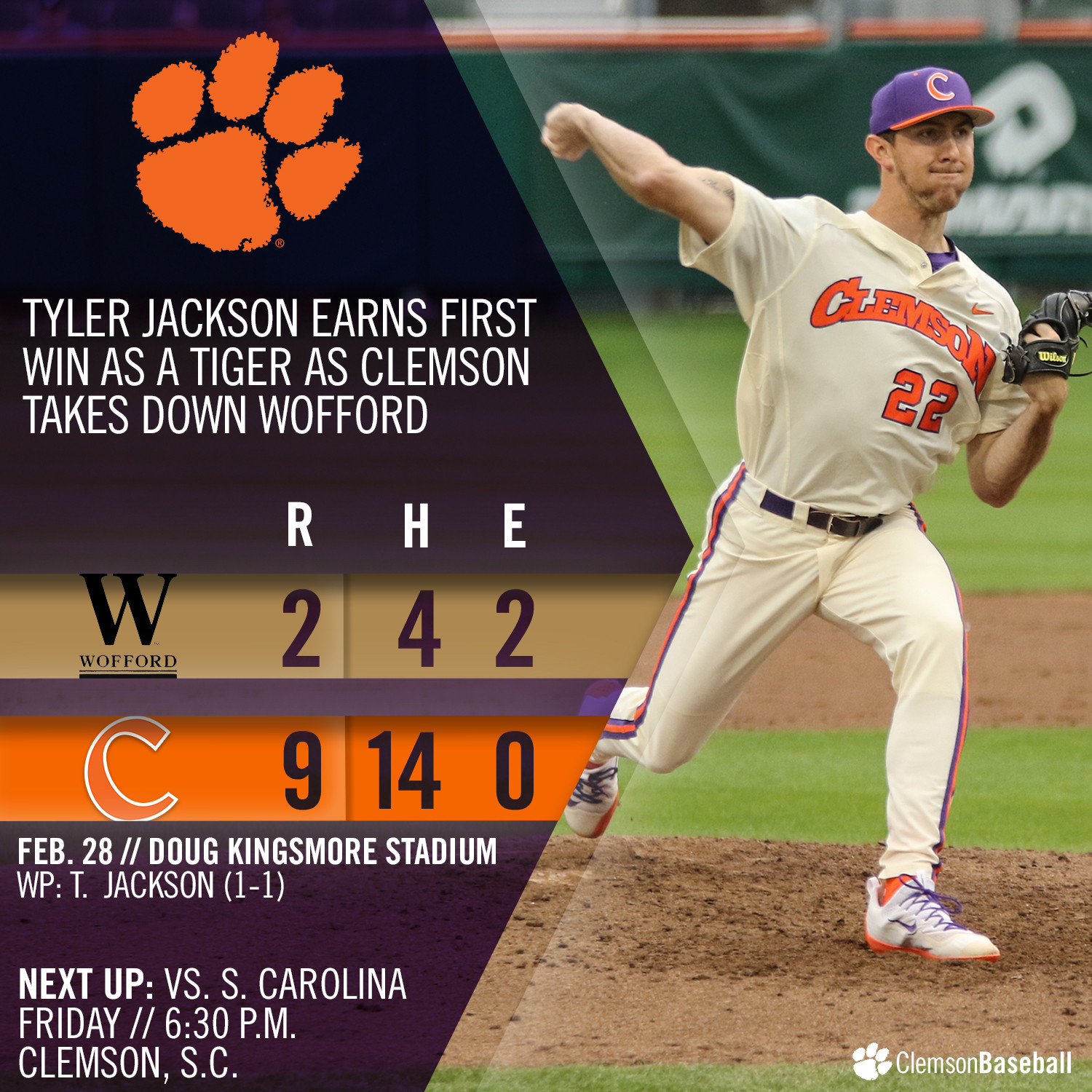 CLEMSON, S.C. – No. 12 Clemson scored two two-out runs in both the first and second inning and added five runs in the eighth inning to defeat Wofford 9-2 at Doug Kingsmore Stadium on Tuesday afternoon. The Tigers, who won their fifth game in a row, improved to 6-2 on the season, while the Terriers dropped to 2-6.

Andrew Cox ripped a two-out, two-run double down the right-field line in the first inning. In the second inning, K.J. Bryant lined a two-out triple to right field to score Robert Jolly, then Bryant scored on a balk. Brett Hash put Wofford on the scoreboard in the sixth inning on a two-out, run-scoring single in the sixth inning. But Clemson added five insurance runs in the eighth inning, highlighted by Robert Jolly’s run-scoring double and Chase Pinder’s two-run single.

Graduate righthander Tyler Jackson (1-1) earned his first win as a Tiger by tossing 7.0 strong innings. He allowed just three hits, one run and one walk with nine strikeouts. Terrier starter Matt Ellmyer (0-1) suffered the loss, as he gave up four runs on eight hits in 4.2 innings pitched.