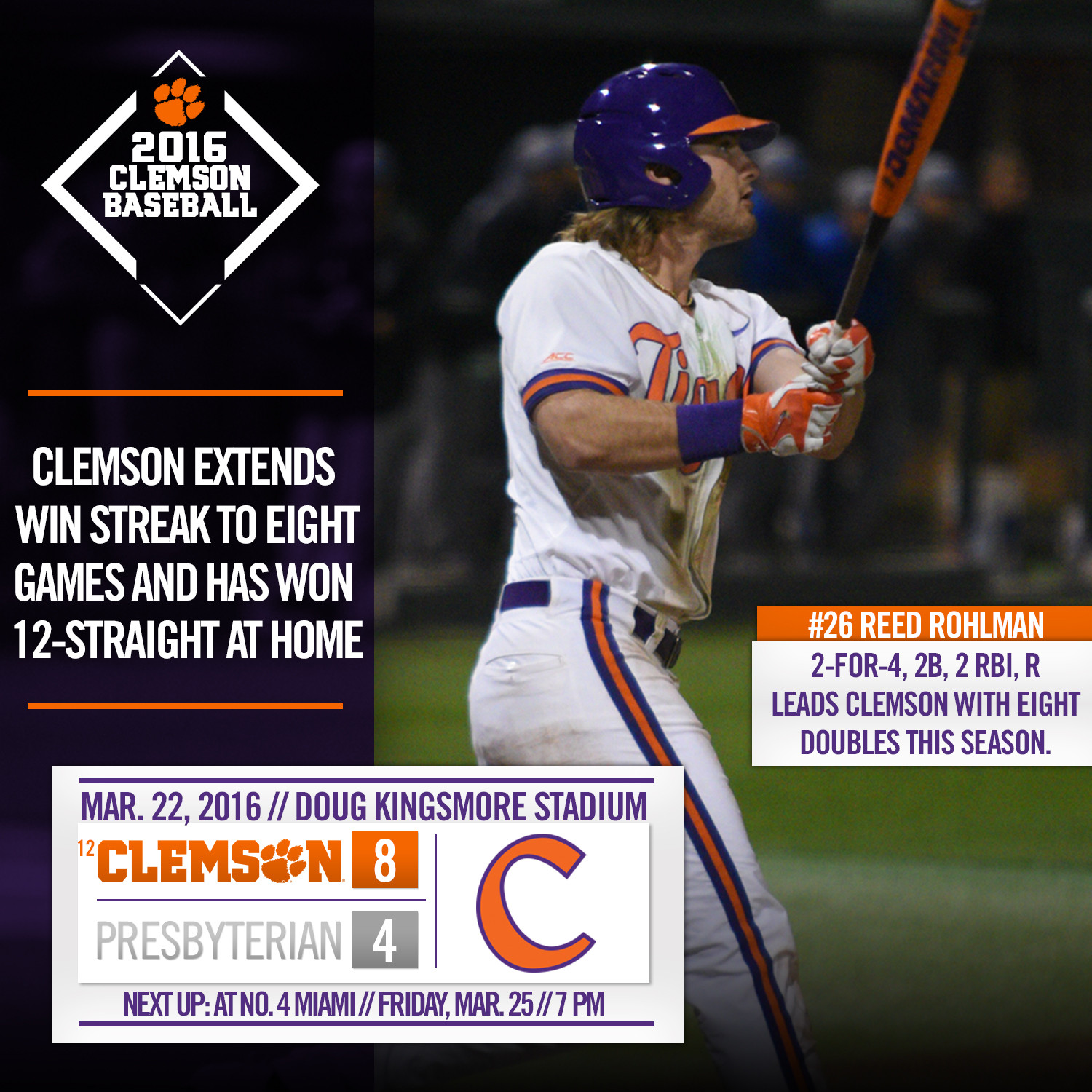 CLEMSON, S.C. – Weston Wilson’s three-run homer in the fifth inning broke a 1-1 tie in No. 12 Clemson’s 8-4 victory over Presbyterian College at Doug Kingsmore Stadium on Tuesday night. The Tigers, who upped their overall winning streak to eight and home winning streak to 12, improved to 17-3 on the season. The Blue Hose dropped to 11-9.

Seth Beer’s run-scoring single in the first inning tied the score 1-1 and extended his hitting streak to 18 games. After three scoreless innings, Wilson belted a three-run homer, his third long ball of the year, with two outs in the fifth inning to give the Tigers the lead for good. An inning later, Reed Rohlman lined a two-out, two-run double, then Chase Pinder added a two-run single in the eighth inning. Clemson’s first six runs came on two-out hits.

Clemson travels to the Sunshine State to face No. 4 Miami (Fla.) in a three-game series at Mark Light Field beginning Friday at 7 p.m., on ESPN3.