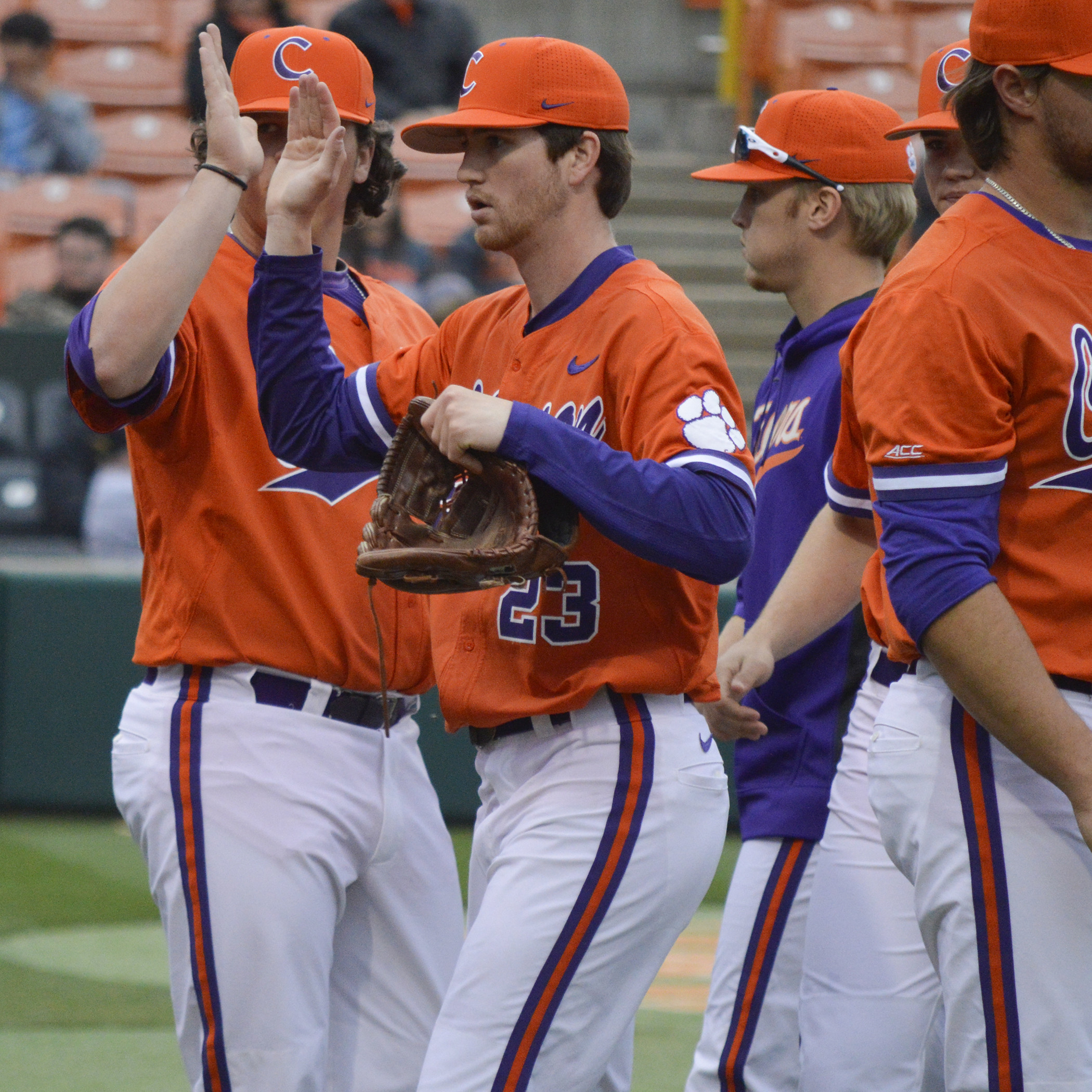 CLEMSON, S.C. – Pavin Smith’s leadoff home run in the seventh inning lifted No. 11 Virginia to a 2-0 victory over No. 9 Clemson at Doug Kingsmore Stadium on Friday night. The Cavaliers, who took a 1-0 lead in the series, improved to 15-3 overall and 2-2 in the ACC. The Tigers, who saw their eight-game winning streak end, fell to 14-4 overall and 3-1 in ACC play.

Virginia did not advance a runner past first base until the seventh inning, when Smith blasted a 3-1 pitch over the fence in right field for his fifth long ball of the year. It ended Charlie Barnes’ streak of 27.2 innings pitched in a row without allowing an earned run. The Tigers put runners at the corners with one out in the eighth inning, but Alec Bettinger left the bases loaded without allowing a run. Virginia added an insurance run in the ninth inning on Cameron Simmons’ double that plated Smith.

Daniel Lynch (4-1) earned the win, as he gave up just four hits, no runs and two walks with four strikeouts in 7.2 innings pitched. Tommy Doyle pitched the ninth inning to record his fourth save of the season. Tiger starter Charlie Barnes (1-2) suffered the loss despite surrendering just six hits, two runs and one walk with seven strikeouts in a career-long 8.1 innings pitched.

The series continues Saturday at 1 p.m., on RSN and ACC Network Extra.