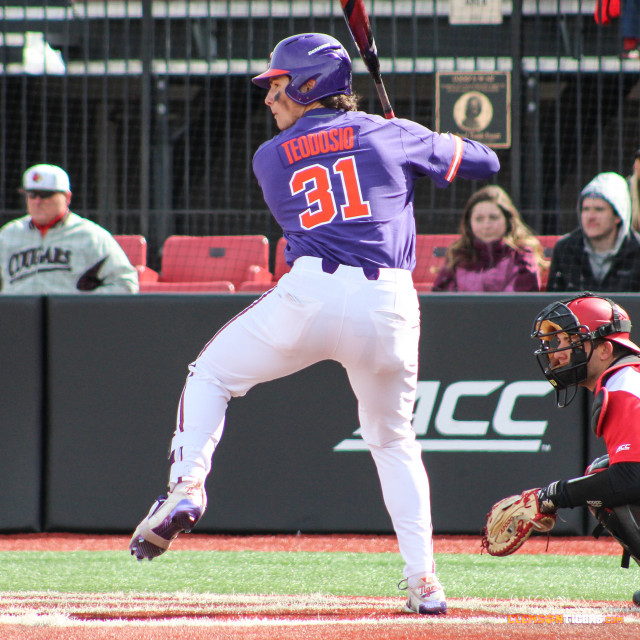 LOUISVILLE, KY. – Three pitchers combined to limit No. 10 Clemson to four hits in No. 11 Louisville’s 5-1 victory in the second game of a doubleheader at Jim Patterson Stadium on Sunday afternoon. The Cardinals upped their record to 18-6 overall and 4-5 in the ACC. The Tigers, who won the series 2-1, fell to 18-6 overall and 5-4 in ACC play.

Starter Nick Bennett (2-0) earned the win in his first start of the season by allowing just two hits, no runs and one walk with seven strikeouts in 5.0 innings pitched. Tiger starter Jake Higginbotham (3-1) suffered his first career loss, as he gave up nine hits, four runs and no walks with one strikeout in 4.2 innings pitched.

In the second inning, Justin Lavey reached on a fielder’s choice on a play that was overturned by replay, allowing a run to score. The Cardinals scored two runs in the fourth inning, highlighted by Pat Rumoro’s two-out, run-scoring double, then Louisville scored a run in the fifth inning on Logan Wyatt’s two-out, run-scoring single. Jordan Greene laced a two-out single to score Drew Wharton in the seventh inning, then Louisville added an insurance run in the eighth inning.

The Tigers continue their road swing with a game against Furman at Fluor Field in Greenville, S.C., on Tuesday at 6 p.m.