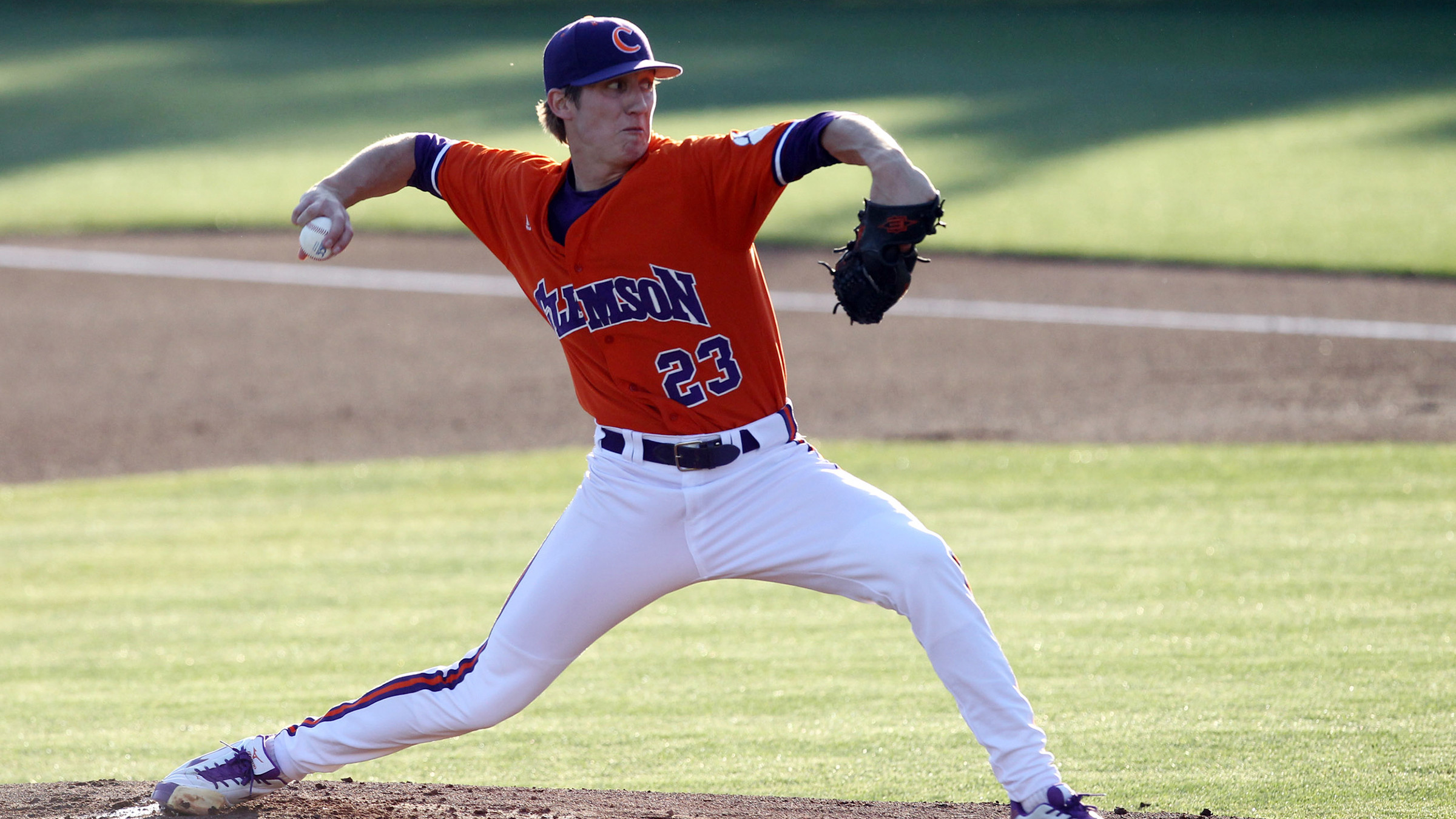 Willie Abreu’s two-out single in the first inning scored Tyler Palmer, then Clemson responded with a run in the third inning on Steve Wilkerson‘s one-out single to left field that plated Weston Wilson to tie the score 1-1. After eight scoreless innings, the Hurricanes scored two runs in the 12th inning, the first on Palmer’s one-out double to left field that scored pinch-runner John Lawroski and the second on Zack Collins’ one-out single to right to plate Palmer.

Thomas Woodrey (3-0) earned the win in relief by pitching a perfect 11th inning, while Bryan Garcia recorded his 13th save of the season. Drew Moyer (3-1) suffered the loss. In a no decision, Daniel Gossett allowed just one run on seven hits in 9.0 innings pitched. He also tied his career high with 13 strikeouts.

“We had some opportunities during the course of the night,” said Head Coach Jack Leggett. “I have nothing negative to say about our team, we were just one hit away.

“Gossett pitched extremely well and I would have loved to been able to win the game for him. He had all his pitches going for him. His breaking ball was really good, fastball was good, and he worked ahead of the count and got out of problems when he had them. He’s a great competitor for us.”

The series concludes Sunday at 1 p.m. on CSS and ESPN3.