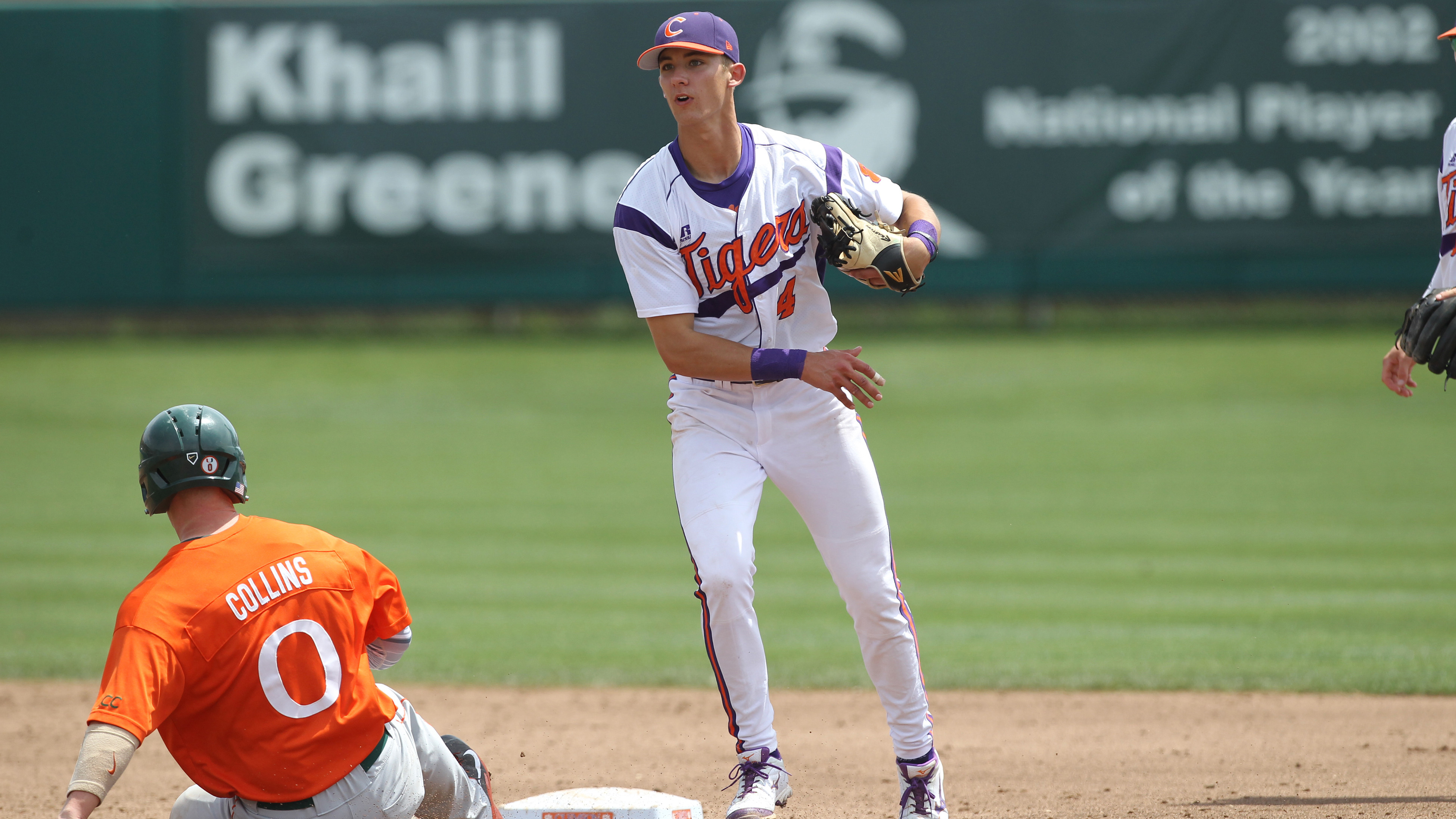 CLEMSON, S.C. – The No. 11 Miami (Fla.) Hurricanes totaled 16 hits en route to a 10-2 win over #20 Clemson at Doug Kingsmore Stadium on Sunday afternoon to finish off the three-game sweep. Miami (32-13) improved to 19-1 in its last 20 games by scoring two runs apiece in the first, fourth and fifth innings, then it scored four runs in the eighth inning to put the game out of reach.

Alexander Hernandez had a career-high four hits to lead the Hurricanes, who had six players with double-digit hits. Steve Wilkerson hit a single in the seventh inning to become the 45th Tiger in the ACC era (1954-14) to join the 200-hit club. It also extended his hitting streak to 10 games, his fifth career double-digit hitting streak, for the Tigers (25-19, 12-11 ACC).

“They are a hot team and they can pitch,” said Head Coach Jack Leggett. “Their starting pitching is extremely good. They don’t give you any second chances or much room to breathe. Once their starter got the runs he needed, he started throwing everything for strikes. We have to collect ourselves, get through exams and hopefully have a good 12-game schedule at the end.”

Starter Bryan Radziewski (4-2) allowed just one run on four hits with nine strikeouts in 6.0 innings pitched to earn the win. Clemson starter Jake Long (2-3) suffered the loss. The Tigers have four days off for final exams before returning to action with a two-game home series against James Madison starting Friday at 7 p.m.