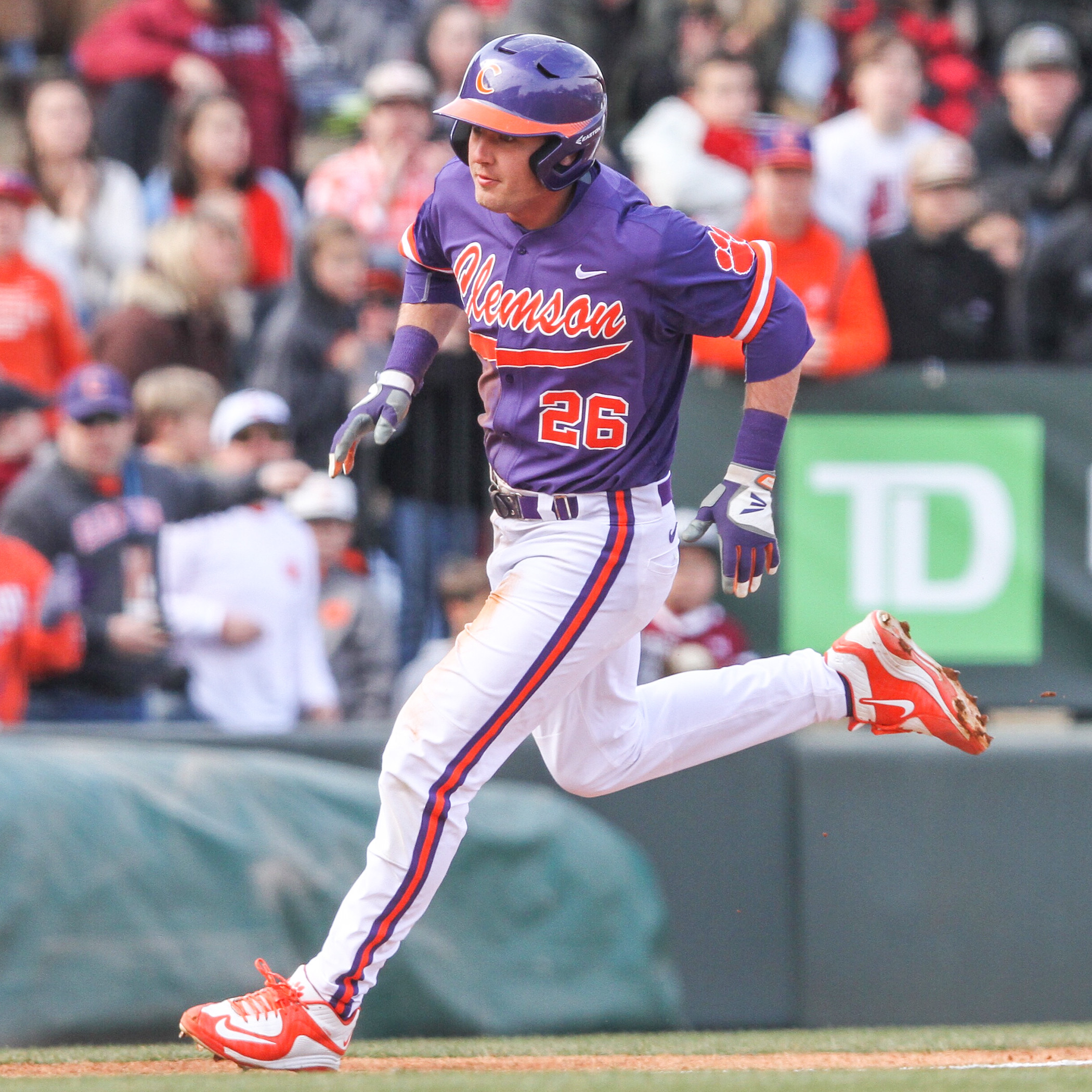 GREENVILLE, S.C. – Starter Jack Wynkoop pitched 6.0 effective innings to lead No. 10 South Carolina to a 4-1 victory over Clemson in front of 7,175 fans at Fluor Field on Saturday afternoon. The Gamecocks, who evened the series 1-1, improved to 7-2 on the season. The Tigers, who saw their five-game winning streak come to an end, fell to 6-3.

The Tigers jumped out to a 1-0 lead in the first inning on Tyler Krieger’s run-scoring double that extended his hitting streak to 11 games. The Gamecocks answered with three runs in the second inning and one run in the third inning. Clemson loaded the bases with one out in the sixth inning and again with no outs in the seventh inning, but were unable to score in either frame.

Wynkoop (2-1) earned the win by allowing just five hits, one run and two walks with seven strikeouts. Taylor Widener pitched the final 2.0 innings to record his third save of the year. Tiger starter Zack Erwin (1-1) suffered the loss, as he gave up seven hits, four runs (three earned) and no walks with five strikeouts in 6.1 innings pitched.

The series concludes Sunday at noon at Carolina Stadium in Columbia, S.C. The game will be televised by the SEC Network.