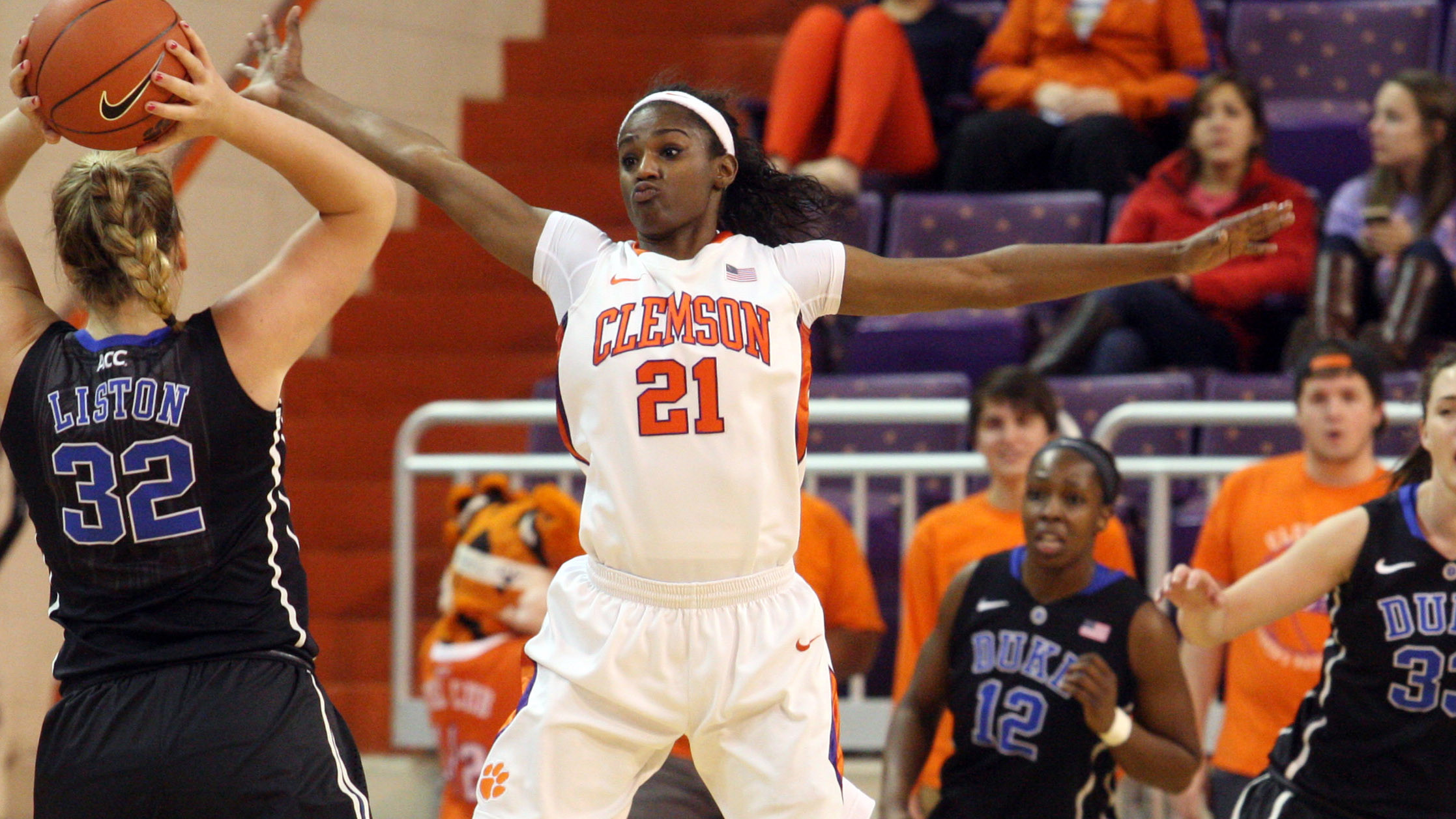 No. 10 Maryland Tops Clemson on Sunday

Maryland used their size advantage to the tune of a 44-23 rebounding edge, and scored 40 of their points in the paint. They also protected the basket, forcing Clemson to rely on the jumpshot. Clemson turned it over fewer times, and had two more steals than the Terrapins, who were able to hold Clemson to a .239 mark inside the arc. Maryland shot .589 in the game, and a .640 (16-25) clip in the second half.

Five Terrapins scored in double-figures, led by Tianna Hawkins’ 17, to go along with ten rebounds. Alyssa Thomas was held ten points below her ACC average, but finished with ten points, ten rebounds, and five assists.

Clemson’s point guards struggled to a 3-25 (.120) mark from the floor. However, Charmaine Tay did grab nine rebounds, one shy of her career-high, in 34 minutes of play.

Dixon’s milestone point came with 5:26 left in the first half one the second of two free throws, on her way to the game-high 17 points. She hit on three of her six three-point attempts. Coming into the game, Dixon had made just six treys on the season, and had half that against Maryland. She’s now averaging 16.4 points per game in ACC play, and 14.6 overall, which ranked eighth in the ACC coming in to the contest.

Kelly Gramlich had her five-game streak with a three-pointer come to an end, but did score six points as Clemson’s second-leading scorer.

The Terps opened the scoring with ten straight before Clemson fought back to get within five at 15-10 on a Pettaway layup.

A 22-2 Maryland run kicked off by a pair of Rutan threes extended the Maryland lead to 44-16. Clemson went 10:20 of game time without a basket before Tay in a runner with 22.0 seconds to play before halftime. The Terrapins took a 44-18 lead into the half, and continued their hot shooting in the second half, making 14 of their first 18 shots, and finishing at .640 overall in the half.

A 12-2 run midway through the half gave Maryland an 80-35 lead with 4:37 to play, but they went the final four-plus minutes without a field goal.

Clemson will play four of the next five on the road, beginning with Virginia Tech on Thursday in Blacksburg, followed by a trip to a ranked Florida State club in Tallahassee on Super Bowl Sunday.