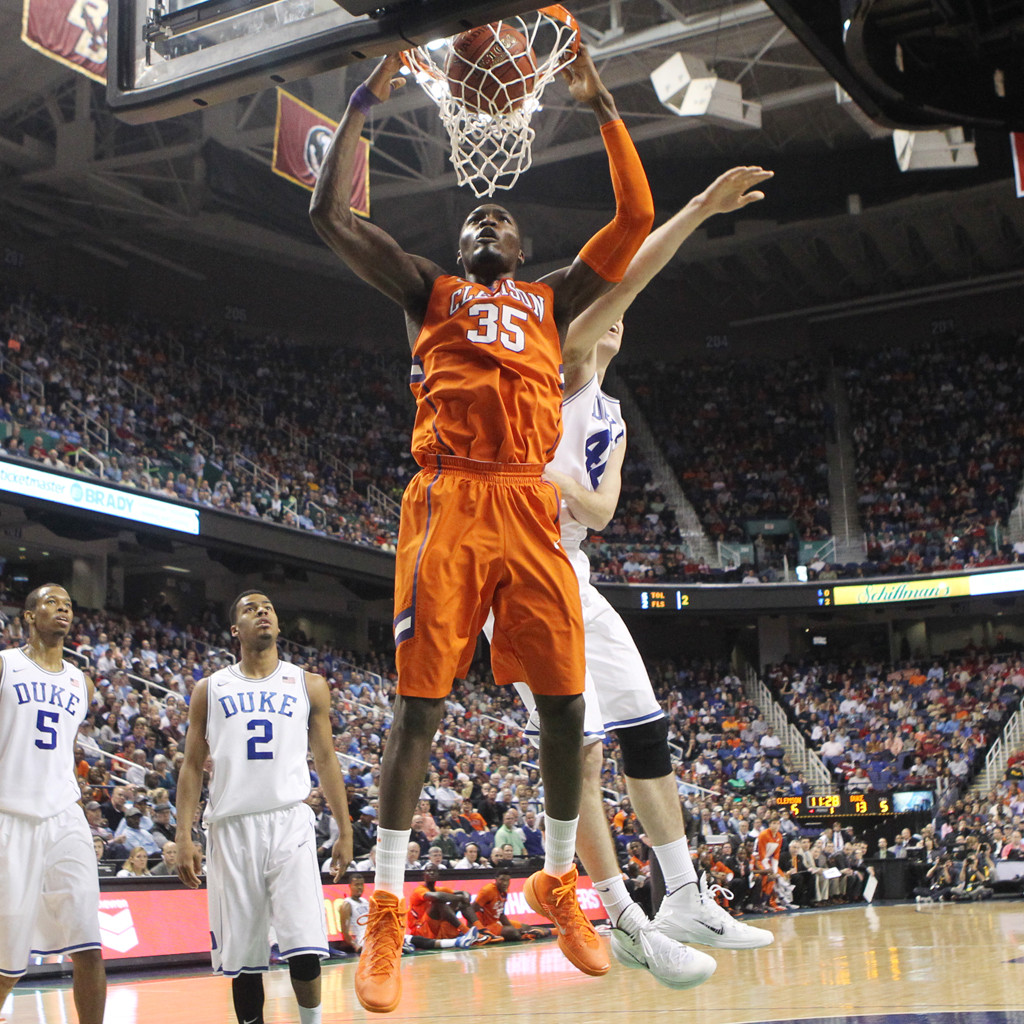 Landry Nnoko was one of 30 collegiate players to serve as a counselor from July 31 through Aug. 4 at the prestigious adidas Nations Basketball Experience. The annual event was held in Los Angeles and consisted of the top players ages 18 and under from Africa, Asia, Canada, Europe, Latin America and the United States.

Nnoko competed alongside and against some of the top big men in the NCAA on his trip, including Wisconsin’s Frank Kaminsky, Arizona’s Kaleb Tarczewski and UCLA’s Tony Parker.

We caught up with the Tiger big man following his trip for a quick Q&A.

CT.com: What was your reaction when you received an invite to the adidas Nations camp?

Nnoko: I was actually invited to the Nike big man camp first, and then to adidas Nations. Nike wanted a decision right away. Because of the time commitment I had with summer school, I had to choose one or the other. But it was a chance to be around some of the top college players in the country, so I was excited about that.

CT.com: What did a typical day at the camp look like for college counselors?

Nnoko: It was work, honestly. A typical day was waking up at 7, having breakfast and then helping conduct drills with all the high school campers. We had to lead the way through the different stations. The first day only involved workouts, but in the afternoon we came back and played games. I played a little, but I felt sick to my stomach and stopped playing. Each day mainly consisted of drills in the morning, followed by a game. Then we came back at night and played more games.

CT.com: Did you get an opportunity to meet any NBA players, either current or former?

Nnoko: The last two days, some NBA players were there. Tracy McGrady came out and spoke to us. Arron Afflalo (Denver Nuggets) and Kyle Lowry (Toronto Raptors) played against the college guys. The last day, I played with T-Mac on my team, and that was really cool. I wasn’t going to play initially because of my health, because I was sick almost the entire trip. Then they asked me to play, so I did. Just seeing him out there was great.

CT.com: What did you learn about yourself going up against some of the best players in the NCAA?

Nnoko: It reminded me of a lot of things we do at Clemson, especially defensively. All the stuff we do in workouts, we had the same emphasis. I was excited to see where I’m at compared to all those top players. I’m not satisfied by any means, but I’m more confident. I’m excited for next year; I love my team.

CT.com: Coach Brownell said your development is critical for the team; what areas have you worked on the most heading into your junior year?

Nnoko: Confidence. There’s a big difference from being a role player to now being one of the main focuses of the offense. I’ve always had more of a supportive role for all the teams I’ve played on. I’ve been working on my mid-range game and my post moves, of course. And I’m still working on my hands. That’s something I have to improve. That was one of my main focuses this summer, and I’ve still got time before the season comes (to work on them).