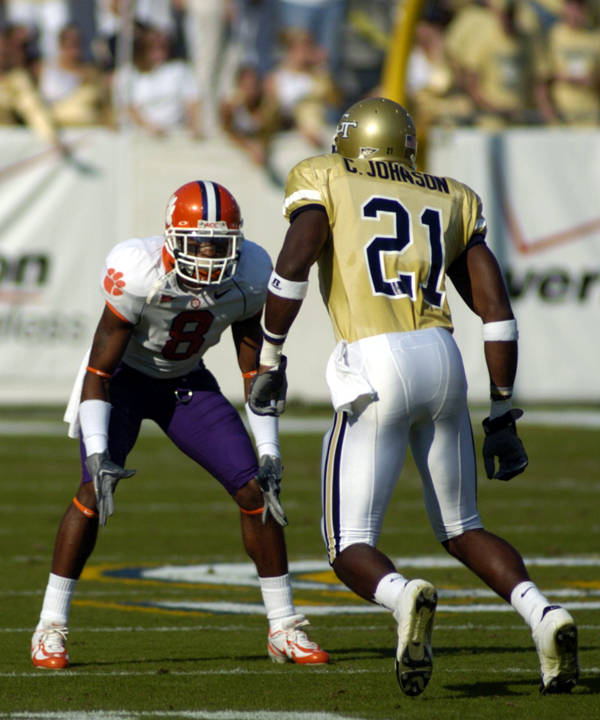 Clemson, S.C.—Eight former athletes from seven different sports, plus one coach from the early days of Clemson football comprise the Clemson Hall of Fame Class of 2017. The announcement of the nine additions was made Friday by Bob Mahony, Executive Director of Clemson’s Block C Club. Induction ceremonies will take place the weekend of September 23 when Clemson faces Boston College in football.

This year’s class includes nearly 100 years of Clemson athletic history. The group includes former Clemson coach Josh Cody, who led the Clemson football program between 1927-30. He never lost to South Carolina in his career, the only Clemson coach with at least four years of experience to make that claim.   He led Clemson to three consecutive years of at least eight wins, the only time that took place within the first 81 years of Clemson football.

Tye Hill is the only former Clemson football player in the class. The 2005 Clemson graduate was an All-American in football as a senior when he was a finalist for the Jim Thorpe Award and was the No. 15 selection of the NFL draft. He was also an ACC Champion in track.

The other seven selections participated in Olympic sports, three in track or cross country, two in soccer, one in golf and one in fencing.

Wolde Harris was among the nation’s top goal scorers in men’s soccer in 1993 and 1994, while Katie Carson was a record setting goal stopper in women’s soccer on Clemson’s first ACC regular season championship team in 2000.

Tony Wheeler was a five-time All-American in track and was named to the ACC 50-Year Anniversary team. Anne Evans was the ACC Cross Country Champion in 1990 and was a two-time All-American. Giselle Oliveira is one of the few athletes in Clemson history be an All-America on the track and in the classroom in the same year.

Richard Coughlan was a three-time All-ACC golfer and two-time All-American. He was the ACC Player of the Year in 1997 when the Tigers finished third at the NCAA Tournament. Steve Renshaw was the greatest fencer in Clemson history. He was a four-time All-American and led Clemson to the 1979 ACC Championship.

Bios on Clemson Hall of Fame Inductees for 2017