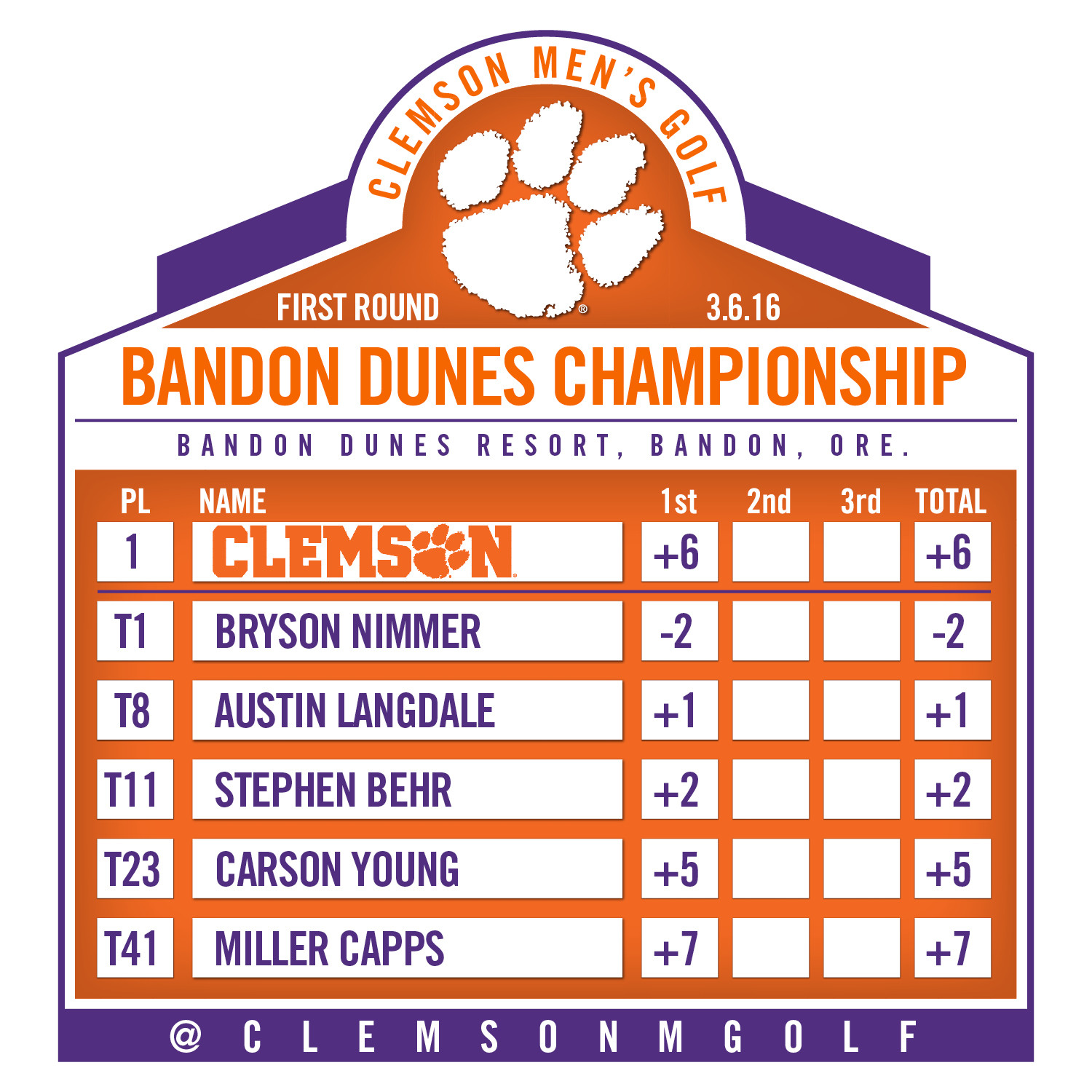 Nimmer Shines on Day One in Oregon

Clemson fired a 6-over-par 290 on Sunday, best in the 12-team field. Nimmer shot a tournament low 69 on the day tying him for the lead after round one. He is currently in a three-way tie for first playing out of the five spot for Clemson.

Junior Austin Langdale shot a 1-over-par 72 tying him for eigth in the 69-man field, birdying the par 5, 16th hole. Graduate Stephen Behr recorded a 2-over-par 73 on his day also birdying 16. Carson Young made two birdies on his day but finished 5-over-par in the opening round. Miller Capps birdied the par-4, 15th hole for his lone birdie on the day, finishing the day at 7-over-par.

Clemson returns to action tomorrow, March 6th for the second day of the three day tournament on the west coast.