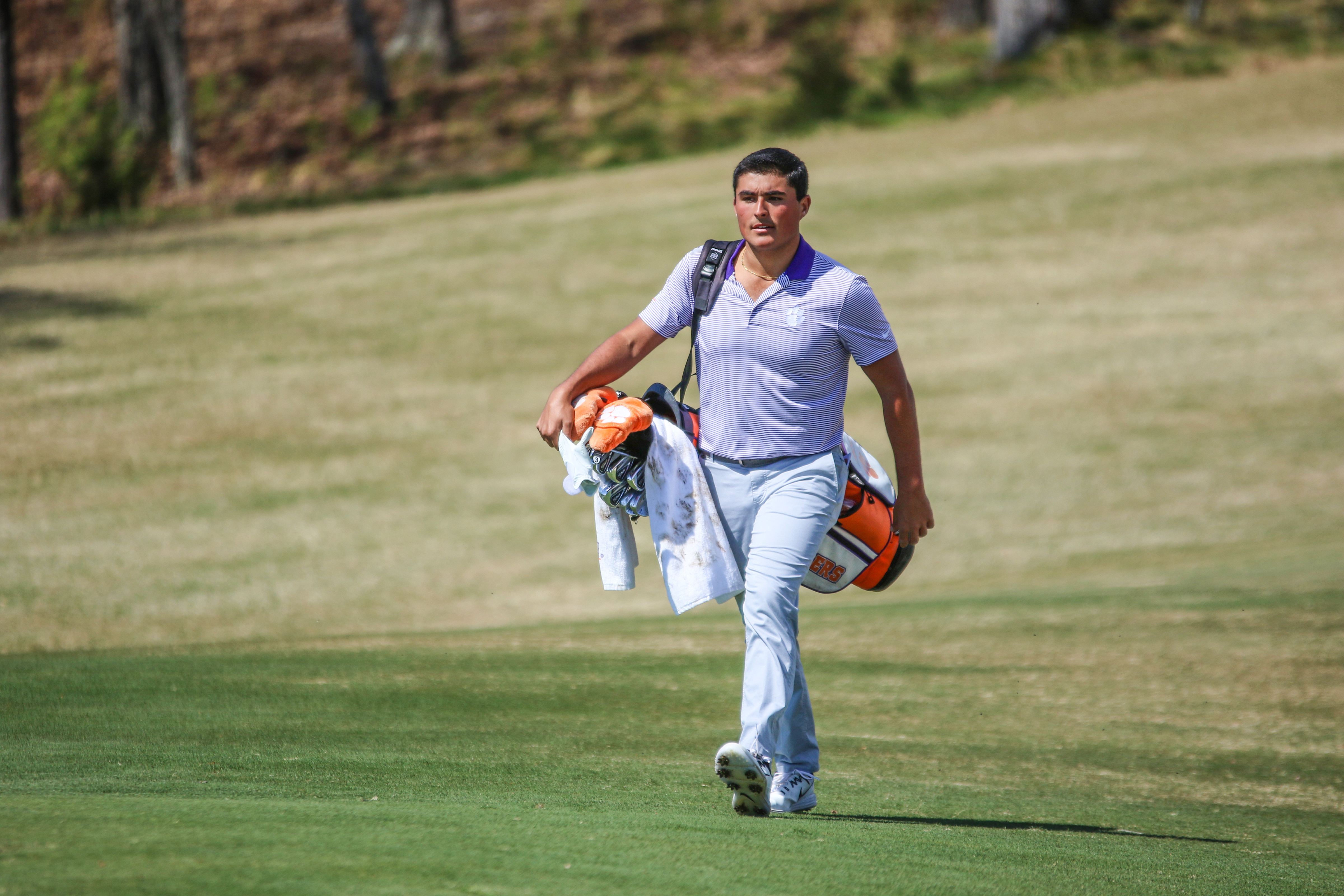 Clemson, S.C.—Clemson golfer Bryson Nimmer has been named the ACC Men’s Golfer of the Month for September by the Atlantic Coast Conference office.   Nimmer had three top 10 finishes in national tournaments and has risen to the No. 9 ranking in the nation according to Golfweek.

Nimmer opened September with a second-place finish at the Carpet Classic at The Farm in Dalton, Georgia.   The junior had rounds of 73-65-69 for a 207 finish, nine-under-par. The 65 tied his career best round.

The native of Bluffton, S.C. then finished seventh at the Trinity Forest Invitational near Dallas, Tex., September 24-26 thanks to rounds of 69-73-67, a 209 total, four under par.   He completed the month with a 10th place finish at the NIKE Elite in Portland, Ore. thanks to scores of 70-69-68

For the month, Nimmer posted a 69.22 average with six rounds in the 60s, seven under-par rounds and a team best 42 birdies.