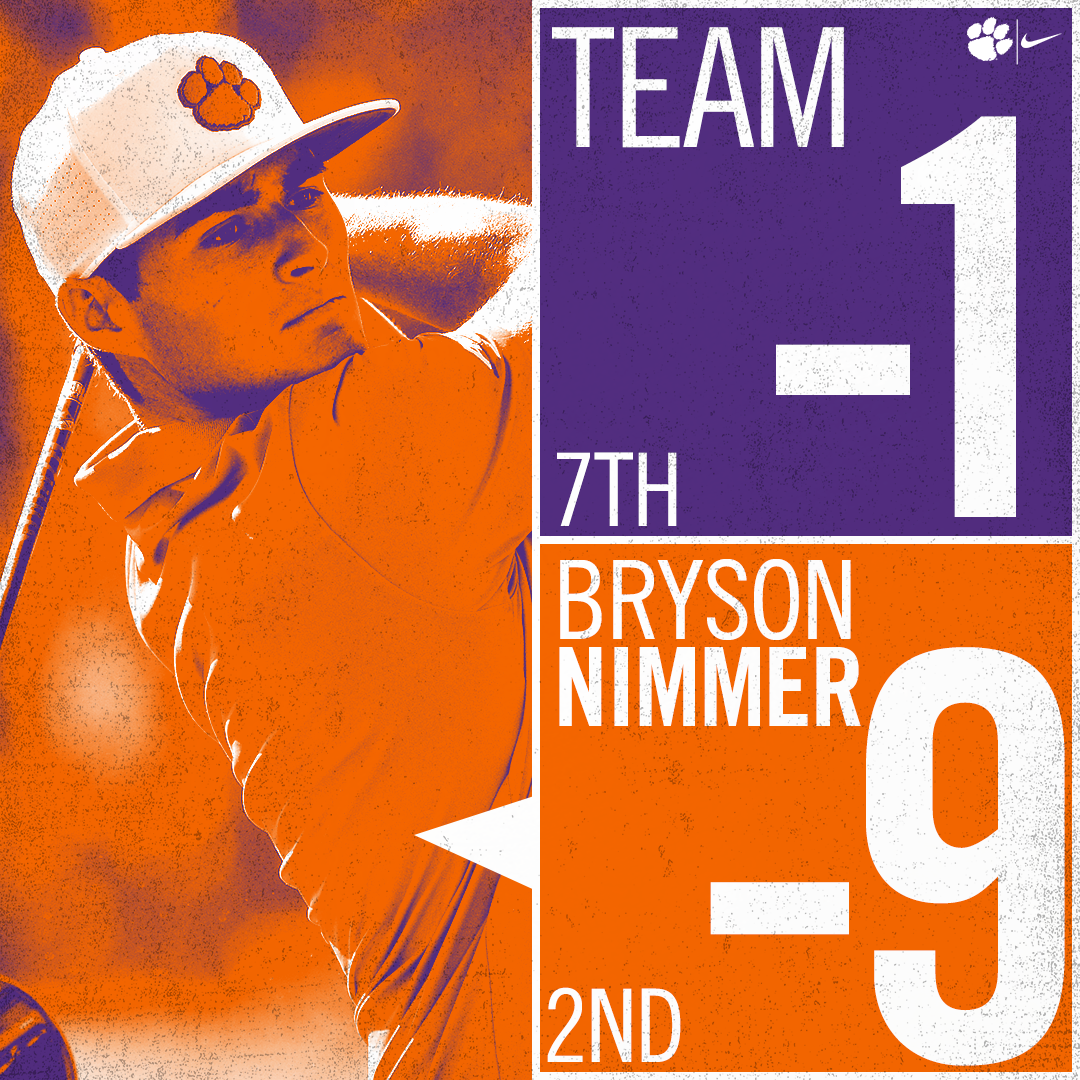 Clemson, S.C.—Bryson Nimmer finished second and freshman Turk Pettit finished tied for third at the Carpet Classic in Dalton, Georgia on Sunday.   They helped Clemson to a seventh-place finish out of the 15 teams from around the nation.

Clemson finished seventh, but was just three shots out of fourth in the competitive tournament that was played at The Farm, a par 72 course outside Atlanta. Georgia Tech and Alabama finished in first place through 54 holes with identical 850 scores. Georgia Tech won a playoff to be declared tournament champion.

Auburn was third at 854 and LSU was fourth at 860. Florida and Tennessee tied for fifth at 862, just one shot ahead of the Tigers. South Carolina was eighth at 865, two shots in back of Clemson. The field included nine teams from the ACC and SEC.

It was a wild ride up and down the scoreboard on Sunday for the Tigers. At one point, Clemson was in ninth place, then played holes 12-14 at 12-under-par to jump into fourth place. The Tigers then played the last three holes at seven-over-par to fall back to seventh. Still, Clemson finished at 286 for the day, two under par.

Clemson played the tournament without No. 1 player Doc Redman, who was playing in the Walker Cup for the United States team this weekend in Los Angeles.

Nimmer finished second with a score of nine-under-par 207 for the 54 holes. It tied for his best tournament finish as a Clemson golfer. He finished second to Alejandro Tosit of Florida, who shot 205.   Nimmer had rounds of 73-65-69. His second round 65 was the low round of the tournament for any golfer.

Pettit was certainly a bright spot for the Tigers with his third-place finish after consistent scores of 70-69-70. He finished at seven-under-par 209, tied with three other golfers.

William Nottingham was Clemson’s third best golfer on Sunday and for the tournament. The sophomore was three-over-par early, then had an eagle on the 12th hole to get back to even par. He finished with a 72 on Sunday and shot 220 for the weekend to finish 34th in the field of 81 golfers.