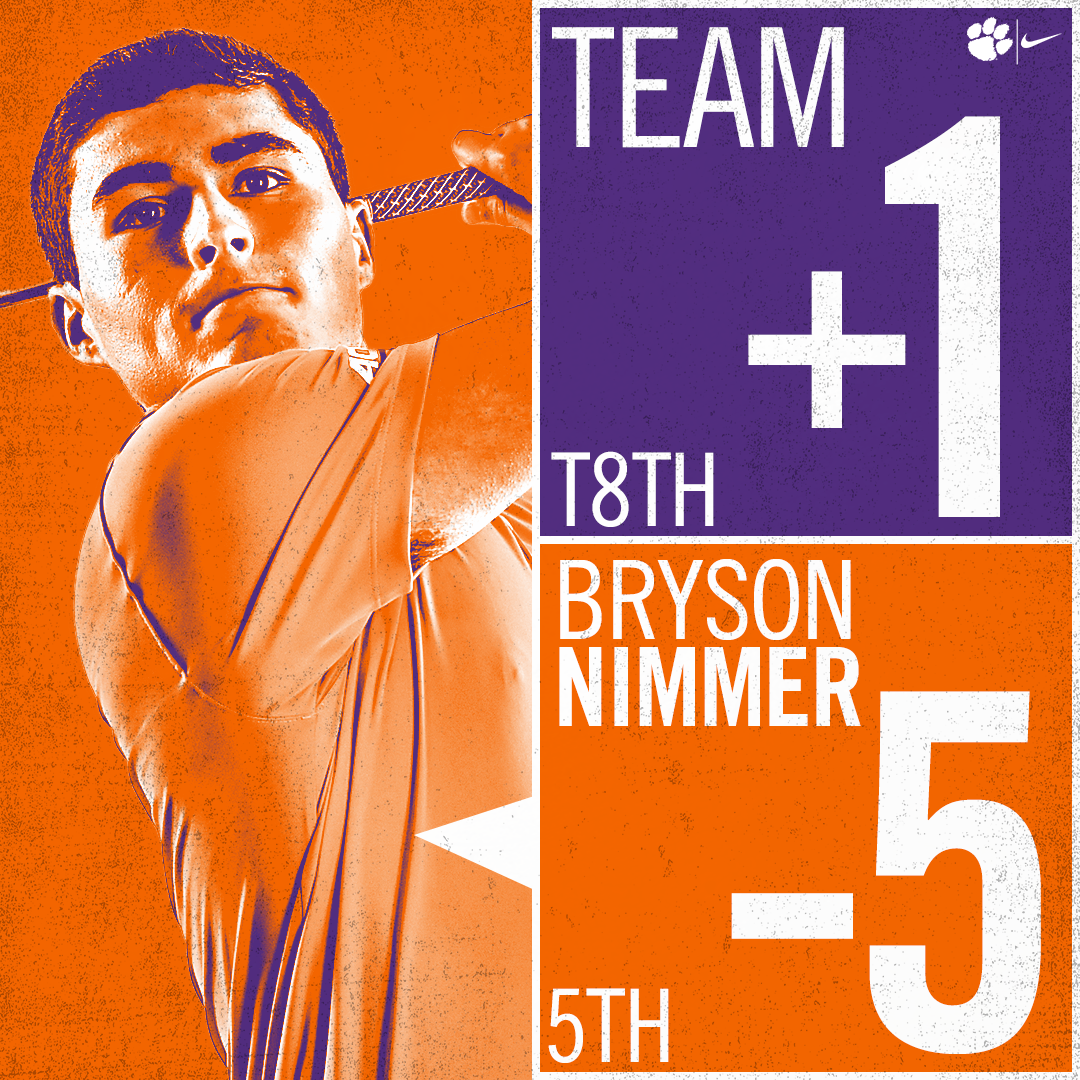 Clemson, S.C.—Bryson Nimmer fired a seven under par 65 to lead Clemson to a 282 team score and an eighth place standing out of 15 teams after two rounds of the Carpet Classic in Dalton, Georgia.   While the Tigers are in eighth place, they are just seven shots off the pace set by first place Florida after 36 holes. The tournament concludes Sunday at the par 72 course.

Clemson made a 13-shot improvement as a team on Saturday compared to Friday’s first round and Nimmer had a lot to do with that as he improved from an opening round 73 to the 65. Nimmer’s round was the best in the tournament so far by any of the 81 players and tied his career best round of 65 set on November 6, 2016 at the Ka’anapli Classic in Hawaii.

Nimmer shot a solid two under par 34 on the back nine, then shot a career best 31 on the front nine to jump from 22nd place to fifth place in the individual race with a 138 total. He is four shots off the lead.

Freshman Turk Pettit had another strong round with a three under par 69. Like Nimmer, Pettit made seven birdies in his round and is in sixth place entering the final round on Sunday with a 139 score.   Pettit had an opening round 70 as the former Auburn, Alabama high school football and golf star plays his first career tournament for the Tigers.

Sophomore William Nottingham had an even par 72 in the second round, four shots better than his first round, and his 148 score is good enough for 35th place.  Freshman Kyle Cottam had his second straight 76 and stands at 152 after two rounds, and Coleman Self was the non counter on Saturday with an 81.

Clemson is playing this tournament without No. 1 player Doc Redman, who is playing for the United States team in the Walker Cup this weekend.