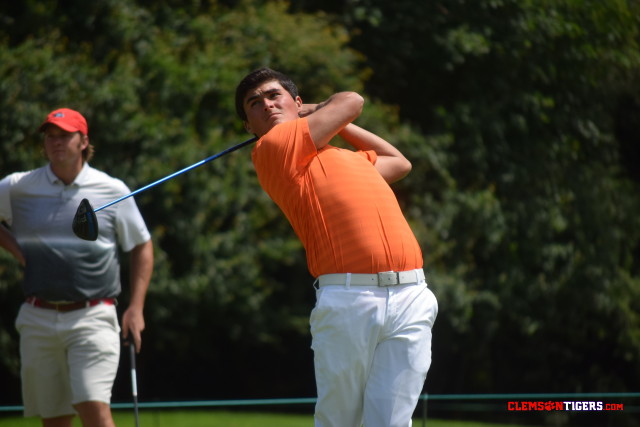 Clemson, S.C.—Clemson golfers Doc Redman and Bryson Nimmer have both been named to the Watch List for the 2018 Ben Hogan Award. The award is presented each year to the top college golfer based on results in college and national amateur events.

The Clemson players are two of 27 players from around the nation on the watch list released by the Golf Coaches Association. Clemson and Vanderbilt (3) are the only schools with more than one representative on the Watch List.   Clemson has had two winners of the Ben Hogan Award previously, D.J. Trahan in 2002 and Kyle Stanley in 2009.

Redman won the 2017 United States Amateur at Riviera Country Club in August and also had a second-place finish at the Western Amateur. He was Clemson’s top golfer last year with a 70.77 stroke average, second best in Clemson history. So far this year, Redman has a 71.22 stroke average for three tournaments and had a fifth place finish at the Nike Elite in Oregon.

Both Redman and Nimmer will be in the Clemson lineup when the Tigers begin their spring season this coming Sunday at the Puerto Rico Classic.