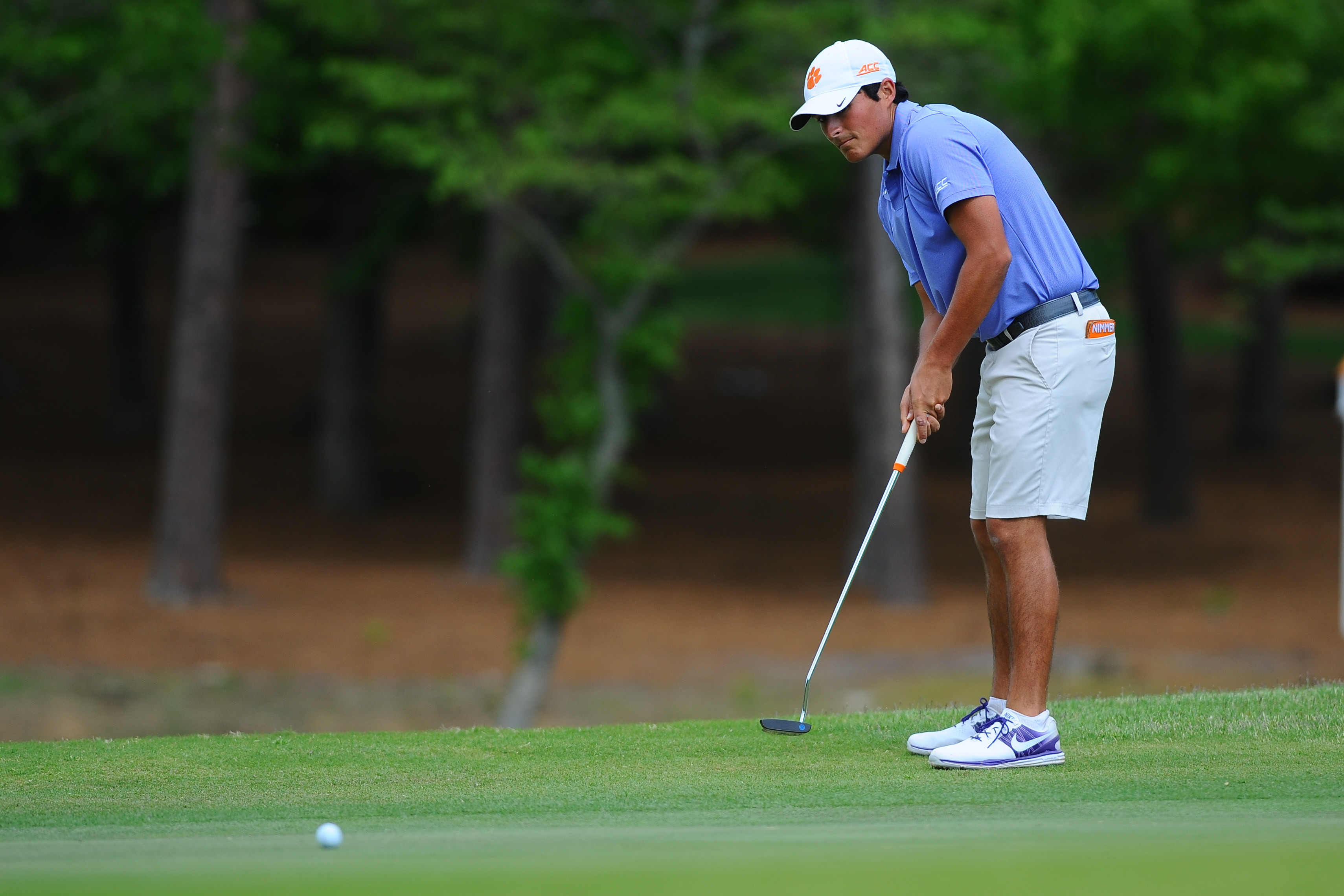 Nimmer and Redman Fall in Second Round

Clemson, S.C.—Clemson freshman Doc Redman and sophomore Bryson Nimmer both fell in the second round of match play at the 116th United States Amateur at Oakland Hills Country Club in Bloomfield Hills, Michigan on Thursday morning.

Redman lost 5&4 to Sam Horsfield, a University of Florida rising sophomore who won the Phil Mickelson Award as the nation’s top freshman this past year.   Nimmer lost to Luis Gagne of Orlando, Florida and the LSU golf program, 3&2.    Gagne had a 5-up lead with seven to play before Nimmer won holes 13 and 14.  The two players halved holes 15 and 16, which allowed Gagne to gain the victory on the 16th green.

Nimmer and Redman each won first round matches on Wednesday, the first time Clemson had two players advance in match play since 2009 when Ben Martin and Philip Mollica did it.

Nimmer, Redman and the Clemson golf team begin their season Friday, September 9 at the Carpet Classic in Dalton, Georgia.