Clemson, S.C. — Bryson Nimmer and William Nottingham were named to the All-ACC Academic men’s golf team for 2019 on Wednesday. The announcement was made by the Atlantic Coast Conference. Both were starters on the Tigers team that finished tied for eighth at this year’s NCAA Tournament, the best finish for the program since 2008.

(Note that Jonathan Byrd was named first-team All-ACC four straight years and was a two-time Academic All-American.  There was no Academic All-ACC team when he played at Clemson, 1996-2000.)

Nimmer graduated last month with a degree in management with over a 3.1 career GPA. On the course, Nimmer had a Clemson record 69.73 stroke average this year thanks to 25 under-par rounds, including a school record 20 rounds in the 60s. He won four tournaments on the way to a record tying 10 top 10 finishes. He finished his career with a 71.07 stroke average, second best in school history, but set career records for top 10 finishes (28) and rounds in the 60s (46).

Nottingham had a 73.59 stroke average this year in playing in all 12 tournaments and 37 rounds. He had four rounds in the 60s, one top 10 finish and nine under-par rounds.   The junior management major will be one of the leaders of Clemson’s team next year. 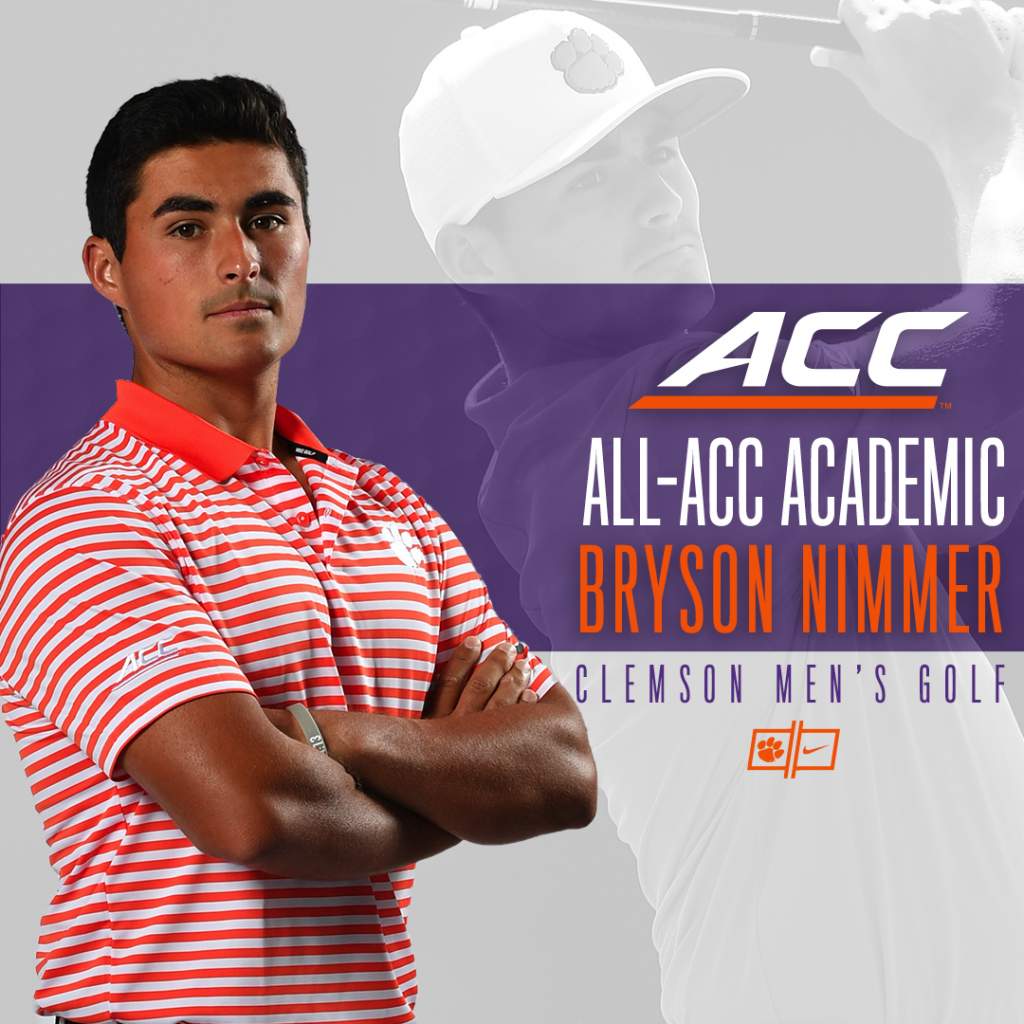 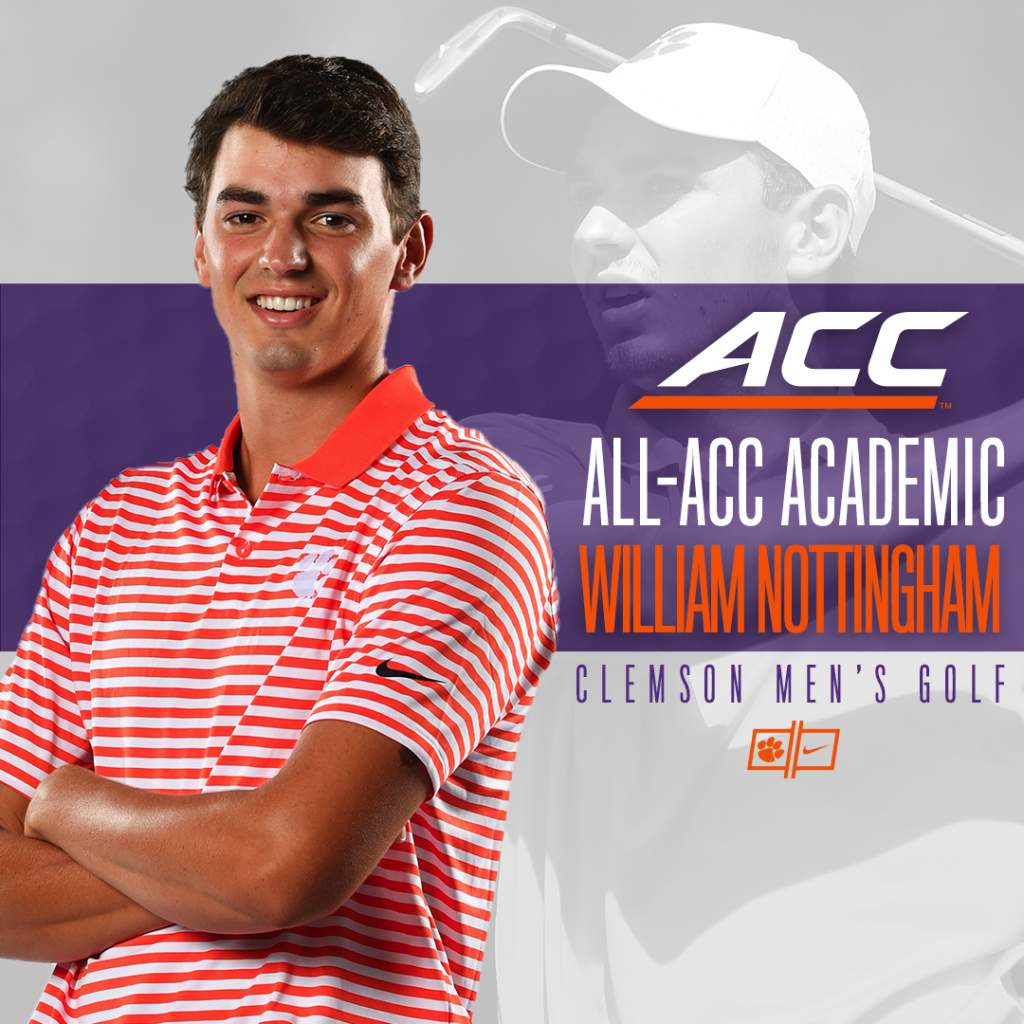