Clemson Director of Athletics Dan Radakovich has announced that Clemson Athletics and Nike have reached an agreement for a 10-year, $58 million extension to their all-sport partnership.

Dan Radakovich (Director of Athletics, Clemson University): “Nike is the one of the premier brands in the world and we’re excited to build upon our relationship. Our brand has grown exponentially in recent years, and this continued partnership will enhance the ‘Power of the Paw’ moving forward.”

Dabo Swinney (Head Football Coach, Clemson University): “Nike is the clear leader among our student-athletes and recruits and we’re excited to continue to provide our players with the best equipment and technology in the market. We have a tremendous partnership and it’s a difference-maker for our program. Being aligned with a global leader like Nike makes the Paw even more powerful.”

Kit Morris (Sr. Director of College Sports, Nike): “Nike is proud to continue its relationship with Clemson, supporting the Tigers in their continued success. It remains a special honor to serve the student-athletes, teams and coaches at Clemson.”

Brian Fairben (NCAA Business Director, Nike): “We took a team trip to Clemson in 2017 and the thing that stood out to us was ‘family.’ It was amazing to see how they treat the players throughout the entire process. I think it’s a special partnership and we’re going to do some amazing things from a product and marketing standpoint moving forward.”

Jeff Lulay (Brand Marketing Specialist, Nike): “The Clemson brand is amazing. Clemson is like the North Star or the gold standard from the branding and marketing standpoint in how they take our product and bring it to life.” 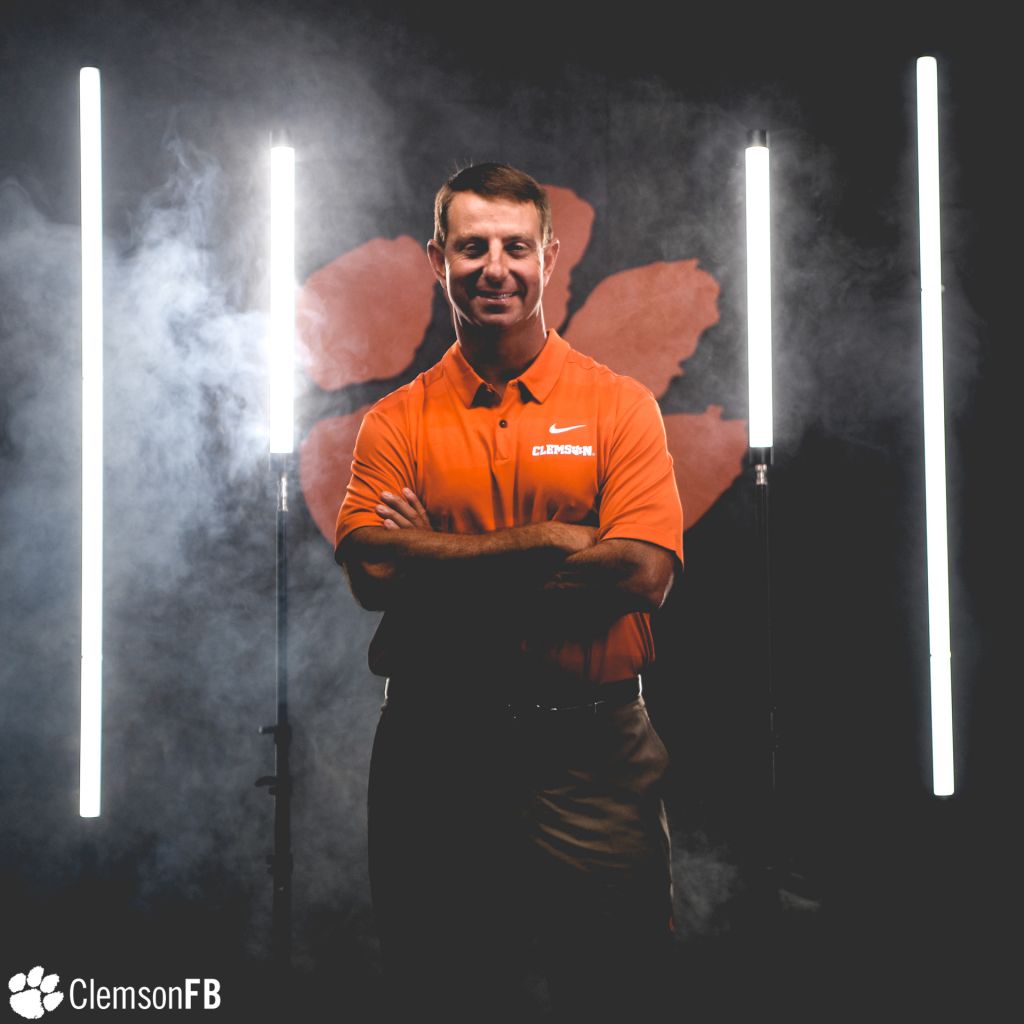 In 2018, Nike remains the world’s most valuable apparel brand.

Since the College Football Playoff’s inception in 2014, all participants have been Nike schools including three appearances by the Clemson Tigers.

In the 2018 NCAA Men’s Basketball Tournament, 47 of 68 participants were Nike schools including Clemson, which reached the Sweet 16.

According to several reports in recent years, Nike is the preferred brand of recruits. In a study by SB Nation, 70% of recruits from the class of 2017 said they preferred Nike. In a 2016 survey by Pick Six Previews (2016), 100 recruits gave Nike a 9.5 out of 10 when asked to rate how “cool” the apparel brands were, the highest ranking of the four options.

Want to see some of the reasons why the Clemson-Nike partnership is so special? Watch a special “Clemson Visits Nike HQ” segment from “Clemson Football: The Vlog (S2,Ep9)!

The new agreement also includes the unique element that the marketing/branding teams from Nike and the Creative Solutions department from Clemson Athletics meet annually to share best practices and ideate together on innovative projects to promote the Clemson and Nike brands. Below are some examples of previous collaborations.