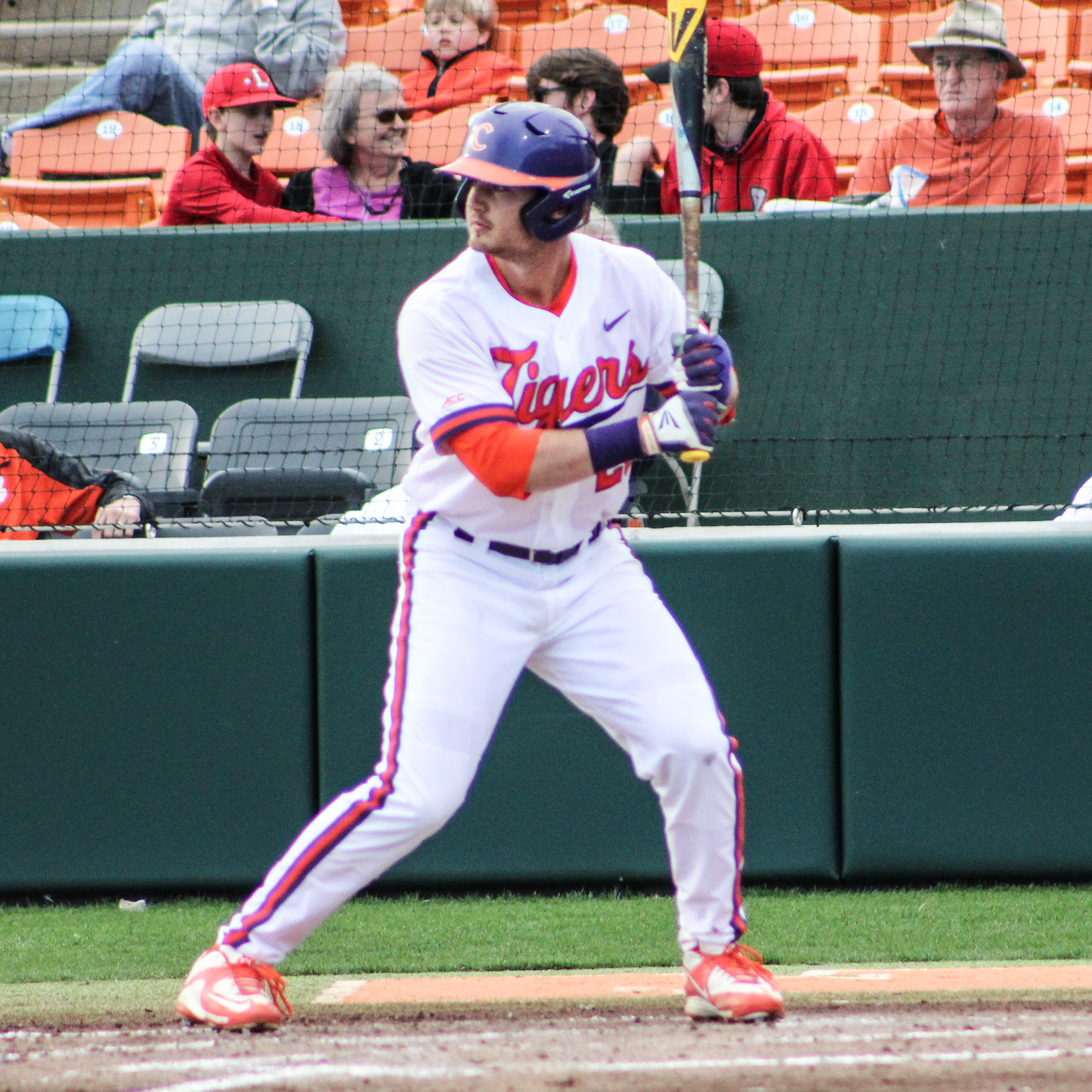 CLEMSON, S.C. – Lane Richards’ infield single with two outs in the eighth inning plated two runs to break a 6-6 tie in Notre Dame’s 11-6 win over Clemson in the second game of a doubleheader at Doug Kingsmore Stadium on Saturday. The Fighting Irish, who evened the series 1-1, improved to 13-4 overall and 2-3 in the ACC. The Tigers dropped to 9-8 overall and 2-3 in ACC play.

Notre Dame scored single runs in the first and second inning, then doubled its lead with two runs in the third inning, highlighted by Zak Kutsulis’ run-scoring triple. The Fighting Irish added two more runs in the fifth inning. The Tigers roared back with six runs on five hits and two costly errors in the sixth inning to tie the score 6-6, even after the first batter of the inning was retired.

The Tigers squandered an opportunity to take the lead in the seventh inning after Eli White led off with a triple, then with two outs and no runners on base in the eighth inning, five straight Notre Dame batters reached base, the fourth of which was Richards’ perfectly-placed single on an 0-2 pitch between home plate and third base that scored the go-ahead run. A throwing error on his single scored another run. The Fighting Irish added three insurance runs in the ninth inning.

Sean Gunther (1-0) earned his first career win by tossing 1.1 innings in relief, while Peter Solomon recorded his fourth save of the season. Pat Krall (0-1) suffered the loss despite pitching 3.1 effective innings, allowing two hits and no earned runs.

The series concludes Sunday at 1 p.m. on ESPN3. Fans can purchase two reserved adult and two reserved youth tickets for only $20. Children 12 and under receive free admission with a paying adult. It is also Sunday Funday, with family-friendly activities during the game and throughout Doug Kingsmore Stadium.