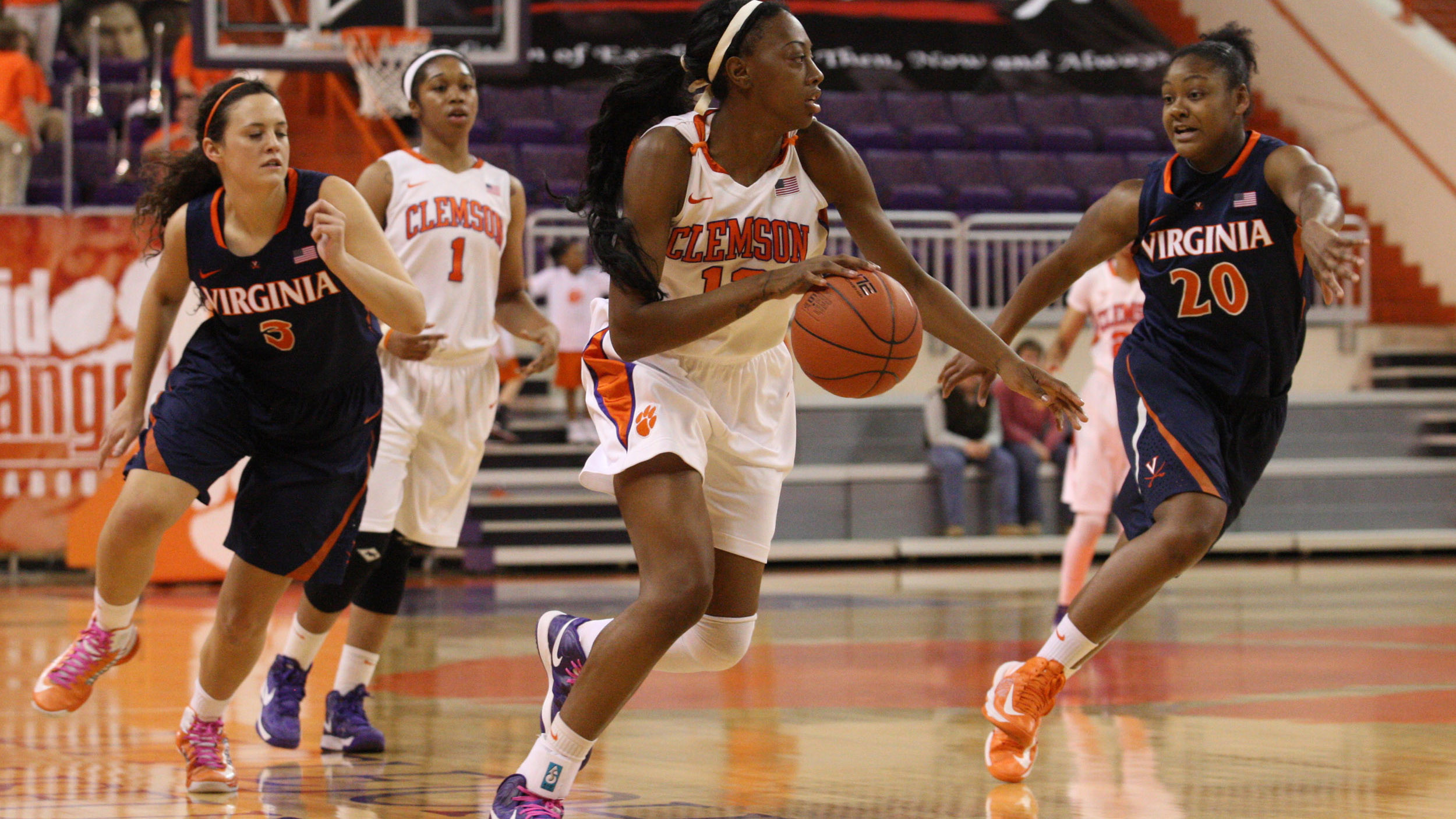 The team honored senior manager Ed Mahan before the game as the program’s lone senior.

“We were definitely tired, and it showed,” said Head Coach Itoro Coleman. “In the first half, we stuck with them. We needed to guard the dribble penetration a little better. We were getting good shots but they weren’t falling. It was evident, as the game progressed, that we ran out of gas.”

Both of Clemson’s available post players, Natiece Ford and Pettaway, logged 36 minutes of action. Ford did pull in a career-high nine rebounds in the game.

NC State took a 26-21 lead into halftime, as scoring stayed within two possessions for most of the half. Out of halftime, the Pack stretched their lead to ten with 16:32 to play before Clemson struck back.

Turner knocked down a three on the ensuing possession, and the teams traded buckets for the next three possessions. Trailing by seven, Pettaway scored on a feed from Charmaine Tay and was fouled. After making the free throw, with 14:11 to play, the teams traded empty possessions. Dixon then jumped a passing lane and layed it in on the fast break with 13:22 to play.

Dixon then stole the ball on the next possession, but the Lady Tigers came up empty with the score 39-37 in favor of NC State. NC State then used an 11-point stretch during an 18-3 run to blow the game open.

Goodwin-Coleman hit three-pointers on three straight possessions to give the Pack a 50-37 lead. with 9:35 left. Clemson was unable to get closer than ten the rest of the way. Fifteen of NC State’s 37 second-half points were off of Clemson turnovers.