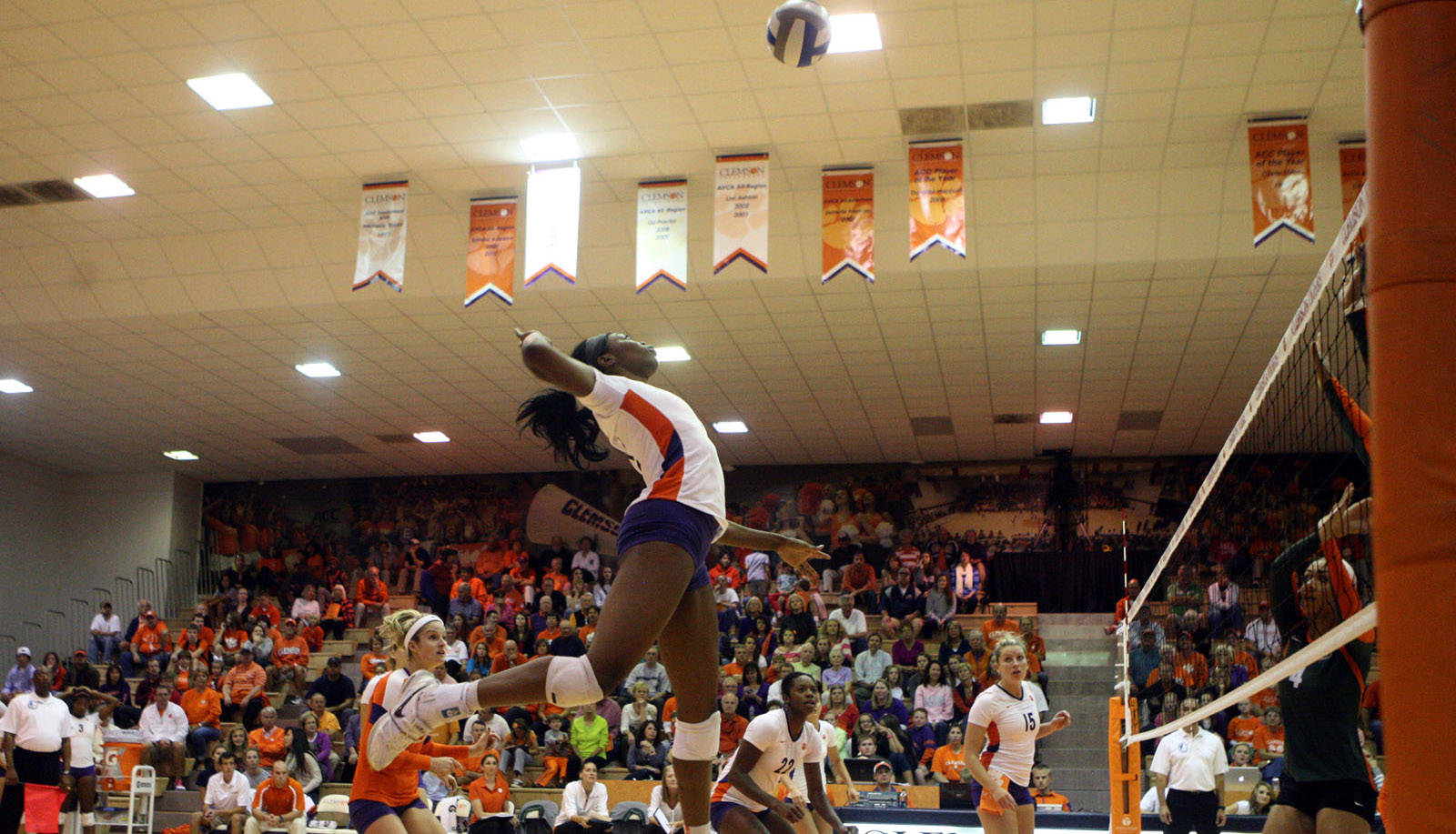 NC State hit .279 against the Tigers and earned a season-sweep of Clemson for the first time since the ACC went to a home-and-home format. With the loss, Clemson had its four-match winning streak snapped.

Sandra Adeleye had 12 kills and hit .393 for the Tigers, while adding five total blocks. Mo Simmons tallied ten kills, nine digs, and two aces in the match as well.

Kristin Faust had seven kills on .263 hitting, five digs, and a career-best four blocks in the match, three of which came in the first nine points of the match. Natalie Patzin also added a team-best 12 digs to move her over 1400 for her career, where she sits fourth in Clemson history. Alexa Rand also became the third Tiger ever with her 600th career block.

Clemson held late leads in both the first and third sets before ultimately succumbing to the Wolfpack, who entered the match ten spots higher than the Tigers in the RPI.

Clemson tallied four blocks in the first nine points as the ran out to a 9-4 lead in the first set. It looked as if it may be another night like the Tigers had in Raleigh, when they had a season-high 17 blocks. However, Clemson managed just two blocks the rest of the way. Meanwhile, the Wolfpack had 10.5, slowing Clemson’s attack.

NC State was able to control the outside, with Dariyan Hopper nailing a match-high 14 kills and Nikki Glass putting down eight with just one error.

Clemson held on to a 19-16 lead in the first set, forcing an NC State timeout. NC State scored six of the next seven points in taking a 22-20 lead. Hannah Brenner four Serenat Yaz for her lone kill of the night, before the Wolfpack turned away their third attack in seven points to a 24-21 lead. They clinched the set on an errant set from Brenner.

The Wolfpack took the lead from Clemson at 7-6 in the second set and did not look back. They hit .441 in the frame, while holding the Tigers to .167 hitting. They were also able to sideout on 13-19 attempts, and won the passing battle.

In the final set, it looked as if the Wolfpack might pull away early, racing out to an 11-3 lead. The Tigers, however, mounted a 14-3 run to take the lead, 17-14 and appeared to have the momentum. Out of a timeout, however, the the Wolfpack scored six straight to take a 20-17 lead, and after an Adeleye kill, scored another four to set up match point. Adeleye fought one off with a kill, but Brie Meriweather closed the match with a solo block on Faust.