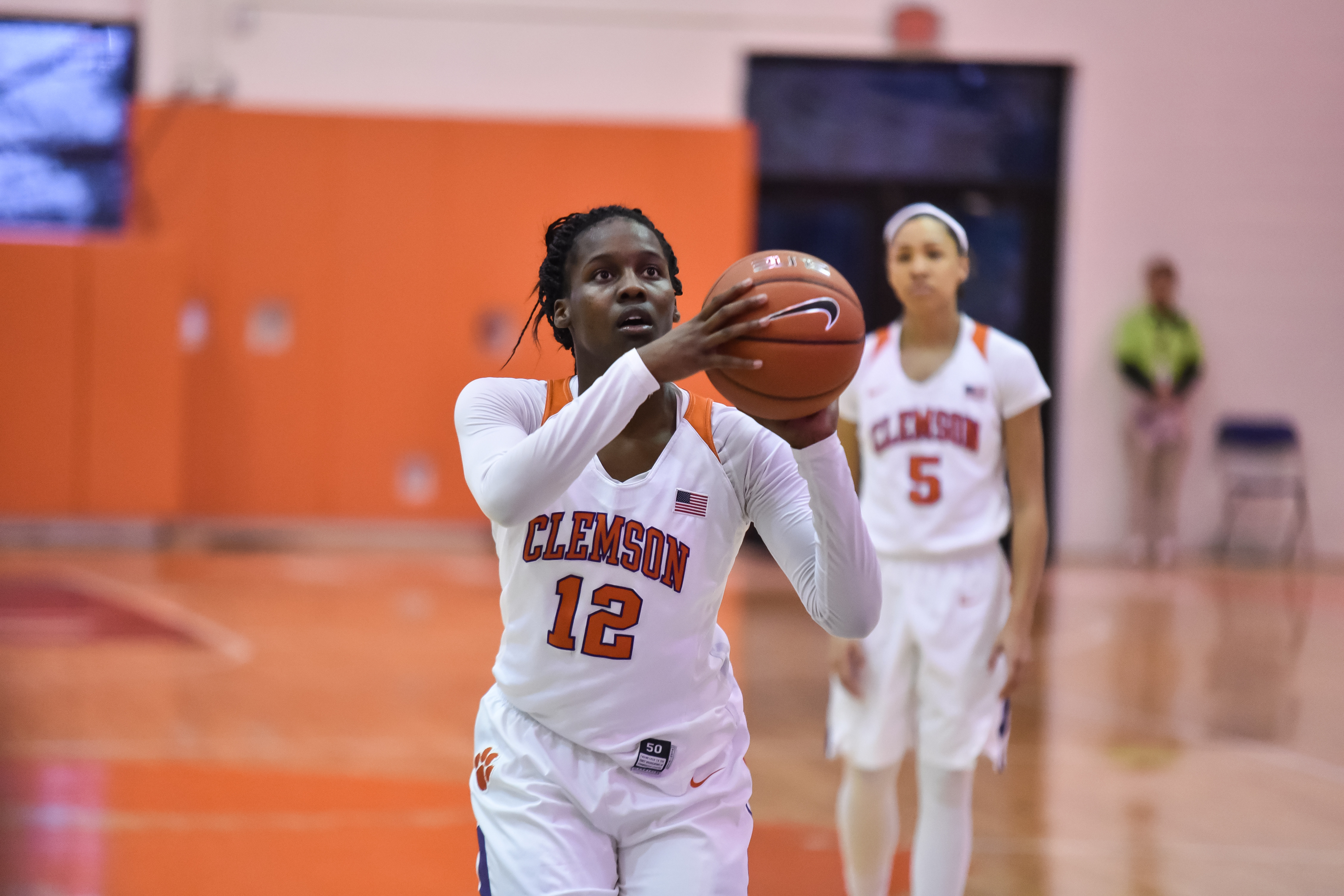 Clemson jumped out to a quick start, taking a 12-4 lead into the first media timeout. NC State fought back to cut the Tiger lead to 12-11 at the end of the first quarter.

With 7:37 remaining in the second quarter, NC State took a 17-16 lead on an Ashley Williams three-pointer. The game saw five more lead changes before halftime. Danielle Edwards hit a layup with 54 seconds left in the second quarter to give Clemson a 28-26 lead at the half. Collier and Perry combined to score 24 of Clemson’s 28 first half points.

The third quarter was much of the same, as neither team could stretch their lead past four points. With 1:53 left in the third, Nelly Perry connected on a three-pointer to give Clemson a 46-42 lead. The Wolfpack countered with a three-pointer by Dominique Wilson to cut the lead to 46-45 at the end of the third.

NC State regained the lead with 7:51 to go in the contest on a layup by Wilson and would never relinquish the lead after that. The Wolfpack finished the game on a 24-9 run and made free throws down the stretch to secure the win.