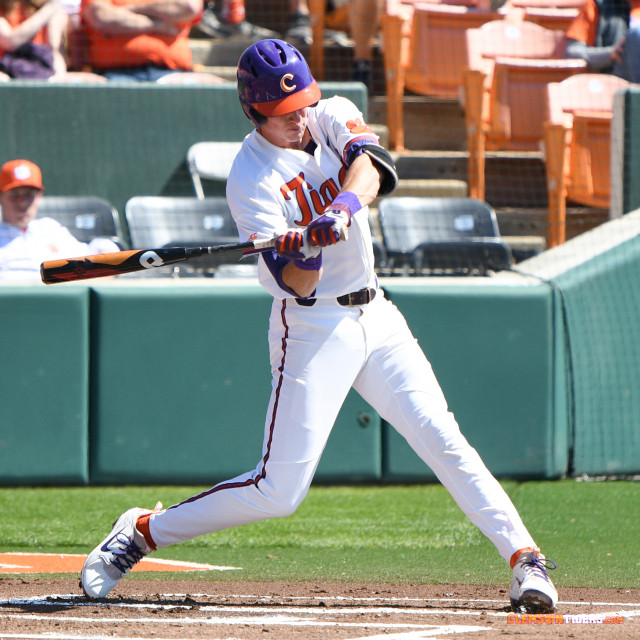 CLEMSON, S.C. – Will Wilson hit two solo homers, including the go-ahead home run in the eighth inning, to lift No. 10 NC State to a 5-4 win over No. 2 Clemson at Doug Kingsmore Stadium on Sunday afternoon. The Wolfpack, who swept the series 3-0, improved to 18-3 overall and 5-1 in the ACC. The Tigers dropped to 16-4 overall and 3-3 in ACC play.

Logan Davidson belted a homer, his third of the season, on the first pitch in the bottom of the first inning to tie the score, then Clemson scored two runs in the second inning, highlighted by Grayson Byrd’s run-scoring double. Josh McLain lofted a two-run homer in the third inning to tie the score 3-3, then Kyle Wilkie belted a run-scoring double in the fourth inning. After NC State tied the score with a run in the sixth inning, Wilson belted his second homer of the game in the eighth inning to give the Wolfpack the lead.

The Tigers travel to Conway, S.C., to take on Coastal Carolina on Tuesday at 6 p.m.