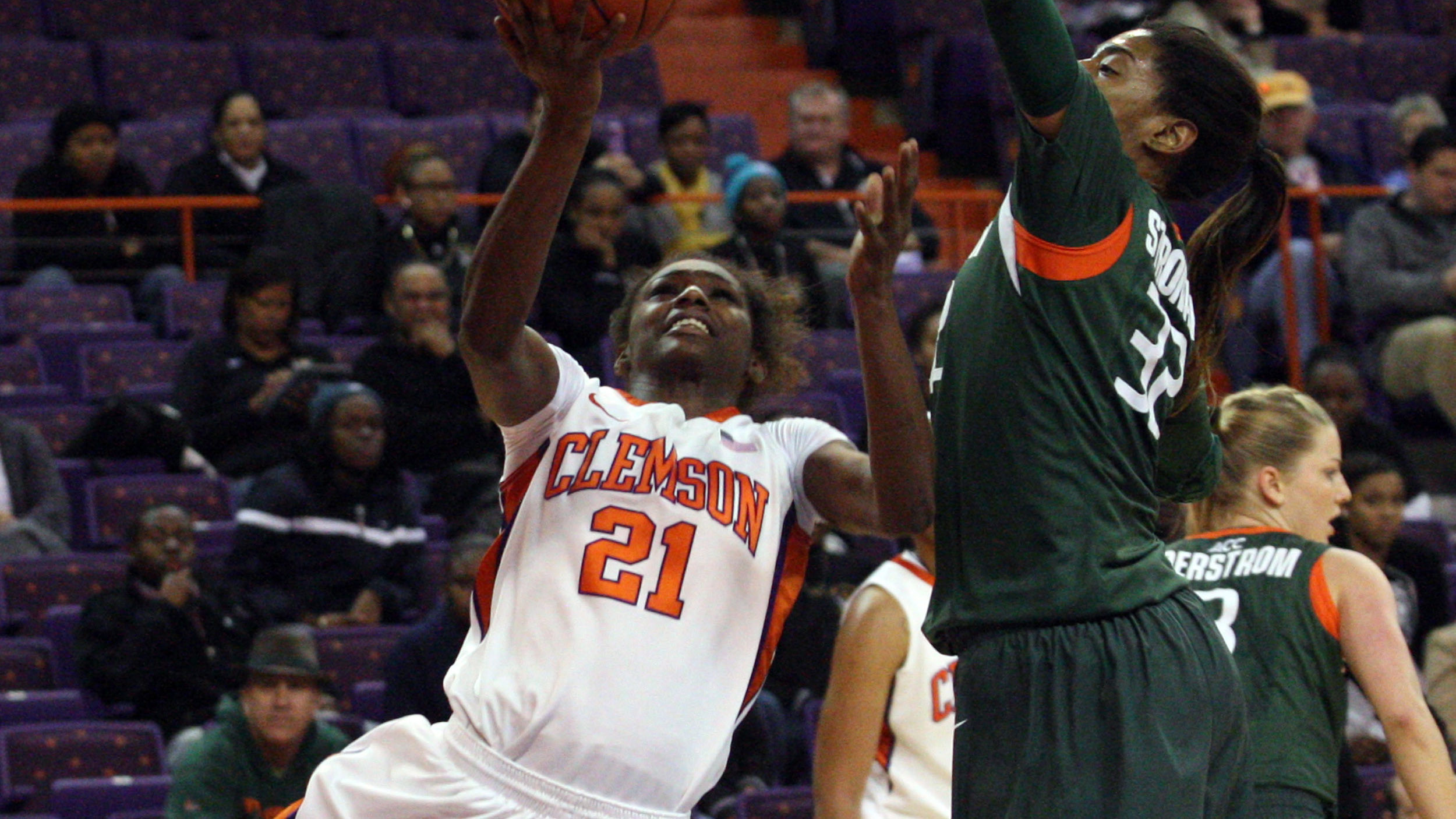 Clemson will play at No. 7 Maryland in their next game on Thursday, before returning home for their Play4Kay “Pink” game on Sunday against Virginia Tech in Littlejohn Coliseum.

Nikki Dixon went 9-10 from the free throw line en route to a game-high 15 points. Dixon also had three blocks in the contest. Quinyotta Pettaway also scored in double-figures, scoring ten points to go with nine rebounds, right near her season averages of 10.5 points and 9.3 rebounds.

Five NC State players scored in double-figures, led by Breezy Williams and Myeshia Goodwin-Coleman, who each scored 12 points off the bench. The Wolfpack shot .403 in the game, while holding Clemson to .264, and a season-low .208 (5-24) in the second half. They also grabbed 26 offensive rebounds in scoring 24 second chance points, and scored 25 points off 21 Clemson turnovers.

The Wolfpack shot .435 (10-23) from three-point territory, while hitting just .387 form inside the arc. Clemson had entered the game second in the ACC in three-point field goal percentage defense, and teams were 7-44 over the last three games against the Lady Tigers.

Chancie Dunn had eight points off the bench, while Charmaine Tay had five points, nine rebounds, and four steals.

After Dunn’s second straight hoop trimmed the Pack lead to four at 23-19, prompting a Pack timeout, NC State closed the half on an 11-2 run over the final 6:06, and scored the first seven points out of halftime to take a 42-21 lead. Until Gramlich’s jumper with 14:36 to play, Clemson had gone 11:40 without a field goal, during which the Wolfpack outscored the Lady Tigers, 24-4, taking a 47-23 lead. The Lady Tigers weren’t able to get closer than 22 points the rest of the way.

The Lady Tigers fell to 30-50 in the all-time series, but will have a chance at a rematch on March 3 in the regular-season finale in Littlejohn.