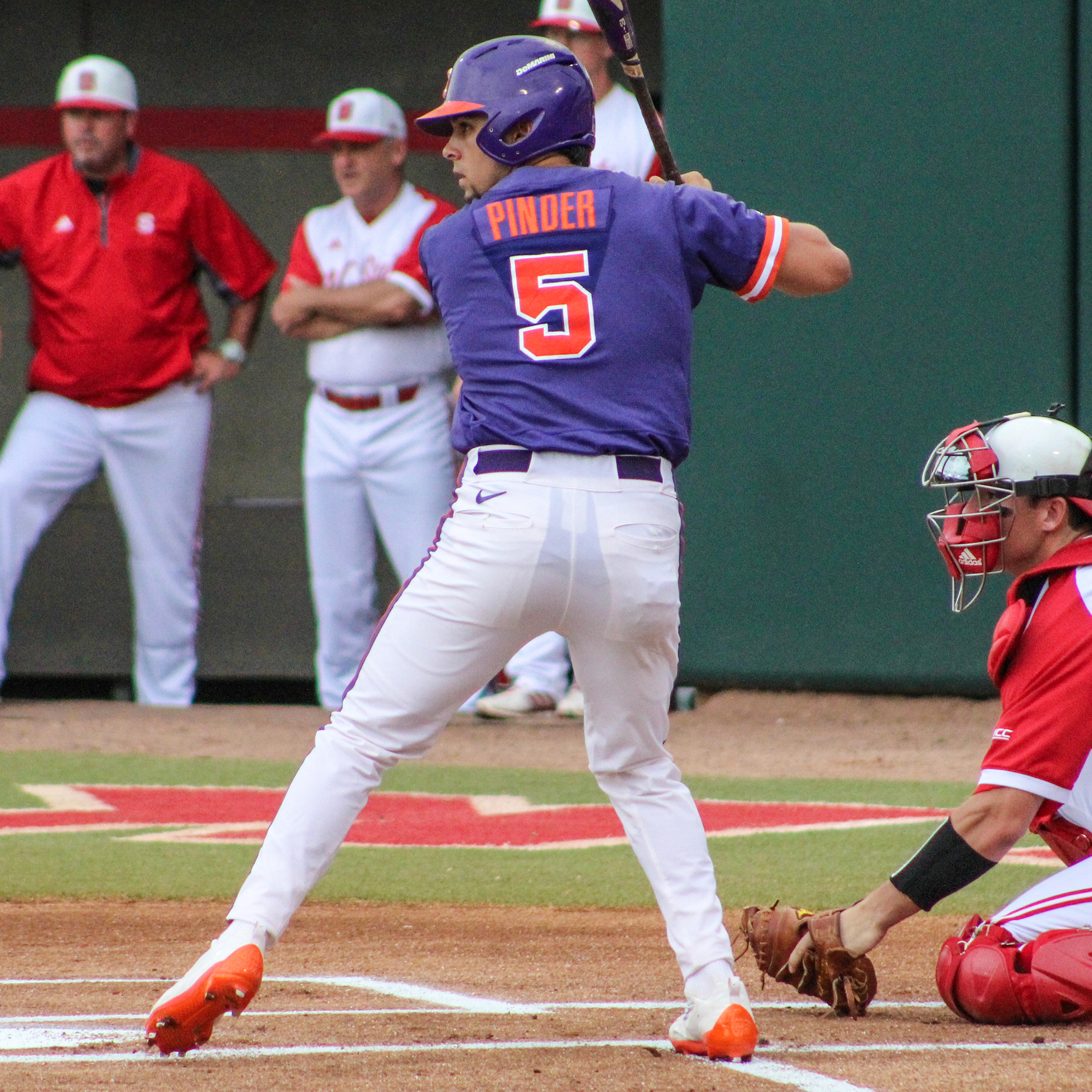 Chase Pinder scored in the first inning on a two-out double steal, then the Wolfpack scored a run in the third inning on a two-out wild pitch. Mendoza belted a three-run homer in the fourth inning to give NC State the lead for good. Andrew Cox’s infield single plated Seth Beer, who extended his hitting streak to 11 games, in the sixth inning. In the seventh inning, Brock Deatherage led off with a homer, then NC State added seven runs in the eighth inning, including four on an inside-the-park grand slam by Will Wilson. Clemson scored eight runs in the ninth inning, highlighted by Cox’s grand slam, his fifth long ball of the year.

Wolfpack starter Brian Brown (4-1) earned the win, as he yielded six hits, two runs (one earned) and one walk with six strikeouts in 6.0 innings pitched. Sean Adler recorded the last two outs to register his second save of the year. Tiger starter Alex Eubanks (6-5) suffered the loss, as he gave up seven hits, five runs and two walks with seven strikeouts in 6.0 innings pitched.

The series concludes Saturday at 1 p.m., on ACC Network Extra.