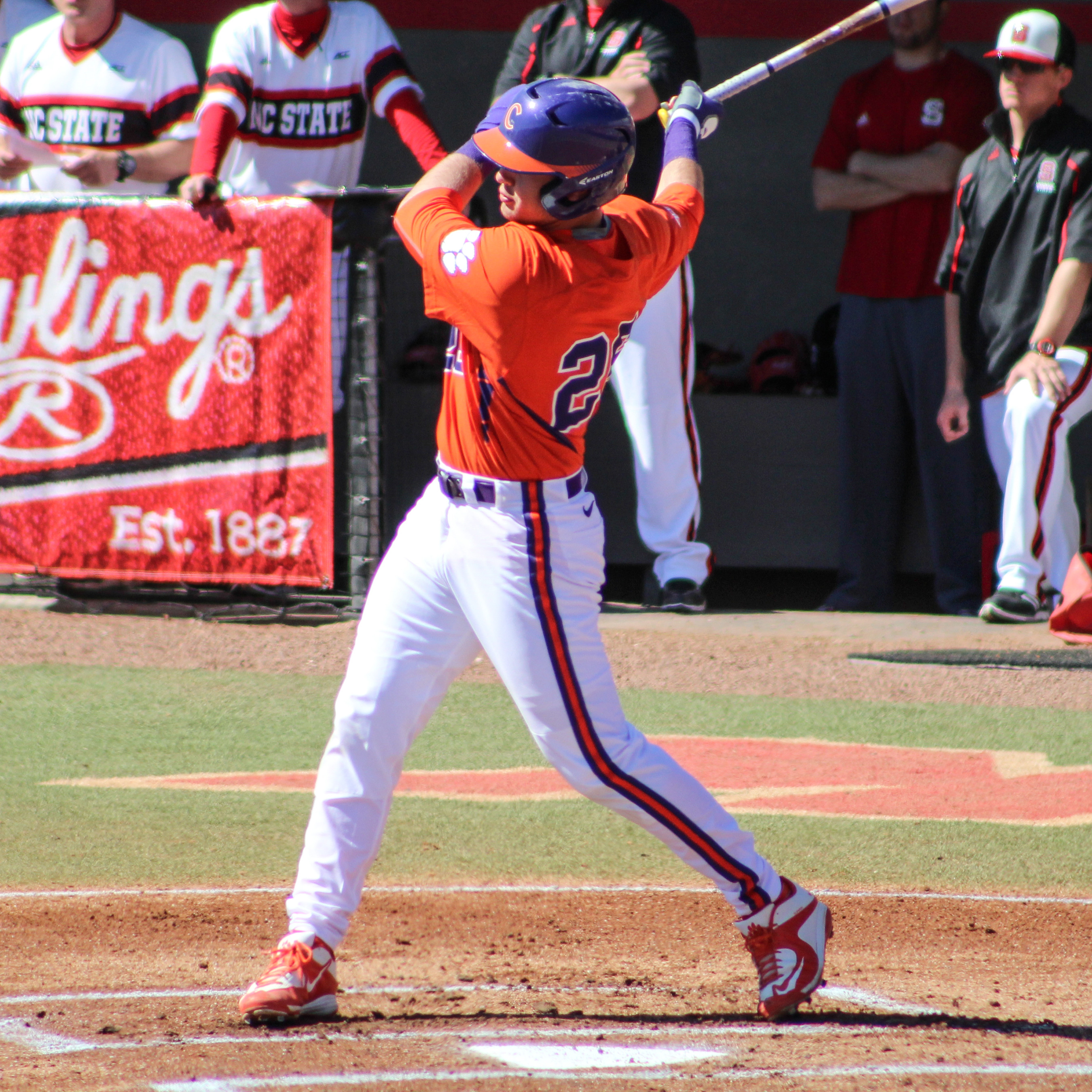 RALEIGH, N.C. – NC State scored six two-out runs in the second inning and cruised to a 14-6 win over Clemson at Doak Field on Sunday afternoon. The Wolfpack, who won the series 2-1, improved to 9-4 overall and 2-1 in the ACC. The Tigers, who lost back-to-back games for the first time in 2015, dropped to 8-6 overall and 1-2 in ACC play.

The Tigers return to the diamond Wednesday at 7 p.m. when they face Michigan State at Fluor Field in Greenville, S.C.