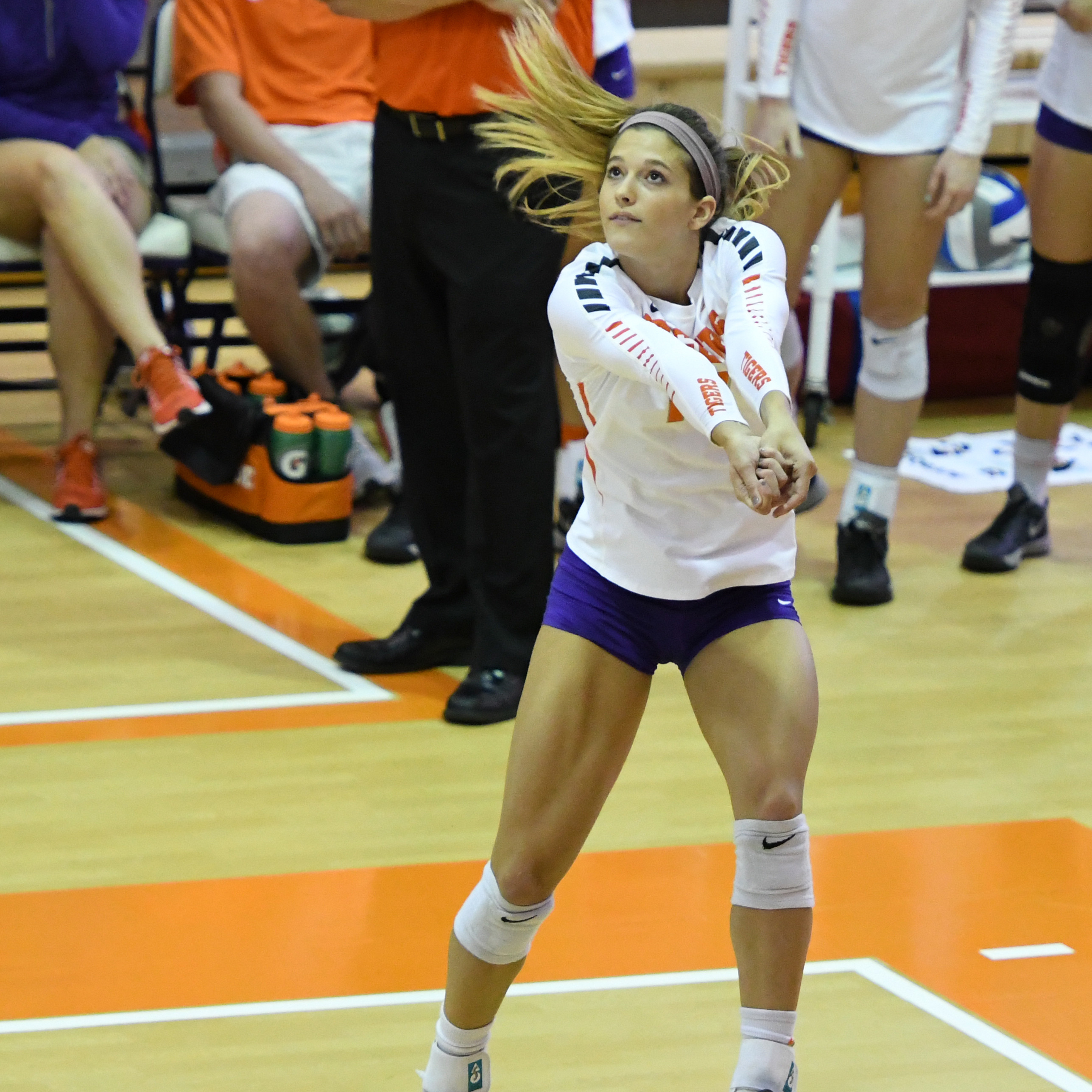 “Tonight, in an effort to find some solutions we tried switching things up by going to a 6-2 offense and try to generate more kills,” said head coach Hugh Hernesman. “Coming off of last weekend, it was clear we needed to add more offense and occasionally we were getting stuck in two-hitter rotations.”

“On the flip-side, I though NC State did a nice job offensively, specifically in transition. Their ability to stay in system in both first ball offense and transition offense was impressive.”

The Wolfpack had everything going for it with its physicality being the difference as NC State hit .407 with 46 kills and out-blocked the Tigers, 10-5. Leah Perri and Kailey Harvell registered six and five kills respectively in the matchup as Keely Hayes and Taylor Daniel split the setting duties in a 6-2 offense. Perri tied Jaden Light for the team lead blocking with three on the night. Sydney Moseley got the nod at libero to begin the match and finished the contest with 10 digs.

Clemson enters Saturday making last minute preparations for No. 10 North Carolina as the Tar Heels come to Jervey Gym on October 2. The Tigers will take on the ACC Preseason favorite on Sunday with the matchup slated for 1:00 p.m.NC State (9-4, 2-1 ACC) Proved too much for the Tigers (5-10, 0-3 ACC) in Clemson’s first home ACC match of the season.