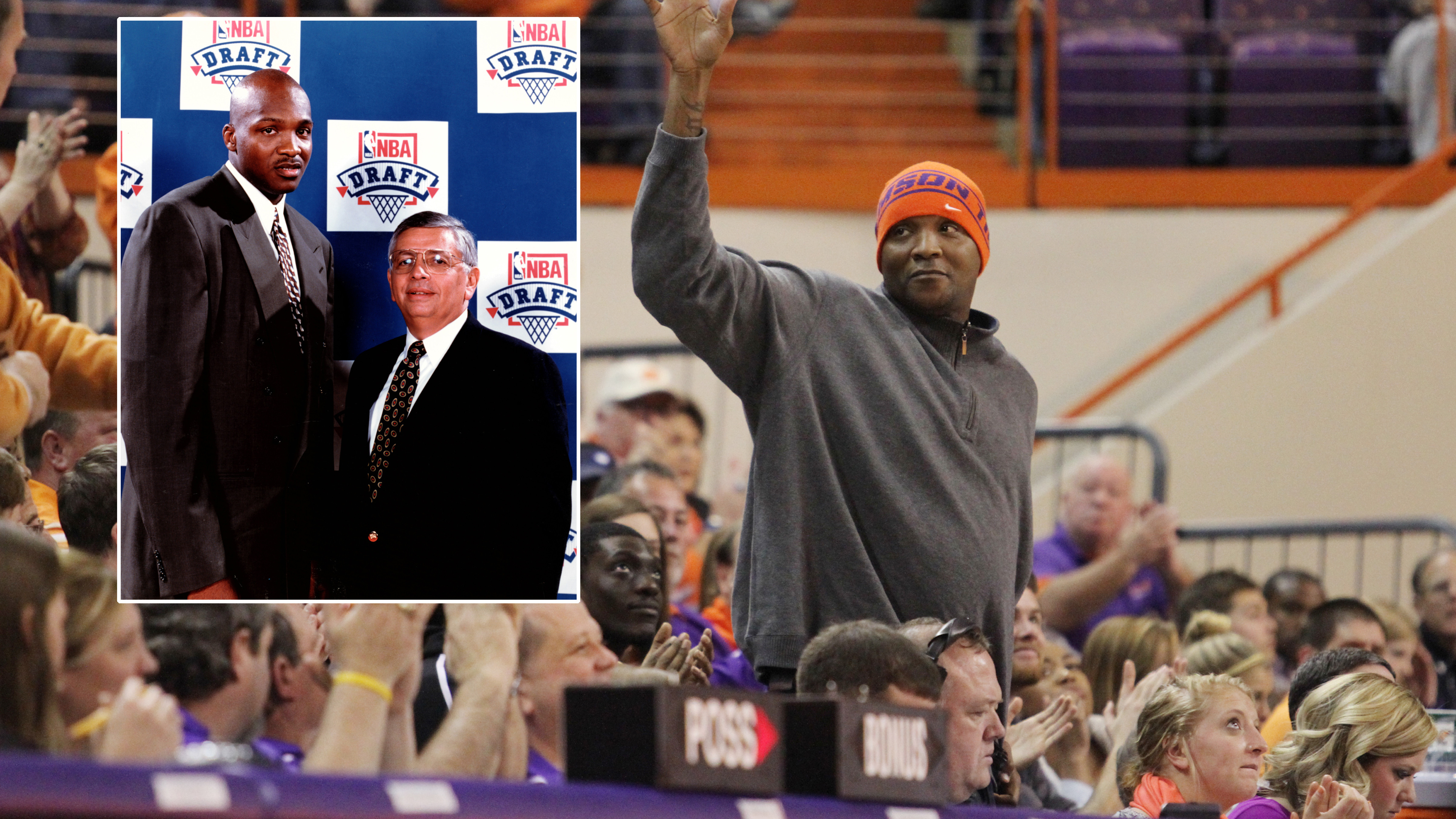 K.J. McDaniels is hopeful of becoming Clemson’s first underclassman in 20 years to be chosen in the first round of the NBA Draft this Thursday in Brooklyn, N.Y. The most recent Tiger junior to declare and be taken in the opening round was Sharone Wright. The Philadelphia 76ers tabbed the Macon, Ga., native with the sixth overall pick in 1994, still the highest selection in NBA Draft history for a Clemson player.

Wright remembers the days leading up to the draft like it was yesterday.

“I got to Indianapolis a couple of days before the draft,” he said. “I was waiting on my family and friends to join me, so I went out to dinner one night with Jalen Rose and Juwan Howard (from Michigan), good friends of mine. We all went to Nike camps together and had known each other for two or three years before I even got to Clemson.

“Washington was debating taking either me or Juwan at No. 5. If they took him at five, I was going to Philadelphia at six. And that’s the way it happened. Just being there and shaking Commissioner (David) Stern’s hand was great. I relished in it because it was really awesome.”

Wright says he wasn’t surprised to be a top-10 pick. After all, the numbers he put up in three years at Clemson supported Philadelphia’s decision. He posted 1,308 points, 903 rebounds and 286 blocked shots and more than held his own against some of the ACC’s best post players, from Christian Laettner at Duke to Tom Gugliotta at NC State. Oh and there was also a budding superstar he faced at Wake Forest his junior year, a guy by the name of Tim Duncan.

He was named to the NBA All-Rookie Second Team after averaging 11.4 points and 6.0 rebounds in 1994-95. But following a trade to Toronto, his life changed forever near his hometown in July 1997. The car he was driving flipped multiple times, but he survived, albeit with multiple injuries to the left side of his body.

“It took a year and a half after the accident to get back to being close to the type of player I was,” he said. “But I was never the same.”

Wright’s NBA career was over after 203 games and he was at a crossroads in his life. He eventually made his way back and made a good living by playing overseas until 2008. After he retired, he made his way into administration, where he continues to work today. He returned to the Palmetto State last year to be the general manager of the Pee Dee Vipers, a professional team based in Florence, S.C.

“It was a blessing in disguise for me to extend my career and then go right into what I’m doing now,” he said. “I considered leaving Clemson after my sophomore year, but the thought was that I should come back and go higher. It was the best decision I could have made.”

And now 20 years later, Wright sees a similar process surfacing for McDaniels, projected by many as a first-round pick later this week. Wright believes a big future is in store for McDaniels, but advises Clemson’s newest NBA-bound product to continue practicing what has taken him this far – humility. He even references another former Tiger great to use as a model.

“First of all, K.J. is one of the best kids I’ve ever been around,” he said. “He will have a long career because he truly loves the game. I’ve heard good stuff about his workouts, too. What I’ve tried to impress on K.J. many times is this: ‘Have a Dale Davis mentality.’ If you can do that, you’ll be successful.”