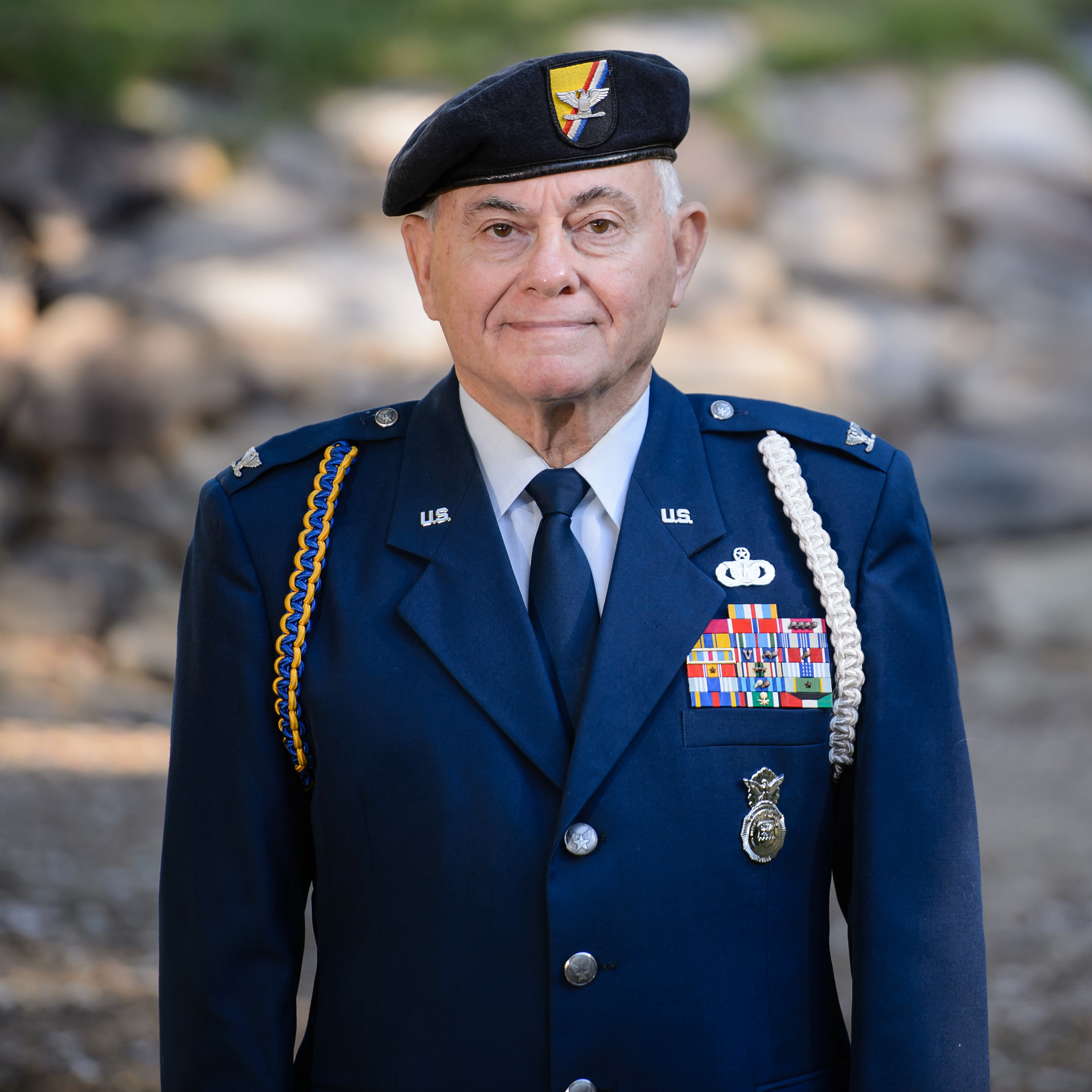 “A true leader has the confidence to stand alone, the courage to make tough decisions and the compassion to listen to the needs of others. He does not set out to be a leader but becomes one by the quality of his actions and the integrity of his intent. In the end, leaders are much like eagles…they don’t flock, you find them one at a time.”

Let me introduce you to a leader, someone who knows how to mold men and women, how to instruct them, how to inspire them, but most importantly, how to serve them. The great thing about this leader is that he is one of our own, a 1972 Clemson graduate, from the town of Conway, S.C.

Sandy Edge became a native son of the Palmetto State on Nov. 9, 1949, graduated from Wampee-Little River High School in 1968, then made his way to Pickens County. After he earned his bachelor’s degree in agricultural education from Clemson, he was commissioned through the Air Force Reserve Officer Training Corps.

In July 1973, he received his first assignment as officer in charge of aircraft security & law enforcement as well as shift supervisor and operations officer with the 449th Strategic Bombardment Wing at Kincheloe Air Force Base in Michigan.

In May 1977, Edge was serving overseas as chief of security police division with the 406th Combat Support Group at Zaragoza Air Base in Spain. In August 1990, after stops in California, Ohio and Georgia, he was selected to deploy to Operations Desert Storm and Desert Shield in Jeddah, Saudi Arabia.

There, he performed the duties of air base ground defense forces commander and regional area provost marshal. In June 1991, he was back in the United States serving as chief of the base defense & contingency division and headquarters Air Force security police agency at Kirtland Air Force Base in New Mexico. Here, he developed, monitored and evaluated concepts and doctrine for the worldwide defense of U.S. Air Force installations against ground and air attack.

From July 1994 to July 1997, Edge was director of security and provost marshal for headquarters United States Operations Command at MacDill Air Force Base in Florida. While in this position, he directed security support for a selectively manned unified command, controlling over 47,000 Air Force, Army and Navy Special Operations forces. His responsibility was supervising command personnel, industrial, physical, computer, anti-terrorism and information security management programs. Because of his work in this area, he was promoted to the rank of colonel on April 1, 1995.

In August 1997, he returned to his beloved Clemson University. Edge became responsible to the Clemson University president and Air Force ROTC commandant for recruiting, training, motivating and educating Air Force officer candidates.Edge was the senior military officer on campus with dual responsibilities as detachment commander and department chair of aerospace studies with the full rank of professor. He retired from active duty on Oct. 31, 2001 after serving 28 years, three months and 16 days.

Edge currently serves Clemson as director of the College of Business & Behavioral Science Advising Center, a position he has held since August 2001. His responsibilities include coordinating freshman and transfer-student orientation programs, college recruiting activities, instructing a freshman-level business class and administration of the college “First Year” Living/Learning community.

There is no better person on the Clemson campus to help first-year students blend into the Clemson family.

“Next to my faith and family, the Clemson family is everything to me,” said Edge. “I found that out when I was in the military and I was unable to be physically close to my mom, dad, brother and sister. But as I went around the world, I always ran into people who were from the Clemson family. The Clemson family will be with me, and for me, forever as long as I live.”

It is because of this binding of both Clemson and military that makes Edge appreciate what Military Appreciation Day does each football season.

“This is a most special day because of the uniqueness of Clemson, the special DNA of Clemson, the past history and the role of Clemson A&M College and Clemson University. With the nature of the world, I think there will always be a need for a military presence.

“Military training at a place like Clemson is hard to beat. We recruit, graduate and commission fine outstanding young men and women in the Army, Air Force and Marines. A place that honors the military tradition like Clemson does is outstanding.

“Look at the monuments, look at the parks that are on this campus. Look at the time and effort that our administration puts into our ROTC kids coming here and our alumni raising money and our athletic department recognizing young men and women at soccer games and football games. Clemson gets it. As long as there is an ROTC program somewhere in this country, whether at Clemson or not, Clemson people will be right there to honor those who serve.”

The biggest symbol of Clemson’s commitment of honoring those who have served our country and paid the ultimate sacrifice lies just across the street from Memorial Stadium.

The Scroll of Honor Memorial currently salutes 489 men in the most unique Clemson way.

“It was a family event,” stated Edge. “IPTAY, alumni, fraternities, sororities, ROTC and the athletic department made it a Solid Orange event. You have a prominent location on this campus with the Scroll as the keystone and a park around it.

“It is a park that asks the question, ‘How will you serve?’ maybe not in the military, but in life. Third graders go through that park, international Rotary groups go through that park, athletic teams tour that park and other groups as well. And while recognizing that freedom isn’t free and that sacrifice is made in areas where we serve, we all need to think about the question of, ‘How will I serve and give back to Clemson University, my country and the world?’”

Clemson will always hold a special place in Edge’s heart.

Edge carries with him a note from his father written in 1990 that is signed, “Love, Dad.” It is the only time he can remember his father saying, “I love you.”

Clemson, be glad that you still have a “Dear Old Son” that says proudly, “I Love You.”