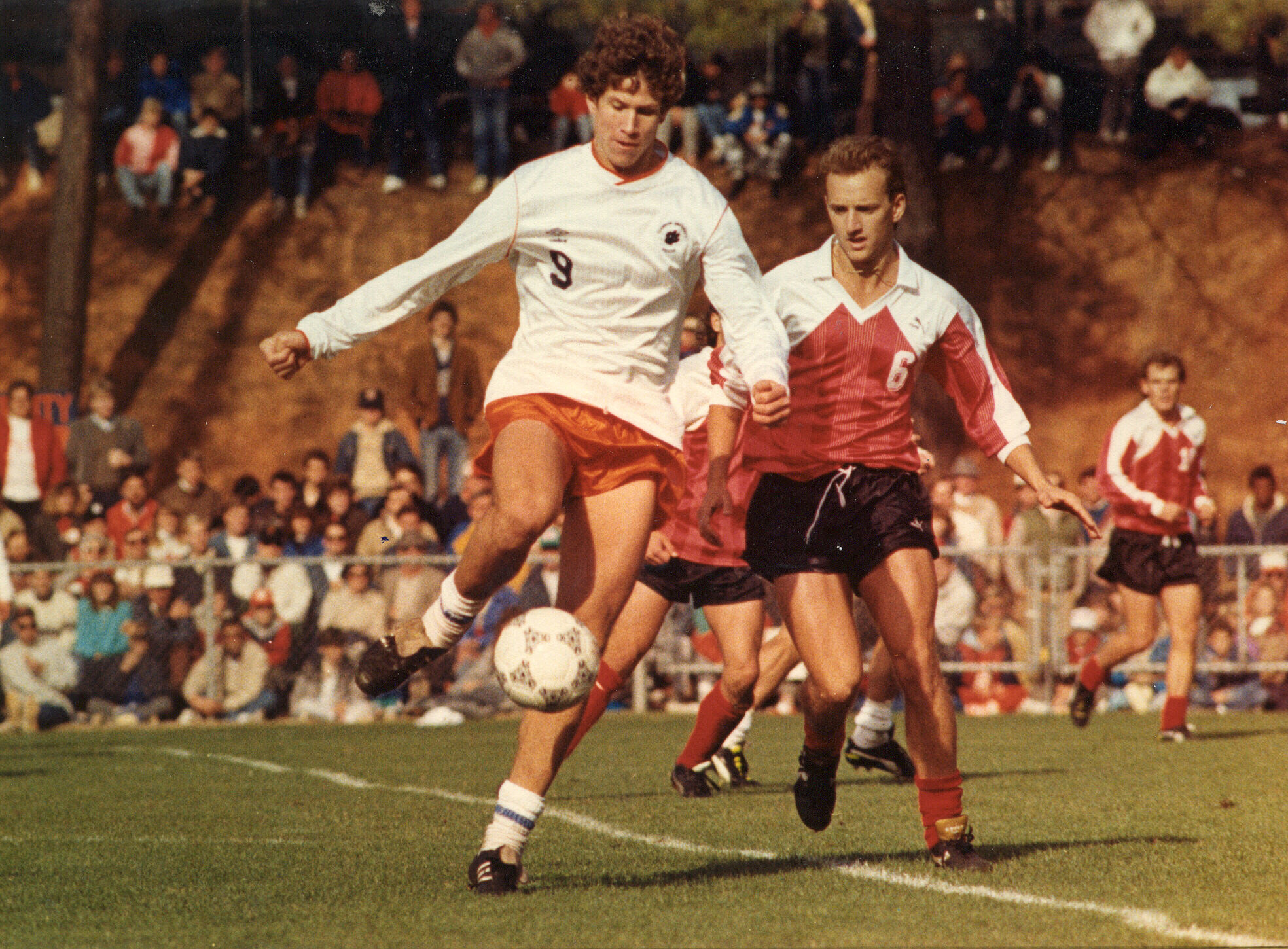 With the outstanding news that Clemson freshman baseball player, Seth Beer was named the winner of the Dick Howser award as the National Player of the Year, it brings to mind other Clemson athletes who have been named National Players-of-the-Year in their respective sports.

Winning the “Heisman” in any sport shows determination, talent, and a large contribution to a team’s success.

In men’s soccer, the Hermann Trophy is looked upon as the top award going to the player-of-the-year.

He had the winning goal in three NCAA Tournament games for the TIgers in 1987 against Evansville, Indiana and Rutgers, respectively. He was the first player in Clemson’s 40-40 club (over 40 goals and 40 assists in a career). Murray went on to set a record for most appearances for the United States National Team.

He scored 31 goals and had eight assists in 1998, as he led Clemson to the NCAA quarterfinals for the second year in a row. He led the ACC in goal scoring (31) and points (70). He is third in Clemson history for most goals scored in a single season with 31 in 1998. Krakowiak left school one year early to turn professional. In 1998, he led the ACC in goals (31) and points (70).

Chuck Kriese who was the Tigers’ Head Men’s Tennis Coach in 1976-2004 coached four players who were named ITA National Player-of-the-Year—the equivalent of winning the Heisman in men’s tennis.

In 1980, Clemson’s first All-American, Mike Gandolfo was named the ITA National Player-of-the-Year. In 1982 Mark Dickson won the award.  The next season, Jean Desdunes became the third Clemson player to win the award in a four-year span. The fourth Tiger honored was in 1997 as Mitch Sprengelmeyer won the award as he led the Tigers to the ACC Championship.  All four of the players were also named to the ACC’s 50th Anniversary Men’s Tennis Team.

In men’s golf, Clemson’s D.J. Trahan won the Ben Hogan Award as National Player of the Year in 2002.   Trahan was named first-team All-ACC four times.  He was a four-time All-American.

In 2009, the Tigers’ Kyle Stanley was the recipient of the Ben Hogan Award.  He was National runner up at the NCAA Tournament in 2007 and 2009.   He was a three-time All-American selection.

Clemson pitcher, Kris Benson was named National Player-of-the-Year in 1996, by Baseball America and Collegiate Baseball.  He was also the Dick Howser Trophy and Rotary Smith Award winner.  He was the number-one overall pick of the 1996 Major League Baseball draft and a 1996 Olympian.