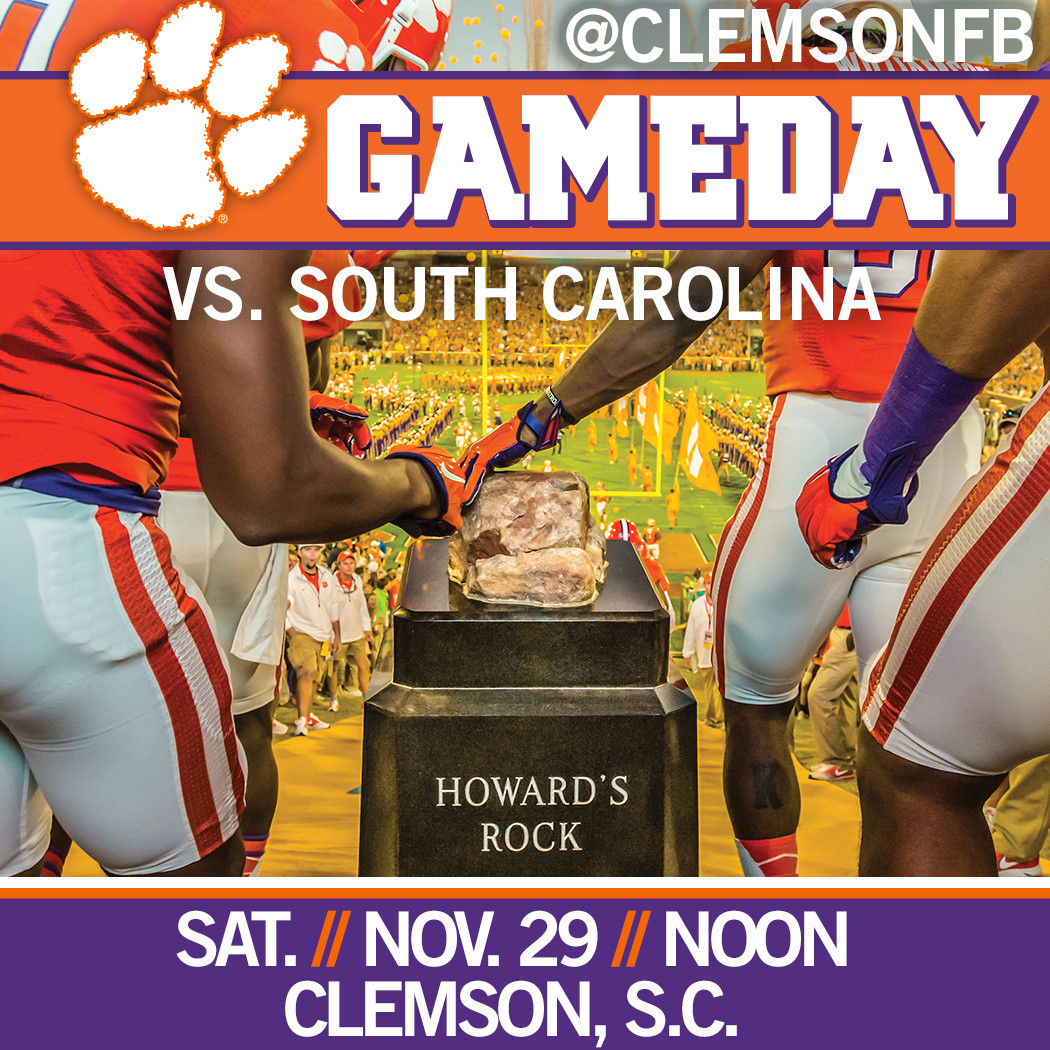 Want to know some of the game day “must sees” that will be happening at the Clemson football game this weekend other than football? Below is a list of in-game ceremonies and presentations that are worthy of staying in your seat!

Dotting the “i”: As the Tiger Band spells out “Tigers” during their pre-game entrance, look for Chairman of the Clemson University Board of Trustees, David Wilkins and his family to act as the dot on top of the “i.”

Senior Support Staff Recognition: The senior athletic trainers, strength trainers, equipment managers, video and spirit squad members will be acknowledged along with their families for their support.

Blood Drive Winner: The winner of the 30th Annual Clemson-Carolina Blood drive will be recognized and awarded.

Sigma Nu Ball Run: The brothers of Sigma Nu will be applauded for making the 138-mile run from Columbia to Clemson as part of the annual game ball run.

Clemson Tennis Recognition: Clemson Men and Women’s tennis student-athletes will be recognized for their fall accomplishments.

Hero of the Game: Fans have been asked to submit a nomination form highlighting deserving Veteran or Active Duty Military member. Austin Norris will be honored for their service.

It’s On Us Presentation: Clemson and South Carolina student leaders are coming together to raise awareness and fight against sexual assault.

Professor of the Game: Associate Professor and Director of the Call Me Mister program, Dr. Roy Jones will be presented for making a difference each and every day.