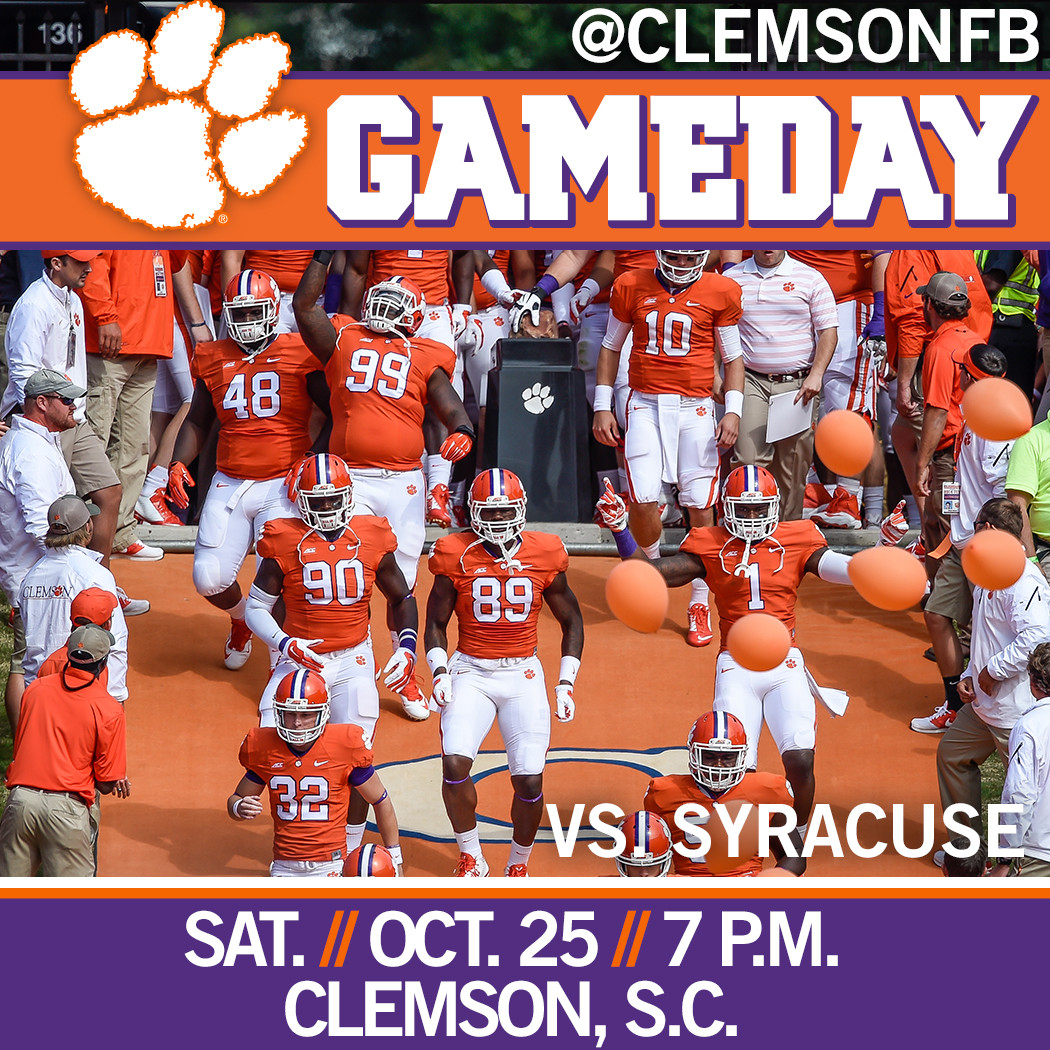 Dotting the “i”: As the Tiger Band spells out “Tigers” during their pre-game entrance, look for Tiger Brotherhood’s Mother of the Year, Shan Pate, and her family to act as the dot on top of the “i.”

Tiger Reunion: Those Clemson students who have suited up and roamed the sidelines as “The Tiger” Memorial Stadium since 1954 will be presented and welcomed back to Death Valley.

Bond Family Award: Margaret Bond will present this award to Clemson President Emeritus Jim Barker to honor his citizenship after his days as a Clemson athlete.

Professor of the Game: The School of Computing Assistant Professor, Dr. Shaundra Daily will be acknowledged for her accomplishments in design and research interactive technologies.

Alumni Tiger Band Performance: Former Tiger Band members will be back for a homecoming encore performance.

Heroes of the Game: Fans have been asked to submit a nomination form highlighting deserving Veteran or Active Duty Military member. William Ferguson and Edward Young will be honored for their service.

Homecoming Float Winners: Students work all week long to create float displays on Bowman Field. Winners among all of the various categories will be showcased.