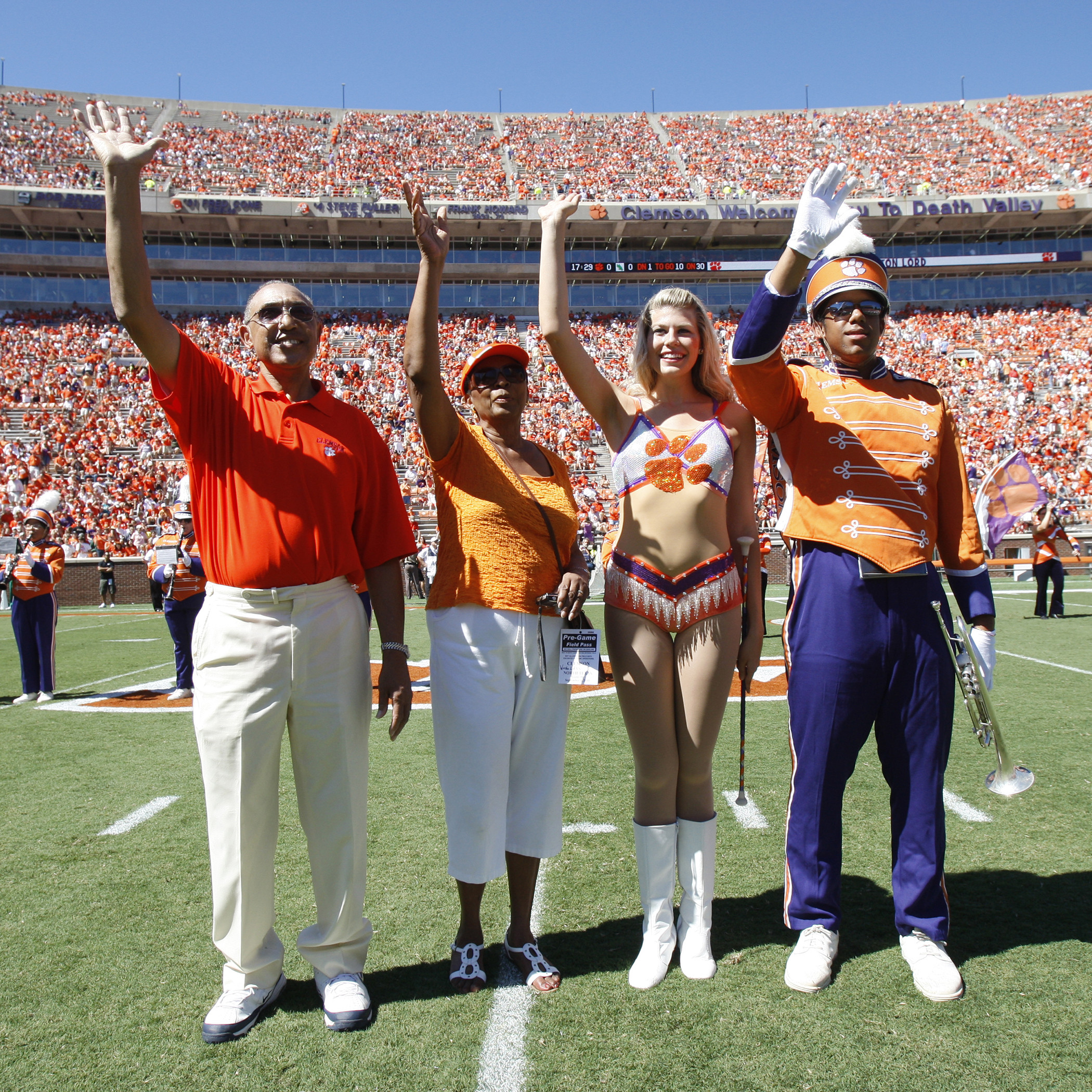 90 Minutes Before Kickoff Performance: Join the Tiger Band as they give a pre-game performance at the Outdoor Amphitheater that leads into a parade down Fort Hill.

Dotting the “i”: As the Tiger Band spells out “Tigers” during their pre-game entrance, look for President Clements and his family to act as the dot on top of the “i.”

Family of the Year: The Beaty Family will be recognized for their outstanding service to the parent’s council and Clemson University.

Hero of the Game: Fans have been asked to submit a nomination form highlighting deserving Veteran or Active Duty Military member. Curtis L. Franklin, Jr., will be honored during this presentation.

Professor of the Game: Dr. Windsor Sherrill, a faculty member and Associate Professor of Public Health Sciences will be honored for her research efforts that extended outside of the classroom.

Band Performance: The Clemson University Tiger Band will be putting on a show that fans don’t want to miss!