Tigers Face Virginia Tech In Opening Round of ACC Tournament

Rome, Ga. — No. 11 Clemson (10-13, 2-10 ACC) and No. 6 Virginia Tech (11-8, 6-6 ACC) are set to square off for just the second time in conference tournament history on Thursday when they go toe-to-toe in the first round of the ACC Tournament. First serve for the match is slated for 6 p.m at the Rome Tennis Center in Rome, Ga. The winner of the match advances to face third-seeded North Carolina at 5 p.m. on Friday.

In its last ACC Tournament appearance in 2019, Clemson made it to the second round after playing in the No. 12 vs. No. 13 match as the 12 seed. The Tigers were ultimately stopped in a 0-4 decision to fifth-seeded Miami. The last time Clemson won as the 11 seed in the conference tournament was in 2015 when it beat No. 6 Louisville, 4-3. Earlier this season, the Tigers fell to Virginia Tech, 0-4. 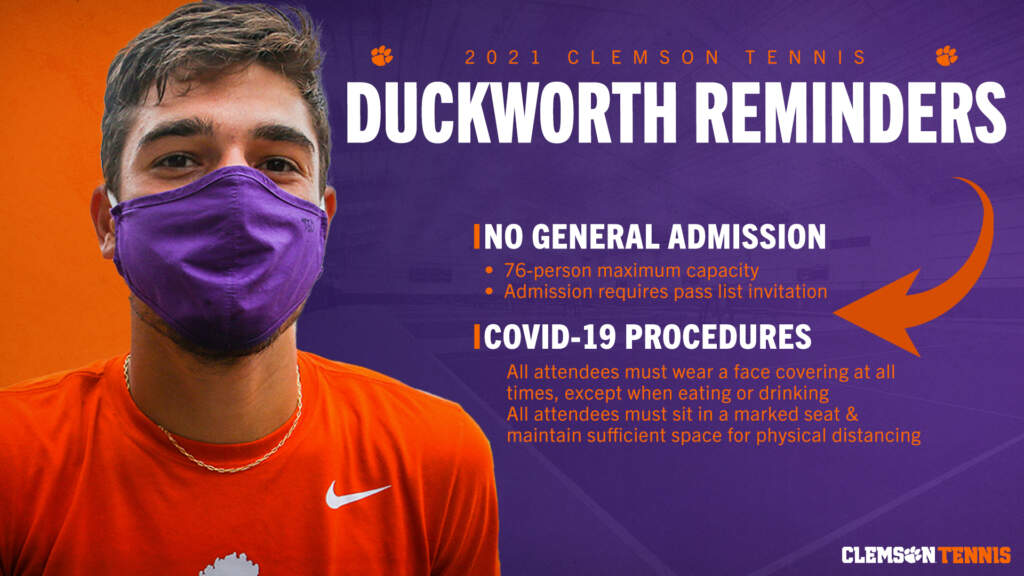