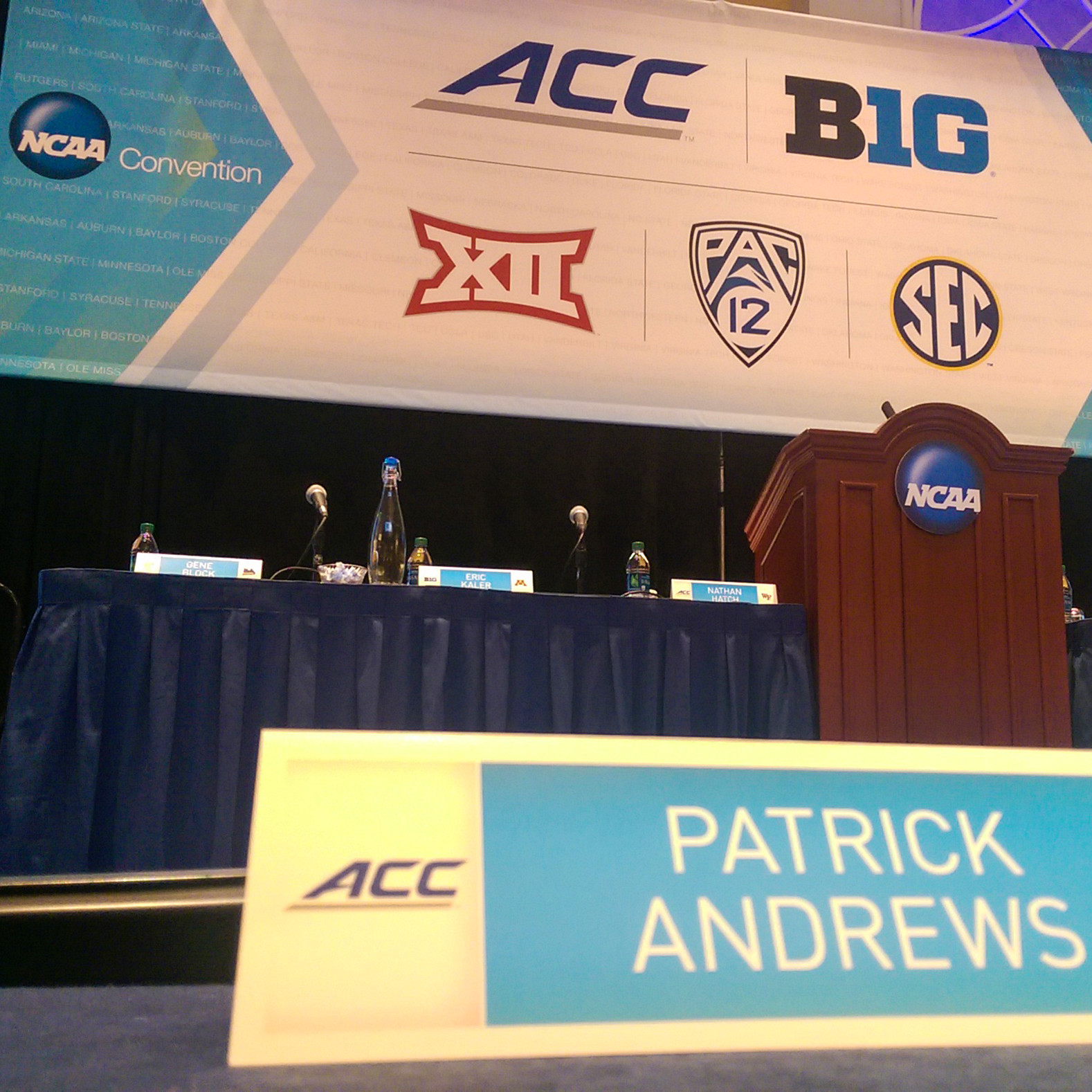 Tiger junior righthander Patrick Andrews traveled to Washington, D.C. for the annual NCAA Convention from Jan. 16-18, 2015, as he was a voting member on NCAA autonomy proposals (read more details HERE). The following details his experience at the convention.

I arrived in Washington, D.C. on Friday and grabbed a shuttle to the Gaylord National Resort & Convention Center. On Friday night, I headed down to the water for a dinner at McCormick & Schmick’s. This was the first opportunity for the student-athlete representatives from the different conferences to meet and speak with each other.

I was truly grateful to have the opportunity to work with such intelligent and passionate student-athletes representing the ACC and the other four major conferences. The dinner was the first time any of the fellow athletes were able to discuss many of the topics with each other outside of their conference and see how student-athletes across the nation felt about many of these topics. The dinner was amazing and many of the peers were eager to see how Saturday would go.

Saturday got off to an early start, with the first meeting of the day at 8 a.m. with all of the ACC delegates. The room consisted of many of the presidents, chancellors, athletic directors, compliance officers, faculty athletic representatives and senior woman administrators.

This started a full day of conversation and discussion regarding all the proposals to be voted on that afternoon. It was incredible how passionate so many of the members of the ACC were about many of these topics.

To see the amount of time and effort these people put into ensuring that student-athletes are provided the best possible experience was gratifying and humbling. To see people committing so much of their time and resources into enhancing the experience of student-athletes, such as myself, gave me a much greater appreciation for everything that goes on behind the scenes in college athletics.

After the morning session was finished, the much anticipated open-forum discussion between all 65 schools involved in the autonomy governance structure began in the early afternoon. This was a historic day for the NCAA, as the beginning of the session marked the first time in history that the Power Five Conferences had been in a room together with the power to pass legislation. It also marked the first time that student-athletes were active participants in these discussions.

There were many topics that were briefly reviewed, while others led to long, impactful discussions as people jockeyed for position on many of the proposals. The student-athlete representatives were active and engaged in all the discussions, ensuring the opportunity in front of us was not wasted. I was very optimistic of the direction the NCAA is heading knowing that engaged student-athletes can continue to have a significant place on the floor for years to come.

After the closing remarks of the discussion forum, a brief recess was taken before the vote was set to begin. Following a few technical demonstrations on how to use the electronic voting machines that have now replaced the paper cards with the name of the university on it, the voting began.

Finally getting to cast the first vote as a student-athlete was quite an honor and marked the first official vote of a student-athlete in the NCAA structure. The anticipation to see how the voting would result was apparent on all the eyes looking toward the screens at the front of the room.

The legislation that passed will be significant for years to come, and hopefully will have positive, long-reaching benefits for student-athletes.

Looking back on the weekend, I am excited about the direction the NCAA is heading. There is huge potential within the new NCAA autonomy model for progress on all topics related to student-athlete welfare.

I would like to thank all the people who put their time into ensuring I was well prepared for this opportunity, including the ACC staff, the Clemson University staff and the number of student-athletes who were willing to sacrifice their time to speak with me and discuss some of the topics. Without their help, I can’t imagine the challenges I would have faced throughout this entire process.