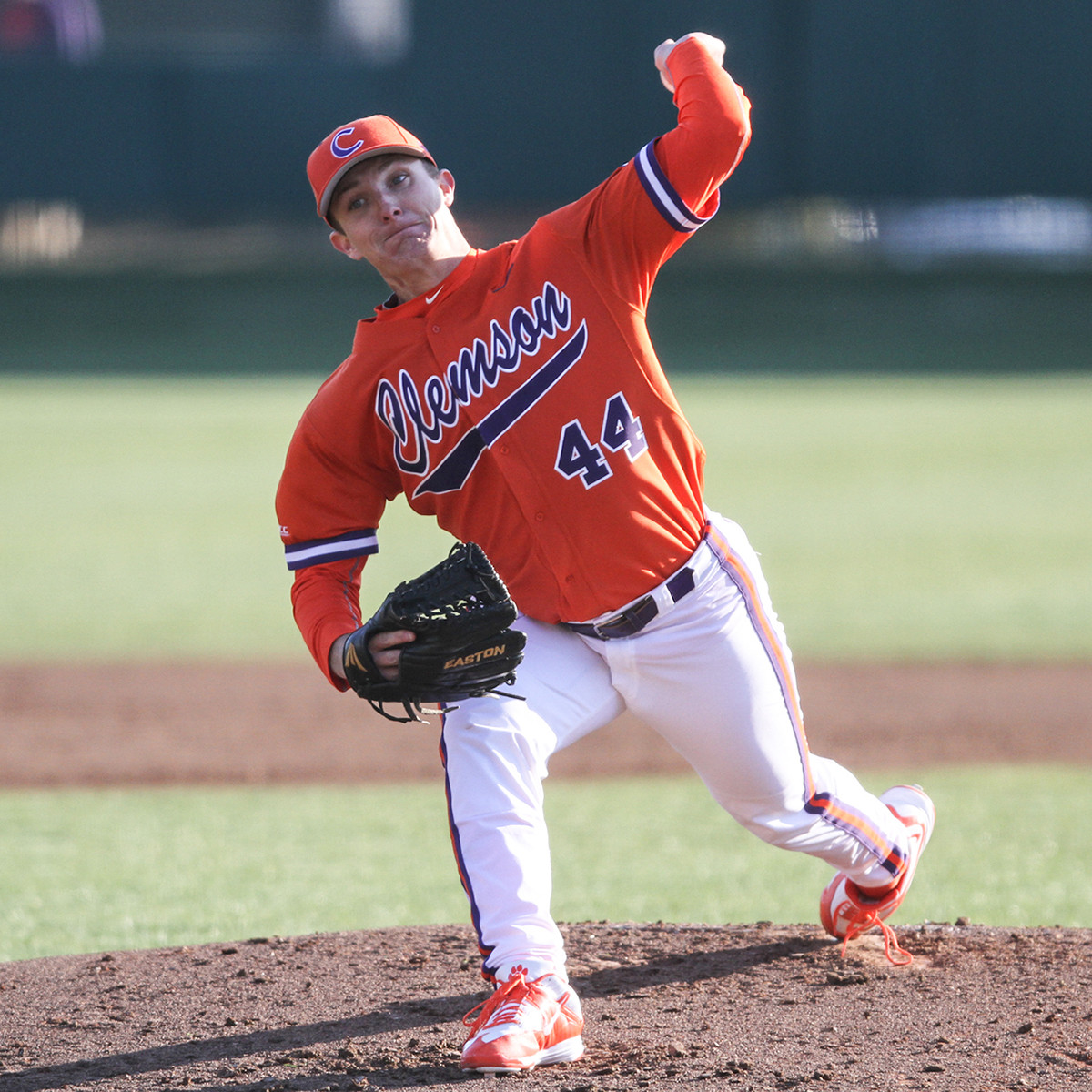 CLEMSON, S.C. – KC Huth scored on a wild pitch with two outs in the seventh inning to break a scoreless tie as West Virginia downed No. 24 Clemson 2-0 at Doug Kingsmore Stadium on Friday afternoon in the season-opener for both teams. The Mountaineers, who defeated the Tigers for the first time in the 11th all-time meeting, took a 1-0 lead in the three-game series.

“I thought we pitched well, played good defense and did everything on that side of the ball that we needed to do,” said Head Coach Jack Leggett. “We had some offensive opportunities early in the game. We had 12 baserunners, but just couldn’t take advantage of it.

“I thought if we broke the ice early, things would’ve turned out a lot different. They played good defense and pitched well. It was a good ball game. We just needed a few more hits.”

Clemson stranded five runners on base in the first two innings and 11 for the game, including seven in scoring position. The Mountaineers capitalized in the seventh inning with a two-out single by Justin Fox, his third hit of the game, and a run scored by Huth on a wild pitch. West Virginia added an insurance run on a sacrifice fly in the eighth inning.