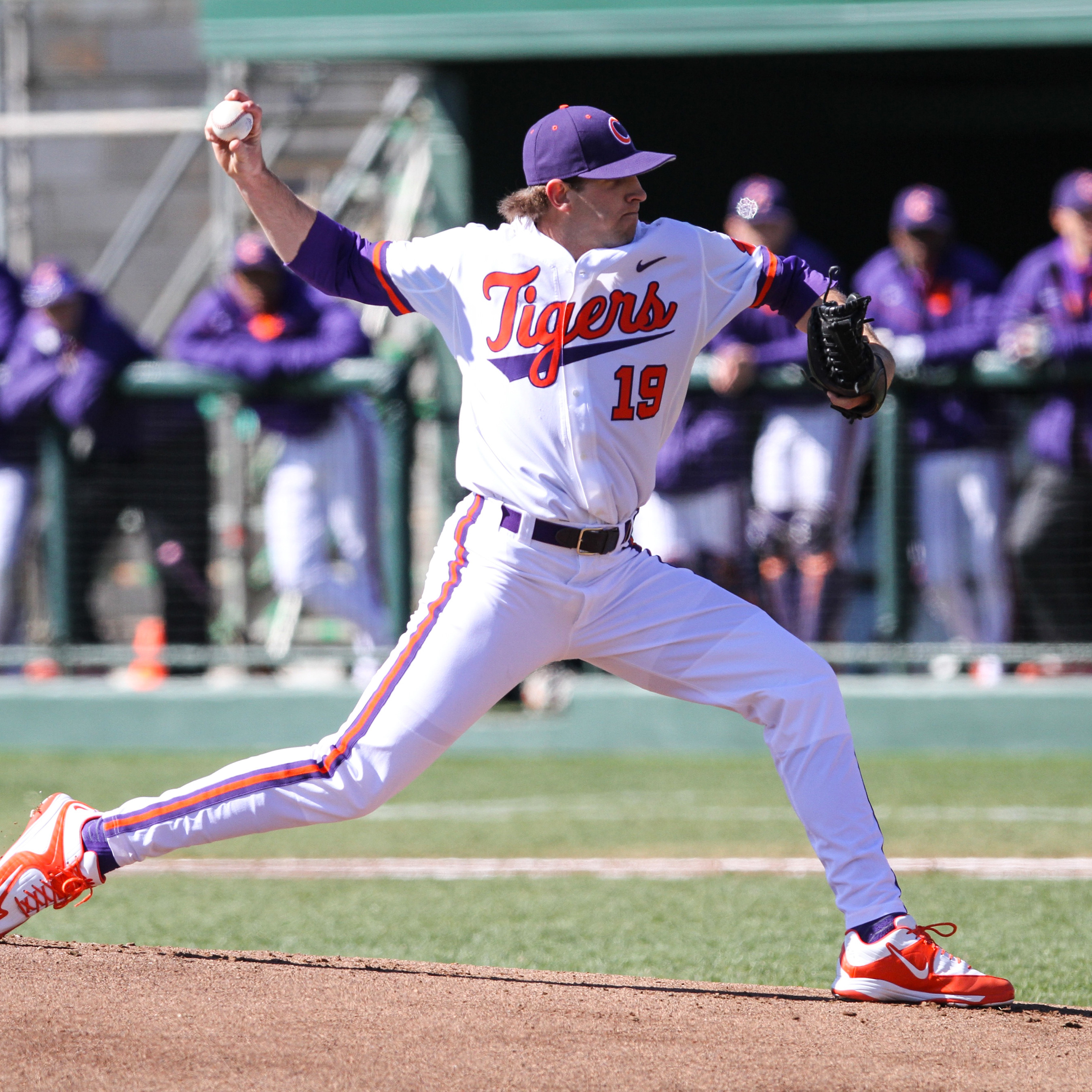 Mountaineers Down No. 24 Tigers 6-1 Sunday

CLEMSON, S.C. – West Virginia scored three unearned runs in the fifth inning after a costly Tiger error and cruised to a 6-1 win over No. 24 Clemson at Doug Kingsmore Stadium on Sunday afternoon. The Mountaineers won the season-opening series 2-1.

West Virginia put its first two runners on base in the fifth inning, then a throwing error on a sacrifice bunt scored a run. The Mountaineers added two more runs on an RBI groundout and a two-out, run-scoring single in the fifth inning. Clemson rallied with four hits in the seventh inning, but scored only one run thanks to a crucial double play.

“We played a good team,” said Head Coach Jack Leggett. “They were scrappy. They did a good job offensively against us.

“In the fifth inning, we just gave up a few unearned runs that hurt us, and they kept coming all day long. We almost had as many base hits, but we just didn’t make ours count.”

Chad Donato (1-0) picked up the win by tossing 6.0 effective innings, allowing seven hits, one run and one walk with five strikeouts. Tiger starter Brody Koerner (0-1) suffered the loss despite allowing just one run on three hits with a career-high eight strikeouts in 4.0 innings pitched.

Clemson faces Charleston Southern at Doug Kingsmore on Wednesday at 4 p.m. It is BOGO Wednesday, as fans can purchase one adult-seat ticket and receive an additional reserved-seat ticket free of charge.