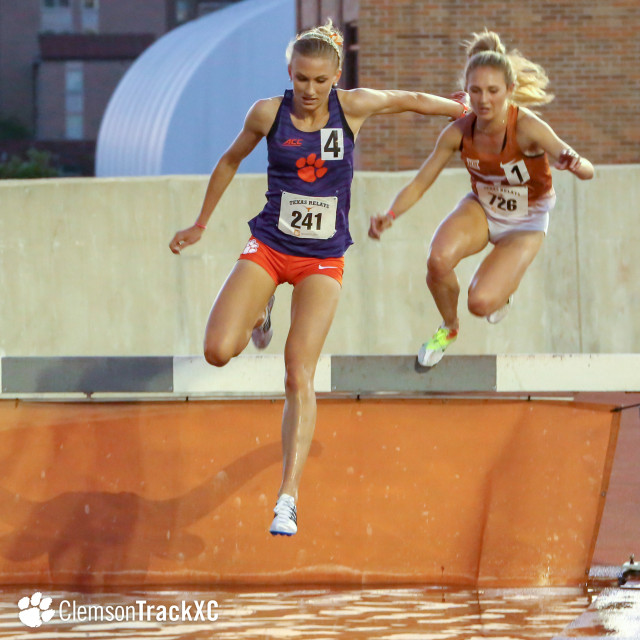 In the men’s race, junior James Quattlebaum achieved a time of 8:56.13 to place second overall after closely trailing Texas’s John Rice, who set the No. 2 time in NCAA, for nearly the entire race. His time in the event is the second best of his career. Quattlebaum now ranks fifth in the NCAA and first in the east region in the event. Last week, Quattlebaum won the men’s 2000m steeplechase at the UNF Spring Break Invite.

On the men’s side, Deron Gordon also advanced to Friday’s finals. The senior turned in his personal best of 51.00 seconds, shaving 0.17 seconds off his PR, which is still good for ninth in Clemson history. Gordon finished fifth overall as the first competitor to cross the finish line in the ninth heat.

Clemson returns to the track Friday, beginning for the women’s 4x100m relay at 10:35 a.m. (ET) and will air on Longhorn Network. Live results can be accessed via clemsontigers.com.