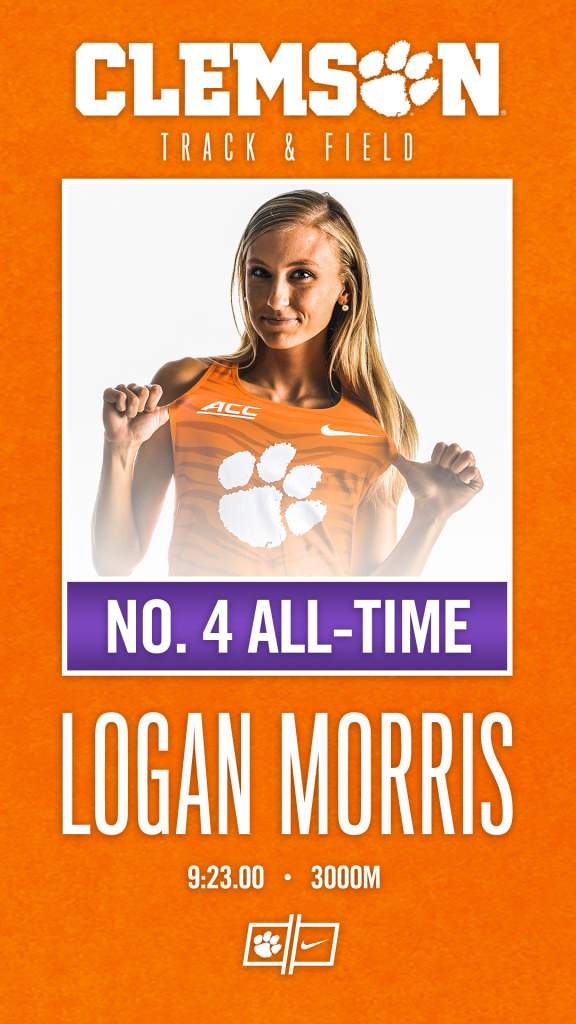 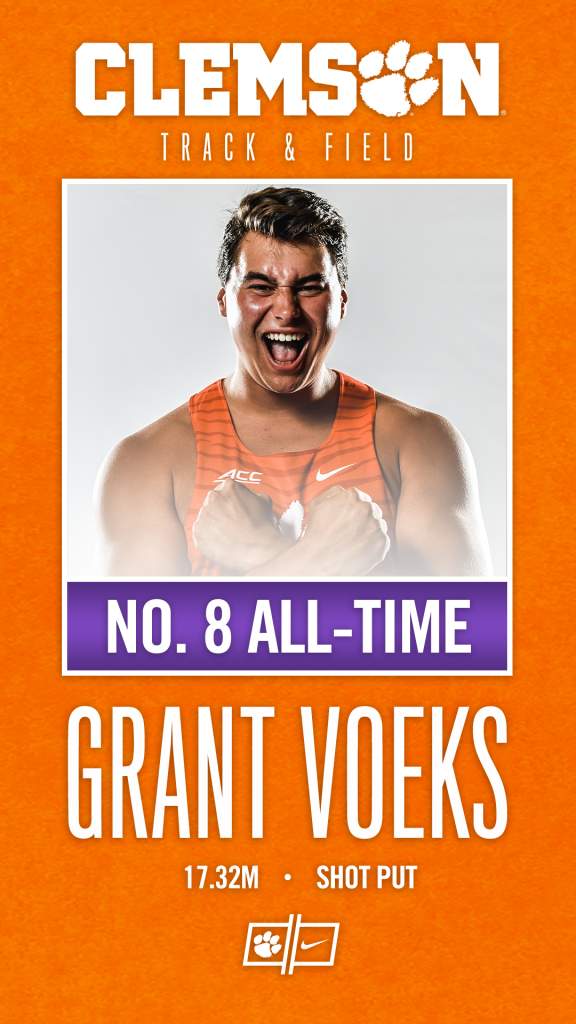 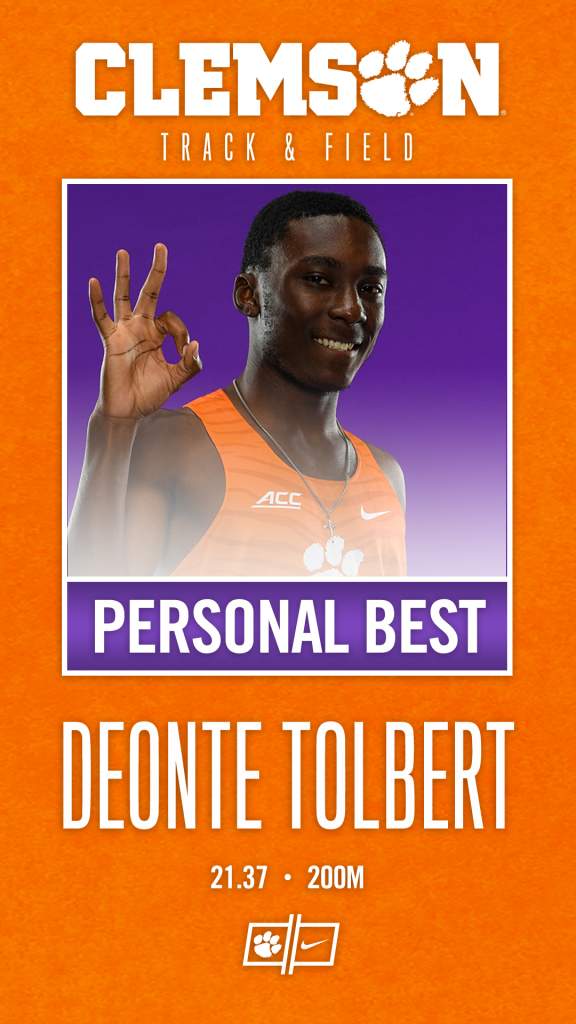 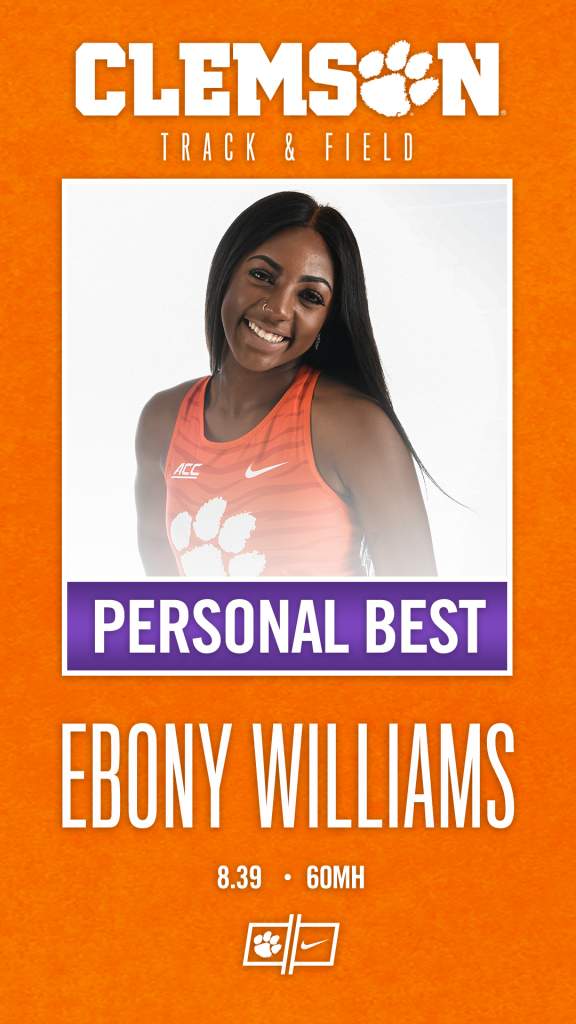 WINSTON-SALEM, N.C. – Sophomore Logan Morris continued to add to her Clemson resume after running the Tigers’ No. 4 program record in the 3000m at the JDL’s Camel City Invitational on Saturday. Morris turned in a time of 9:27.82 on the flat track, which converted to 9:23.00 officially, putting her at No. 22 in the country. Morris, who was named a 2018 All-ACC Academic recipient in cross country earlier this week, has achieved personal bests in all four indoor meets that she has competed in this season, which are highlighted by No. 4 program times in both the mile and now 3000m.

“Logan’s indoor season is off to a tremendous start as you can see,” said Clemson head coach Mark Elliott. “Her time today sets her up nicely for the upcoming conference championship and potentially NCAAs if she qualifies. She’s coming off great a cross country season and I think today’s performance is a continuation of that. Very good effort for her today.”

Sophomore Deonte Tolbert, whose primary event is the 400m dash, ran a personal-best 21.37 – also a team season best – to win heat No. 3. Tolbert’s time was good for tenth overall out of 130 competitors and currently ranks ninth in the ACC.

In the women’s race, newcomer Sarah Hill ran her collegiate indoor PR after crossing the finish line in 24.01 seconds. Hill’s time is the second best by a Tiger this season (Rebekah Smith, 23.52) and currently stands at No. 8 in the conference. Hill and Clemson freshman Zeniyah Lawrence (24.18) finished in 11th and 12th, respectively, out of 111 competiors.

On the infield, newcomer LaFranz Campbell earned runner-up status among collegiate competitors in Saturday’s 60m hurdles final. Campbell clocked 7.88, just 0.03 seconds shy of his PR. Campbell’s PR of 7.85 is currently tied for 21st in the country.

In the cage, junior Grant Voeks registered his first personal best of the 2018-19 season. Voeks topped his PR by nearly half a foot with a heave of 17.32m (56-10). Voeks placed seventh overall.