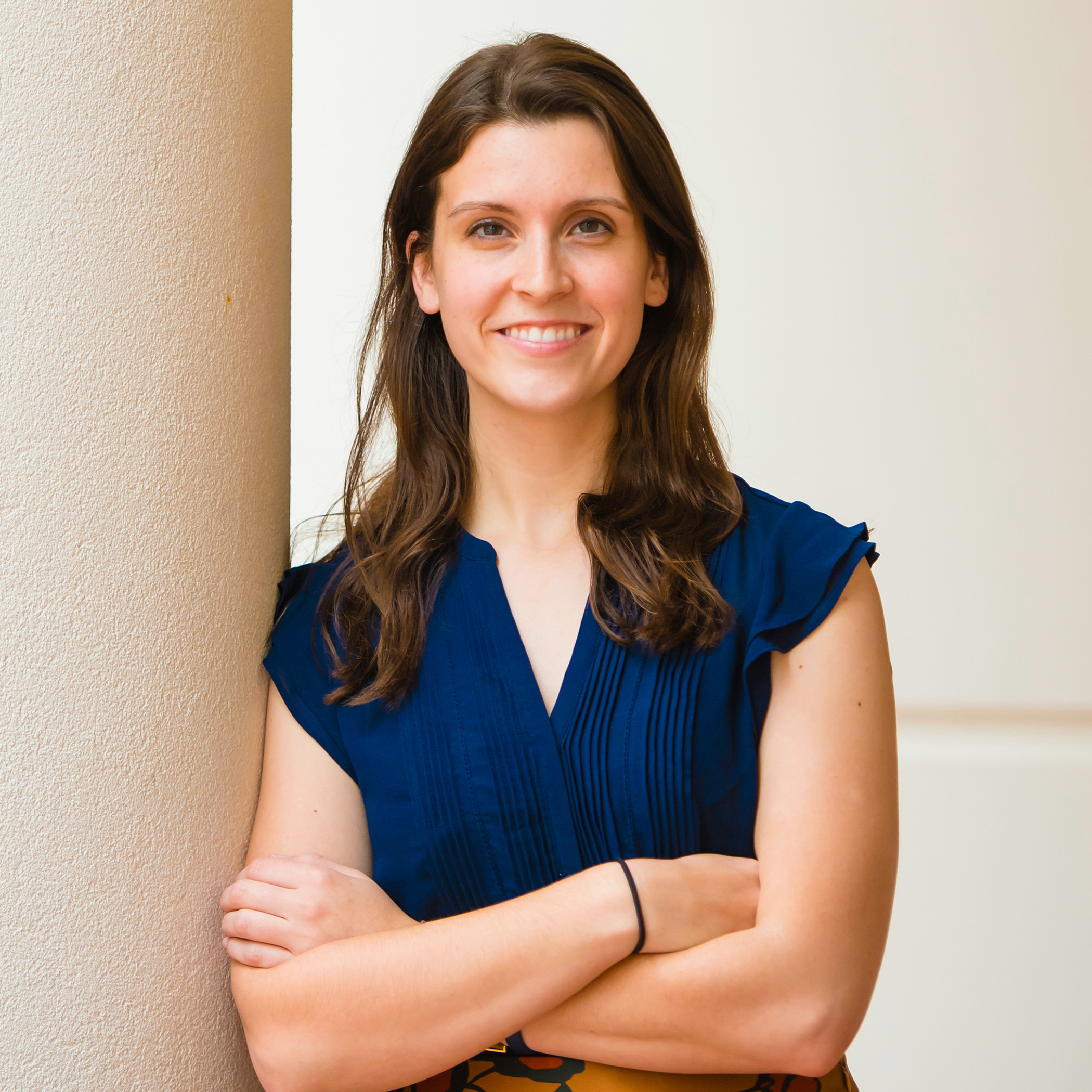 More To The Point

In typical Ohio fashion, it was pouring down rain the day of the game.

It was a mid-September Saturday in 2015, and the Kent State Golden Flashes were playing the Delaware State Hornets. With 4:30 remaining in the second quarter, the Golden Flashes had just scored on a five-yard touchdown run to take a 28-6 lead, and #91 jogged onto the field to kick the extra point. The point after was good, as one might expect from a normal college kicker.

Except it was far from normal.

Because #91 was senior placekicker April Goss, and she had just become the second female player to ever score in an FBS game.

Growing up in Pittsburgh, Goss participated in most everything her sister did, so that meant playing soccer. But by middle school, she began to develop her own kind of dream.

“Once I got to junior high, that’s when I really began to gain interest in football,” she remembered. “I’m a huge Steelers fan, as are my parents, and I remember in high school joking around about going out for the football team, but it was never anything serious.

“But eventually it became serious, and I really did want to do it. My dad said ‘no’ at first, but I kept bugging him, and eventually he caved and took me out in the backyard to help me learn.

“He actually was a punter when he was in school. So at the end of my sophomore year, I decided I wanted to let the head football coach know that I was serious about it, and my junior year was my first season on the team.”

Goss said that her coach in high school was very open to the idea of her playing from the start, and while her teammates were somewhat standoffish at first, they came around and ultimately embraced her as part of the team…so much so that when her high school career ended, she decided she was not done with the game quite yet.

“I played for two years in high school, and I was not ready to be done. I didn’t tell anybody, but I knew wherever I went to school, I wanted to pursue playing there.”

“I knew, deep down inside, that I wanted to play for a Division I school, but I didn’t necessarily choose Kent State because of football. But it definitely appealed to that dream of joining the team.”

Once she chose to attend Kent State, Goss knew that having the opportunity to try out, let alone make the team, was probably far-fetched. However, much to her surprise, her head coach and teammates were inviting and respectful from the start. But only one season into her college career, that accepting atmosphere was very much in jeopardy.

“After my first year on the team, our head coach took a job at Purdue, and I was sure I was done because I thought there was no way there would be another coach who would come on and be accepting of me and care about me. I thought I would either be immediately cut or they would keep me because they felt like they had to.

“But it wasn’t like that at all, and I feel so lucky to have two head coaches who truly believed in me, and they both wanted to get me in a game. I felt so blessed by that.”

Though that initial obstacle was avoided with both of her head coaches, her journey to getting in the game during her senior season did not come without its hardships. She participated in every workout that the rest of the team did, from position practice to weights, pushing herself to her limits physically, mentally and emotionally each day. But looking back, it was precisely those moments of exertion that allowed her to grow both as a player and person.

“I grew so much from the experience,” she reflected. “Looking back on my life, that was the time when I was truly living. The personal challenges and obstacles that I had to overcome…realizing what I’m capable of all through constantly being against the current and having to overcome barriers of how people saw me…I credit so much to those four-and-a-half years. I tested myself physically every day, and mentally and emotionally. I know that I am capable of achieving these goals. There isn’t anything in front of me that I can’t achieve.”

On that Saturday afternoon in mid September, Goss knew that if she was going to get in a game, it was going to be that game. Though she usually kept her nerves in check during games in order to stay supportive for her teammates, the anxiety began to creep in until her kick went through the uprights.

“I honestly don’t even remember the kick itself. But it was incredible. My teammates picked me up and put me on their shoulders. It was cool that I did something, but it was the way that I was treated by my teammates and how they were so happy for me…knowing that it wasn’t just about me, but also about what we had accomplished as a team.”

Though she was aware that what she was doing was not common and she had set a goal to get in the game, it was never about the historical significance of the kick for her. It was about pursuing a dream through being the best team player she could be.

“Through playing college sports, I thought that my experience would be a lot different than it actually was. I thought my challenges would be these surface-level issues, and it ended up being so much deeper. Once you’re retired, you realize how much of your identity is really found in sports, and you have to figure out who you really are.

“So I realized what was truly important to me, and that was my faith and pursuing something where I could truly help another individual. I care so deeply about my teammates, and while I was there, I wanted them to know that their worth and their identity was not just in football.”

Now a Golden Flash-turned-Tiger, Goss is a graduate student studying counselor education at Clemson and is a graduate assistant at Vickery Hall, working in athletic-academic services. Through her work, she has finally found a way to hone in on that passion for helping and connecting with people. She is getting used to Clemson being her new home, but she is also eagerly anticipating her alma mater coming to Death Valley for the opening game on Sept. 2…a game that falls on her birthday. A number of her coaches are still with Kent State’s program, and she is looking forward to re-uniting with some of the people who believed in her the most.

Goss said that while she appreciates that she is a part of history, she sometimes cannot believe that she is one of only two female players to do what she did. As encouragement to other girls looking to break the mold and join a football team, she notes the importance of believing in themselves, as cliché as that might sound.

“I would say to believe in yourself and what you’re capable of, and don’t let other people affect how you think of yourself and your abilities. Stick it out, and do it for yourself. Don’t let it become about anybody else.”