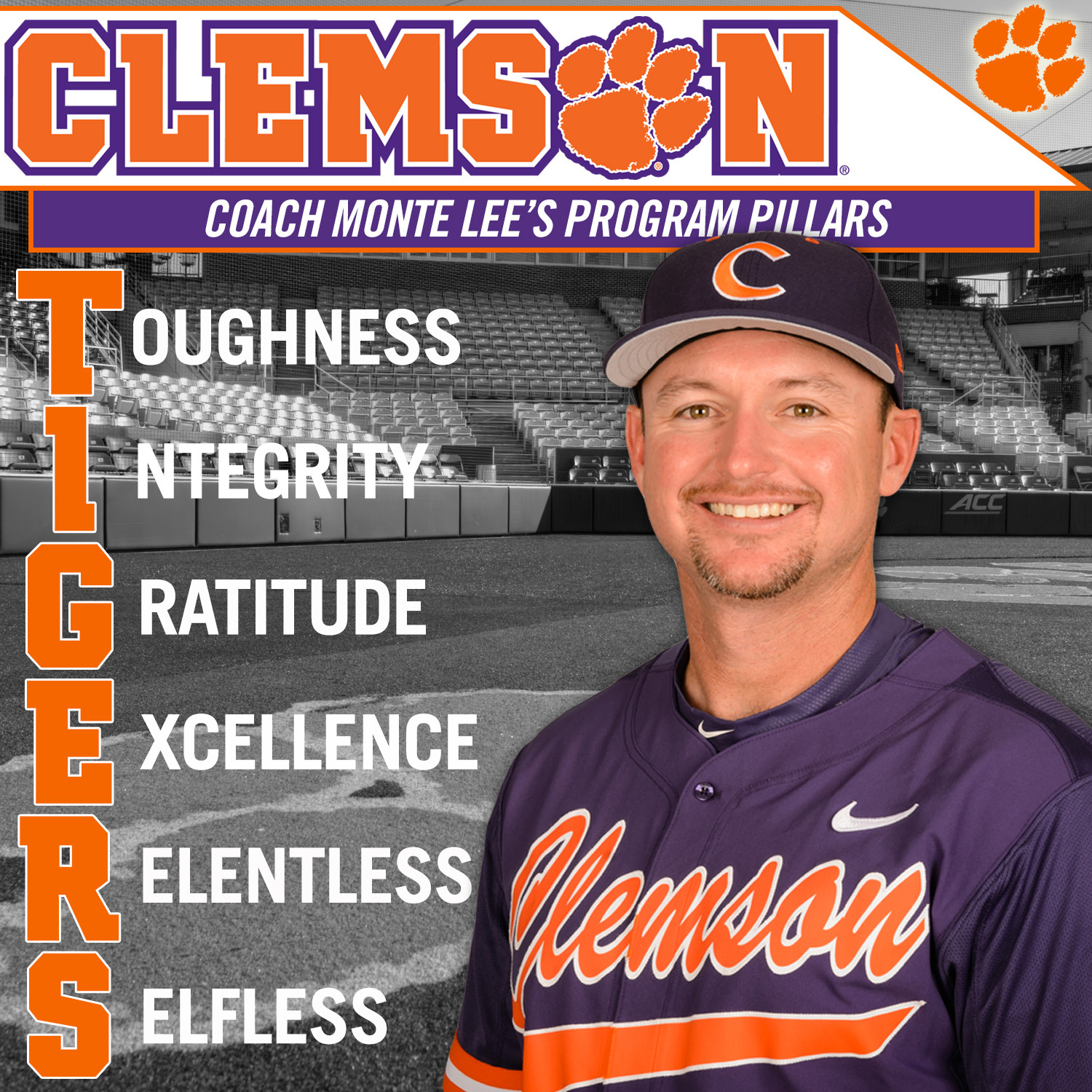 Head coach Monte Lee has been on the job at Clemson for two months and has hit the ground running with his nonstop recruiting efforts. Like any coach, he is looking towards the future by bringing in top-notch players and young men who will build upon Clemson’s tradition-rich history.

The returning players will soon report back to campus as well. Those players will get a consistent dose of Lee’s program pillars, as outlined in his introductory press conference in June. The acronym, T.I.G.E.R.S., lists six areas he will stress during the fall semester and beyond.

Fall practice does not begin until late September, but in the meantime, Lee will begin to mold his players through toughness, integrity, gratitude, excellence, relentlessness and selflessness.