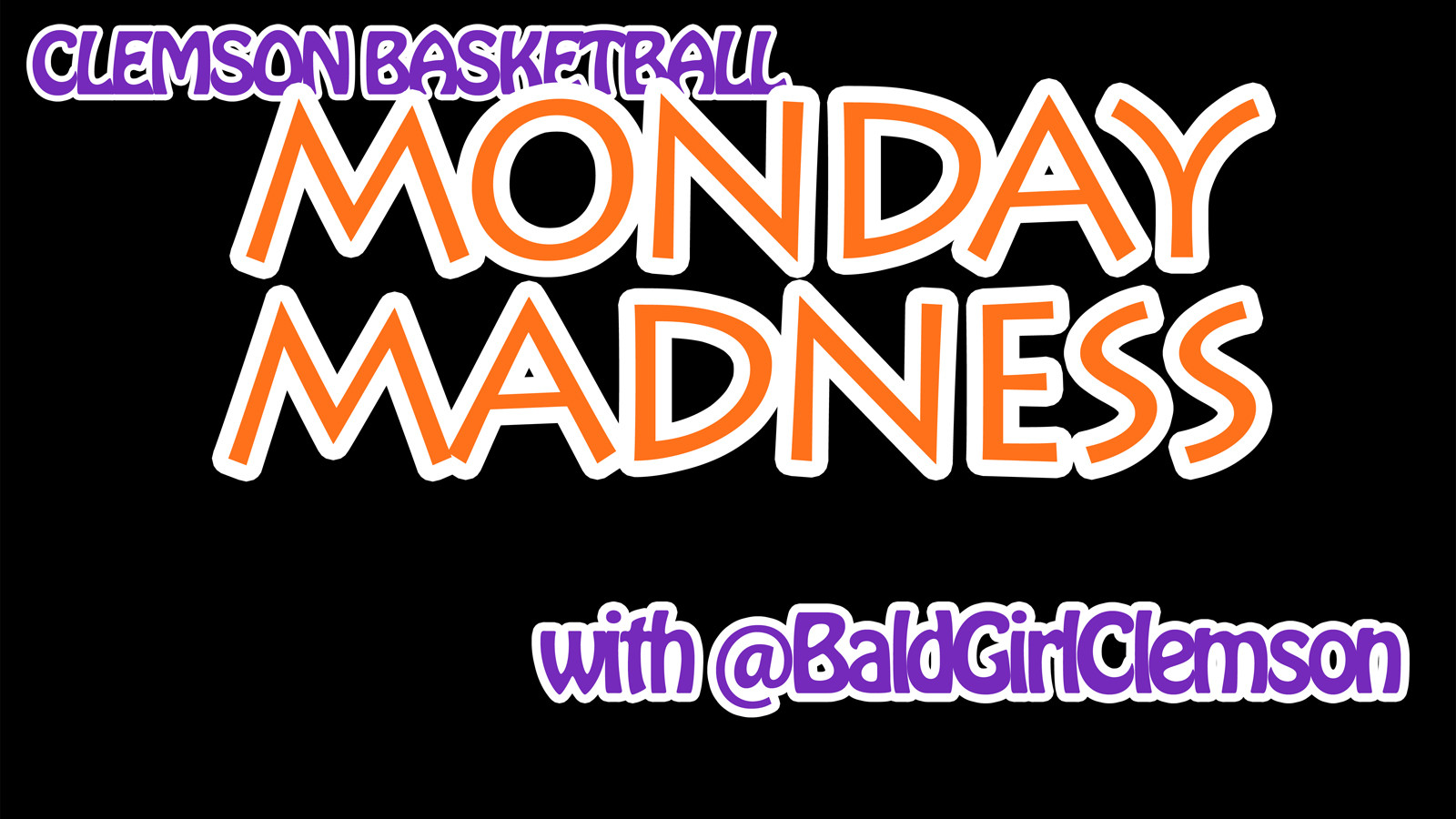 Note: Due to technical difficulties, this week’s Monday Madness is being presented to you on Tuesday!

ClemsonTigers.com has introduced a new video series for the 2013-14 basketball season called Monday Madness, hosted by @BaldGirlClemson Christine Williamson.  The feature airs twice a month throughout the season, and highlights players from the Clemson men’s and women’s basketball teams.

Today’s video features junior guard Kelly Gramlich.  In addition to basketball, Gramlich talks to @BaldGirlClemson about some of her favorite singers and television shows, and discusses how South Carolina barbecue compares to that in her home state of Texas.