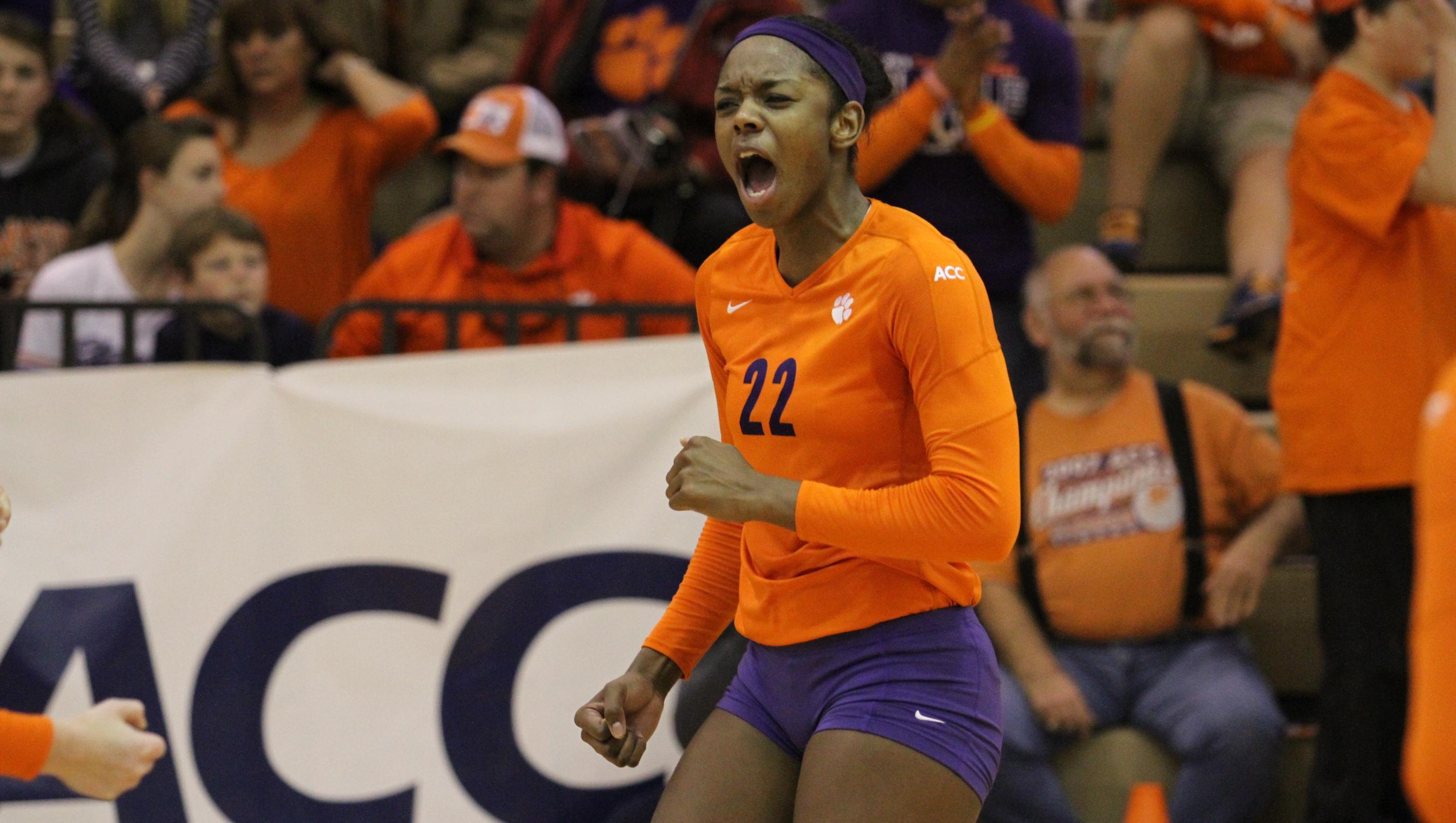 CLEMSON, SC – Senior outside hitter and First Team All-ACC performer Mo Simmons collected another honor, as the American Volleyball Coaches Association (AVCA) named her to its All-Region squad for the East Region. Simmons led all ACC players with 549 kills and a 4.46 kills per set average this season. The All-Region honor is the first of her career.  Simmons’ selection to the 14-member team caps a career that saw her finish as one of just seven players in school history with more than 1,000 kills and 1,000 digs.  Simmons achieved one of the most prolific offensive seasons in school history, finishing with an ACC-leading 549 kills, a 4.46 kills/set average, and 599.5 points scored. Simmons’ kill total was the 4th-most in a season in Clemson history, the average is sixth, and her 1,570 attempts this year were behind only Leslie Finn’s 1739 in 2004.  Simmons had double-figure kills in 29-of-31 matches, including 25 in a row at one point. She had 20 or more 11 times, including a career-best 28 vs. Syracuse on Oct. 27. She also set an ACC record with 24 kills in a 3-set win against Notre Dame. No ACC player in the 25-point era has ever had more kills in a three-set match.  Clemson finished the season with a 15-16 record and a  9-11 record in ACC play.