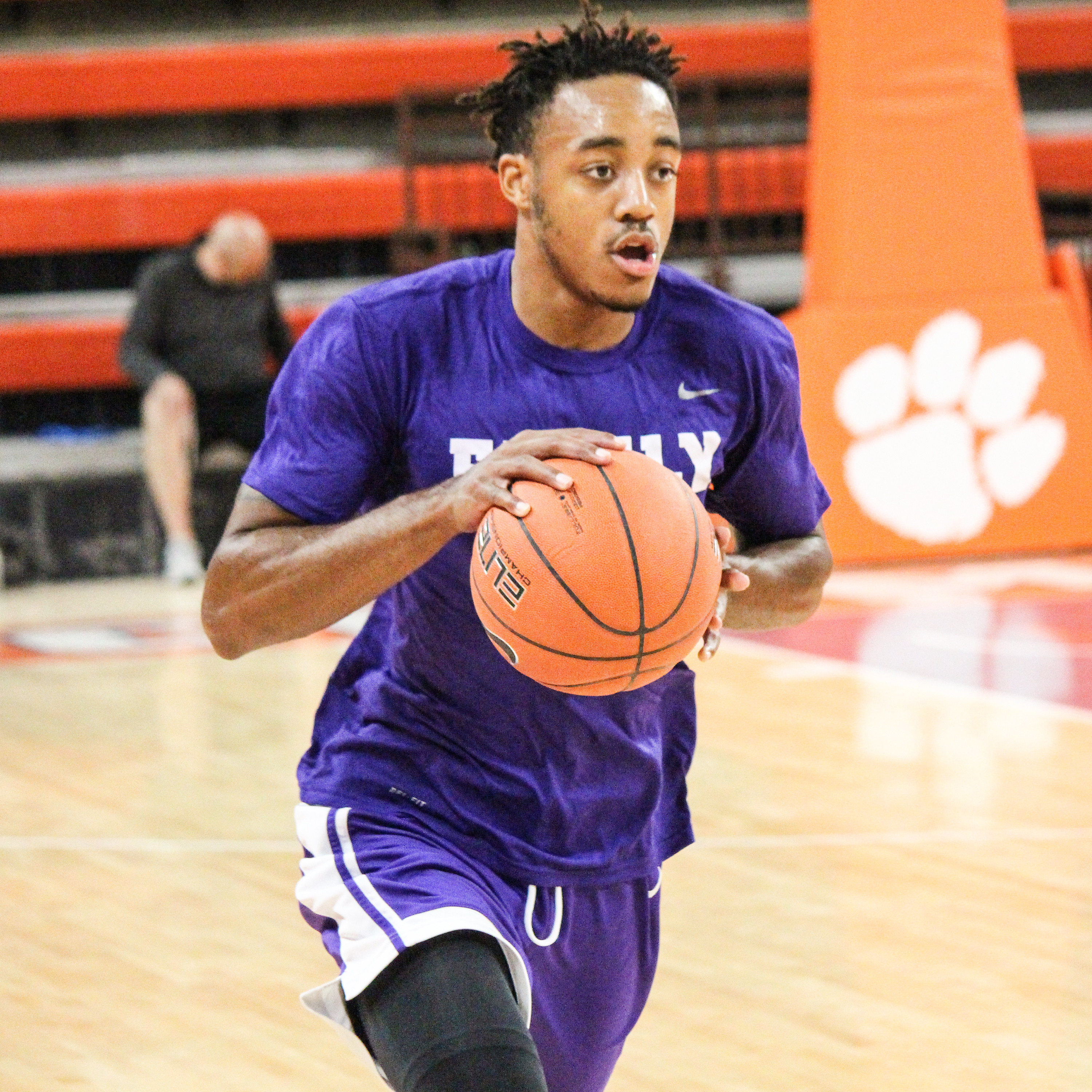 Sporting a roster with talent and experience, this season’s Clemson men’s basketball team is expected to boast an abundance of depth. With versatile, elite talents, such as reigning First-Team All-ACC small forward Jaron Blossomgame and starters Donte Grantham and Avry Holmes back in the fray, the overwhelming sense regarding this year’s team is that it will turn heads with its bevy of playmakers.

However, two such playmakers are flying somewhat under the radar two weeks into preseason practice, as they have waited patiently to assimilate themselves into the lineup and contribute with their unique skillsets.

Both transfers who sat out this past season due to NCAA transfer rules, redshirt sophomore guards Shelton Mitchell and Marcquise Reed are excited to have the opportunity to play with a team that perfectly complements their offensive playing styles.

“We have so many guys who can make plays,” Mitchell remarked when commenting on Clemson’s bounty of playmakers. “I think it’s something that I can get used to.”

Mitchell, a 6-3 point guard, transferred to Clemson after an impressive freshman season with the Vanderbilt Commodores, in which he collected 103 assists. A highly effective passer and a capable scorer, Mitchell exudes confidence while on the floor, and, thus far in practice, he has meshed well with his teammates and is pleased with how preseason practice has fared so far.

“Everyone being competitive and going at it every day is really helping, and I think everyone likes it.”

The fast-paced guard will be looked upon to fill the shoes of former Clemson guard Jordan Roper, who graduated following last season. One of Mitchell’s strengths is consistently creating scoring opportunities for teammates. Head coach Brad Brownell recently described Mitchell as “a confident offensive player who plays with great pace and creates easy baskets for other players.”

As for Reed, a 6-3 shooting guard, his tenacity is infectious, and he has turned heads thus far in fall practice, frequently making some of the toughest shots on the floor and inciting Brownell to state that Reed’s “offensive confidence is his greatest strength.”

Despite his calm, stoic personality, Reed has already proven to be an offensive spark plug for the Tigers, serving as a formidable scoring threat from.

In his lone season at Robert Morris, Reed, then a true freshman, helped lead his squad to the NCAA Tournament, where he scored 19 points in a First Four victory. Reed hopes that his March Madness experience will serve as a valuable commodity this year on a Clemson team aiming for an invitation to the Big Dance.

“I’ve had that experience before, so it’s going to enable me to guide these guys and let them know what it takes to get there.”

Fresh off of Brownell’s five-week preseason challenge, the two newcomers to the Tiger rotation feel closer than ever with their teammates and have been able to notice the positive repercussions stemming from a series of team-building exercises.

“We had to overcome a lot, physically and mentally,” Mitchell said of the five-week challenge. “I think that got our team closer as a unit and got us really excited to finally be able to play with each other.”

Reed echoed that excitement regarding the closeness of the team following the preseason challenge, saying, “We are starting to gel together as a team, and the chemistry is getting really good. So I think we’ll be ready when November 11 comes for the first game.”

From learning to row an eight-seat shell in unison to completing a community service project with ClemsonLIFE, Brownell’s series of challenges definitely strengthened the cohesiveness of his players on and off the court.

After a yearlong playing moratorium, Mitchell and Reed are eager to contribute in-game for the Tigers beginning this fall, and both have high hopes for what looks to be a promising season. When discussing his outlook for the season ahead, Reed said, “My expectations for this season are for me to do everything that I can to help my team win and take Clemson to the NCAA Tournament.”

Perhaps the most alluring element to this season’s team, which is conspicuously rife with offensive firepower, is the number of different scoring options. In today’s college basketball scene, a team can never have too many skilled offensive players, and Shelton Mitchell and Marcquise Reed will serve as valuable weapons in that department for the Tigers.