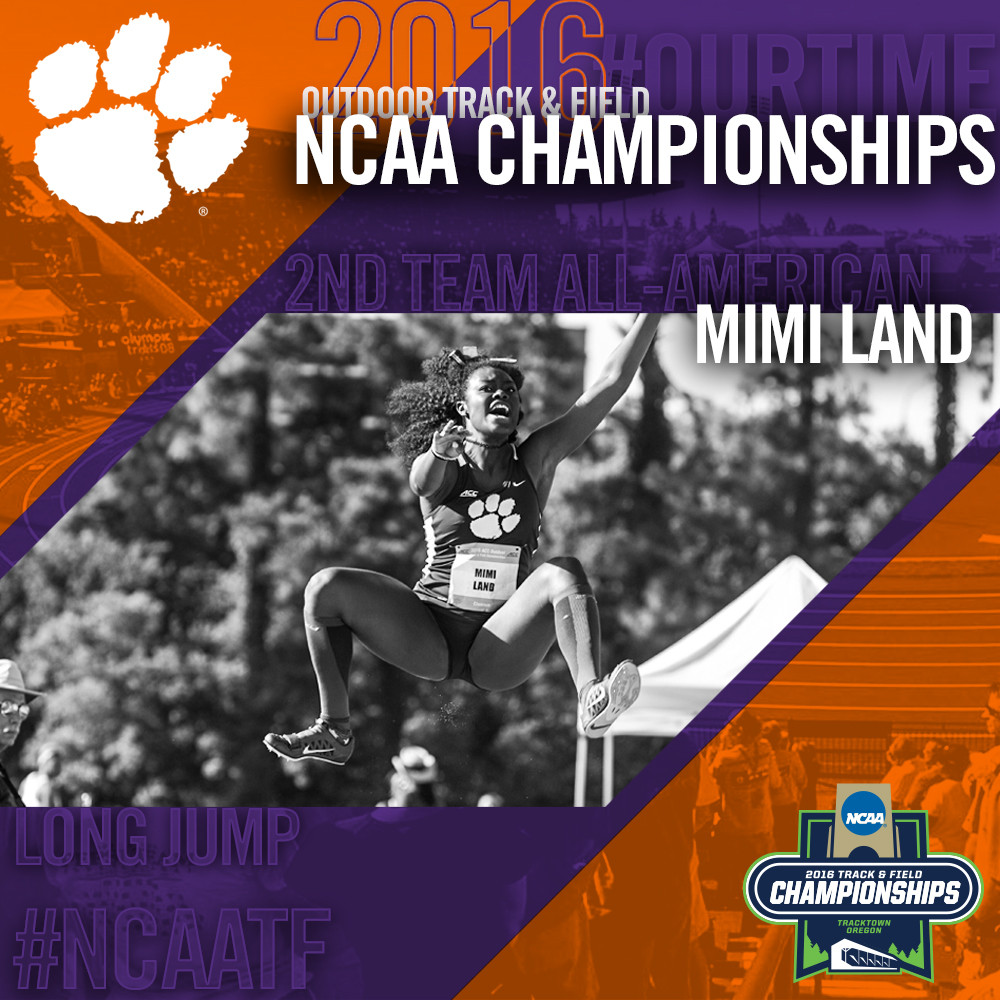 EUGENE, Ore. – On day two of the 2016 NCAA Outdoor Track & Field Championships, Mimi Land earned Second Team All-American status in her first-of-two events this championship. The women’s 4×100 meter relay team competed but failed to convert on the third handoff and was unable to register a time.

Land leaped into the top eight in a field of 24 with distance of 20-0.25 on her first attempt in the long jump. Her second attempt was her best of the day, improving her initial mark by 20-2.25 but the jump wasn’t far enough to qualify her for the finals. She finished in 14th place, declaring her a Second Team All-American in the event. She’s also slated to compete on Saturday in the high jump at 6:00 p.m. EST.