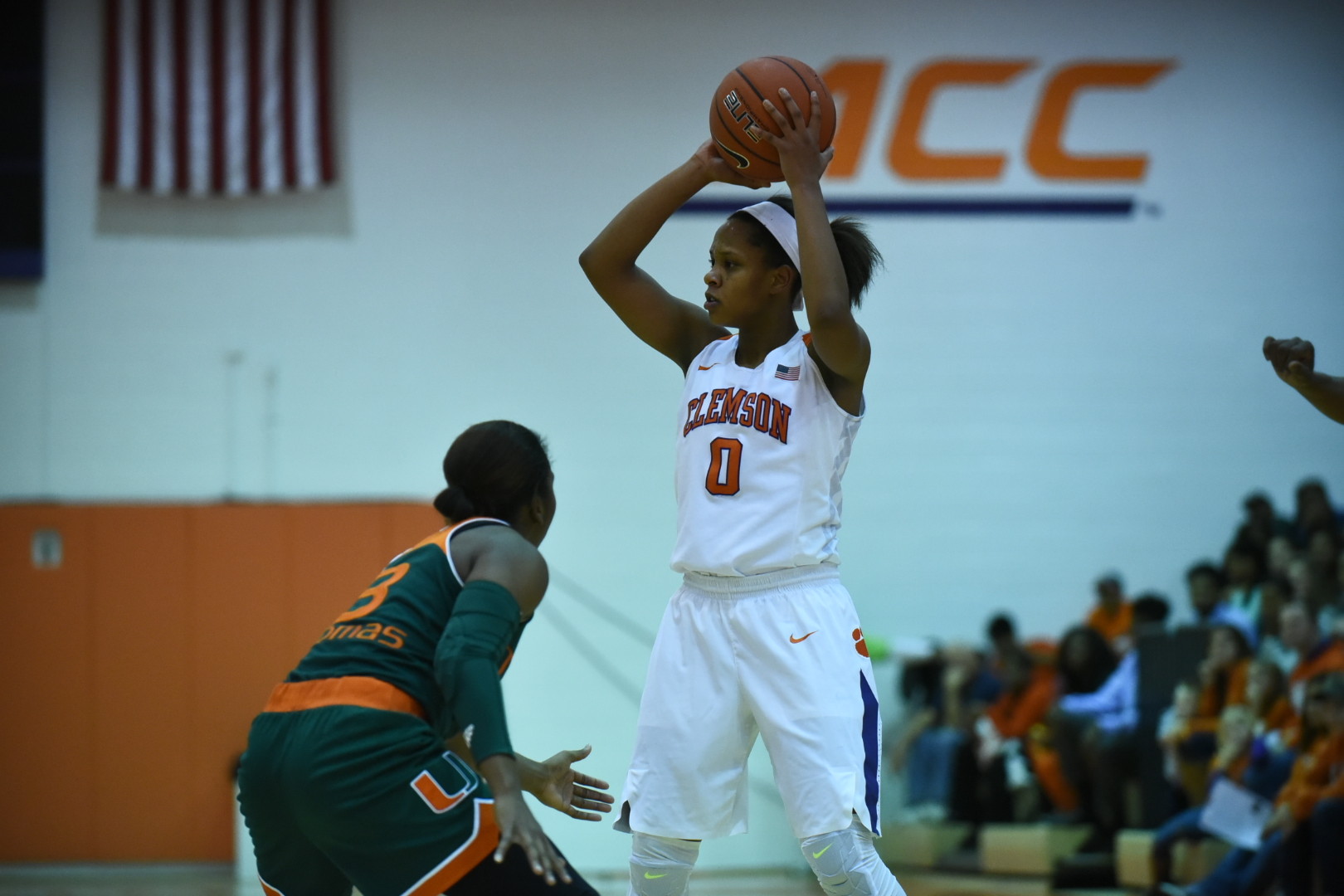 CLEMSON, S.C.- The Clemson Lady Tigers (4-11, 0-2 ACC) fell to the Miami Hurricanes (15-2, 3-1 ACC) by a final score of 83-49 in the Tigers’ ACC home opener in Jervey Sunday evening. Sophomore Nelly Perry led the Tigers with 14 points, four assists and three rebounds in the contest.

“Miami is very athletic and aggressive and it’s hard to simulate that type of pressure in practice. That first quarter was tough but we came back and competed in the second, third and fourth quarters and Miami still had some of their top players in the game at that time. The three-point line killed us tonight and we turned the ball over way too much,” head coach Audra Smith said.

Miami began the game on an 8-0 run, fueled by two three-pointers by junior Adrienne Motley. The Hurricanes never looked back after that, finishing the quarter on an 18-4 run and connecting on four more shots from behind the arc.

Clemson picked it up in the second quarter, as Perry scored five points and freshman Sirah Diarra added four points and three rebounds. However, Miami still led at halftime, 47-15.

The Tigers and Hurricanes played an almost even second half, as the Hurricanes outscored Clemson 36-34 in the final two quarters. Despite the improved effort of the Tigers after halftime, Miami’s lead was too much to overcome in the final twenty minutes of action.

Clemson is back in action on Thursday, Jan. 14 at 7 p.m. when they host the Florida State Seminoles in Jervey Gym.