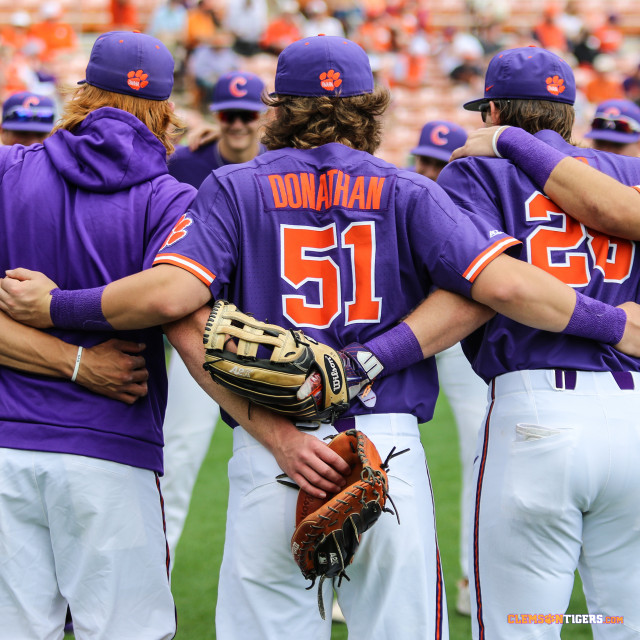 CLEMSON, S.C. – Evan McKendry tossed a complete game as Miami (Fla.) downed No. 3 Clemson 6-1 in the first game of a doubleheader at Doug Kingsmore Stadium on Saturday afternoon. The Hurricanes took a 2-0 lead in the series and improved to 15-19 overall and 9-8 in the ACC. The Tigers dropped to 25-10 overall and 10-7 in ACC play.

The Hurricanes broke through with four runs in the fourth inning, highlighted by Romy Gonzalez’s two-run double, then they scored an unearned run in the sixth inning. Kyle Wilkie put Clemson on the scoreboard with a run-scoring single in the seventh inning, then Miami responded with a run in the eighth inning on Alex Toral’s single.

The series concludes with the second game of the doubleheader at 5 p.m., on ACC Network Extra. Kids can run the bases postgame.