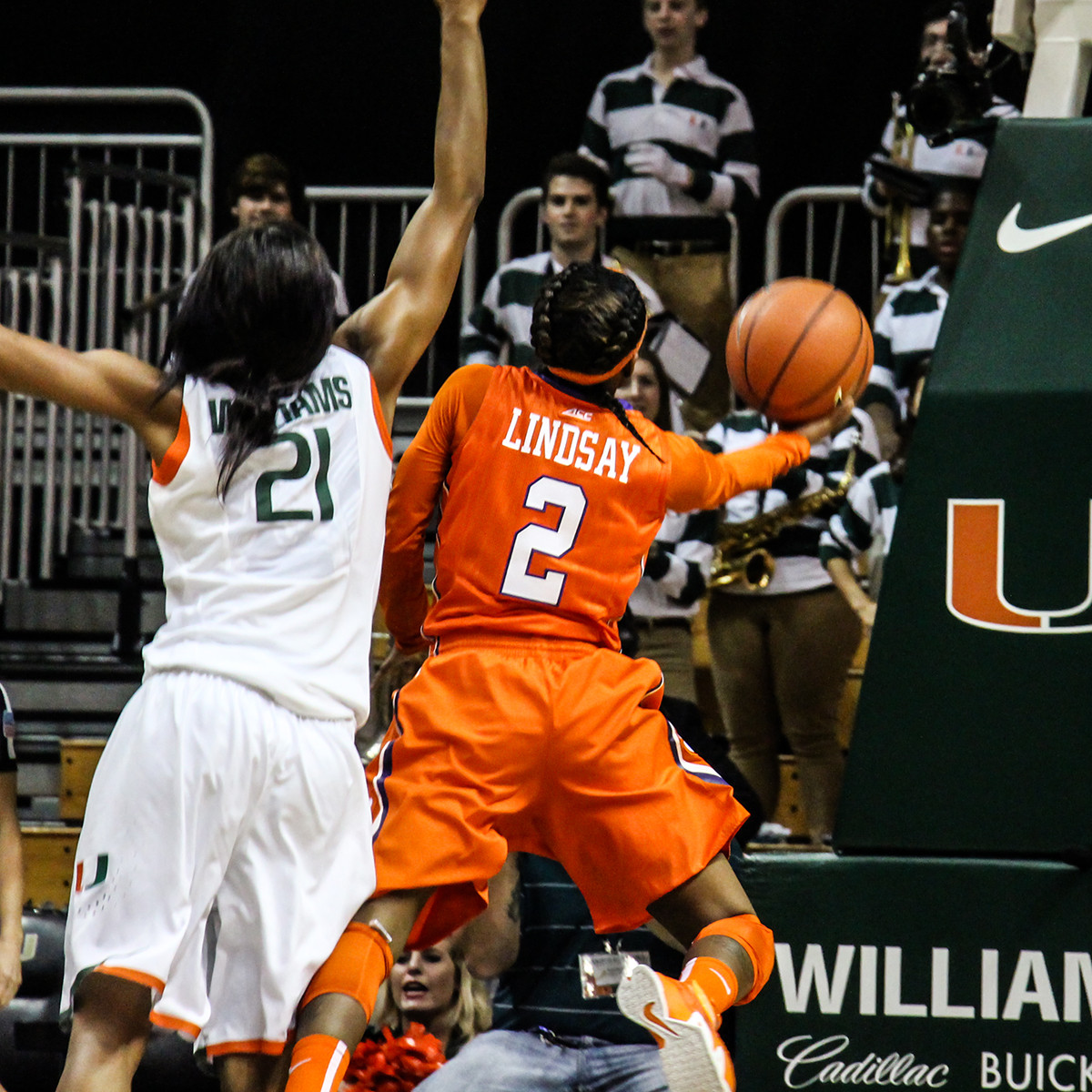 Last season, Clemson held Miami to a 1-for-27 stretch in a 60-52 win in Littlejohn. This time in Coral Gables, it was the Hurricanes who had the big defensive stand to stake a big lead.

Nikki Dixon finished with 10 points, six rebounds and three blocks to lead the Tigers in all three categories, while Chelsea Lindsay hit a career-high three three-pointers and finished with nine points. Every Tigers that appeared in the game scored, with ten of the 11 making field goals.

The Tigers took an early lead, and the teams traded hoops early, with four Tigers scoring in the early going. However, after Shelbie Davenport’s jumper with 8:45 left in the first half cut the deficit to 23-19, the Tigers went more than 14 minutes until Dixon’s layup with 14:41 to play in the second half. During the drought, the Tigers were 0-13 with seven turnovers during the stretch.

Clemson will look to bounce back on Sunday against a top-ten UNC team in Littlejohn. The game has been designated Mascot day, and there are several ways for fans to receive discounted tickets to the contest.