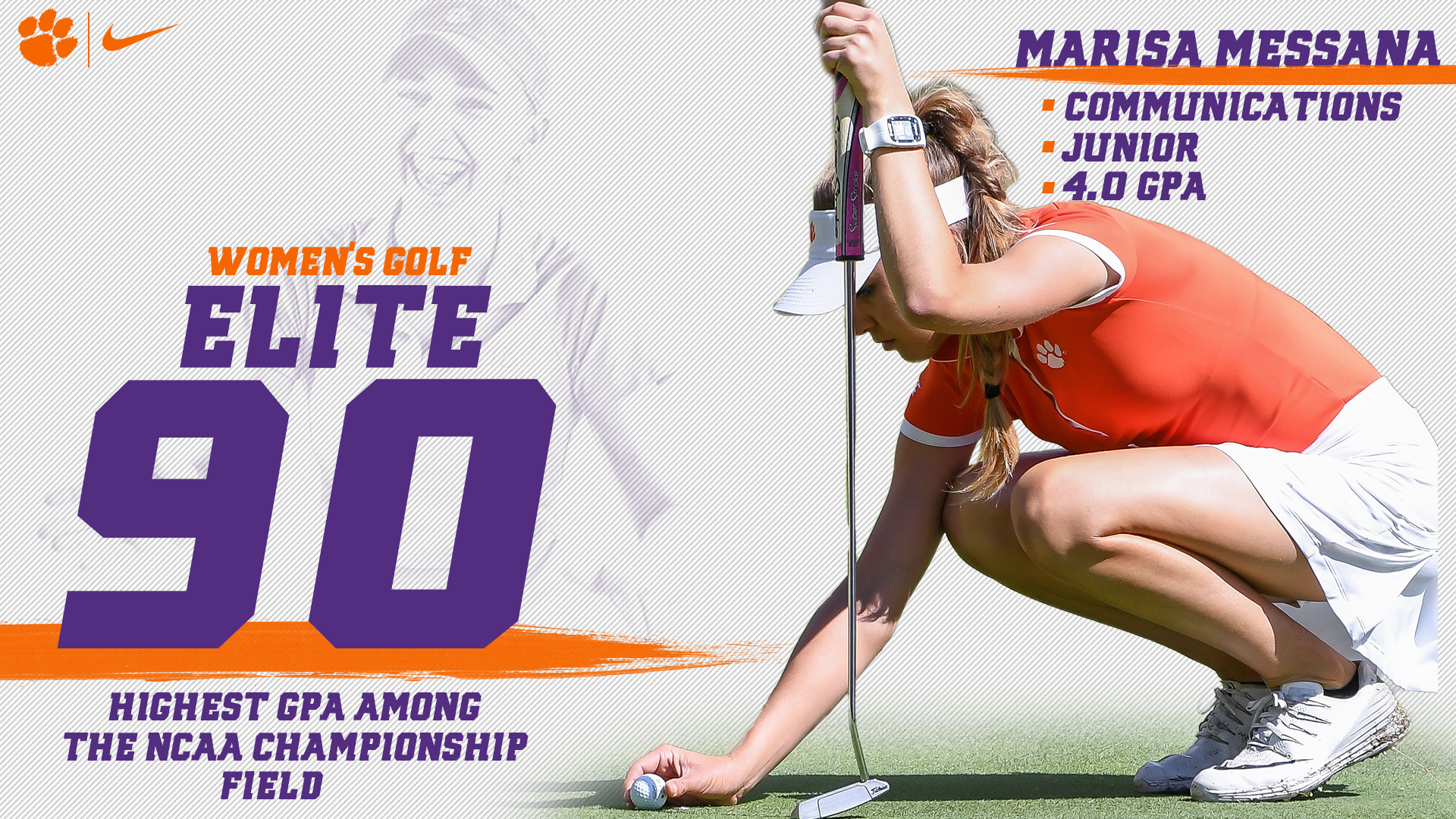 Clemson, S.C.—Clemson’s Marisa Messana is the 2017 recipient of the NCAA Elite 90 Award for women’s golf.   The NCAA presents the award at each NCAA National Championship event to the student-athlete with the highest cumulative GPA among the competing athletes at the national event.

Messana is one semester from graduating and has a perfect 4.0 GPA in communications. The native of Fort Lauderdale, Fla., has been named to the All-ACC Academic Team and has been named an Academic Scholar by the Golf Coaches Association each of the last two years.

Messana is a veteran of 28 tournaments for the Tigers, second on the Clemson career list.   She is also third in school history in birdies (157), and was the first Clemson women’s golfer with a pair of top 25 finishes at the ACC tournament.

Messana is the second Clemson golfer in history to win he NCAA Elite 90 Award. Stephen Behr won the honor at the 2016 Men’s NCAA National Tournament.