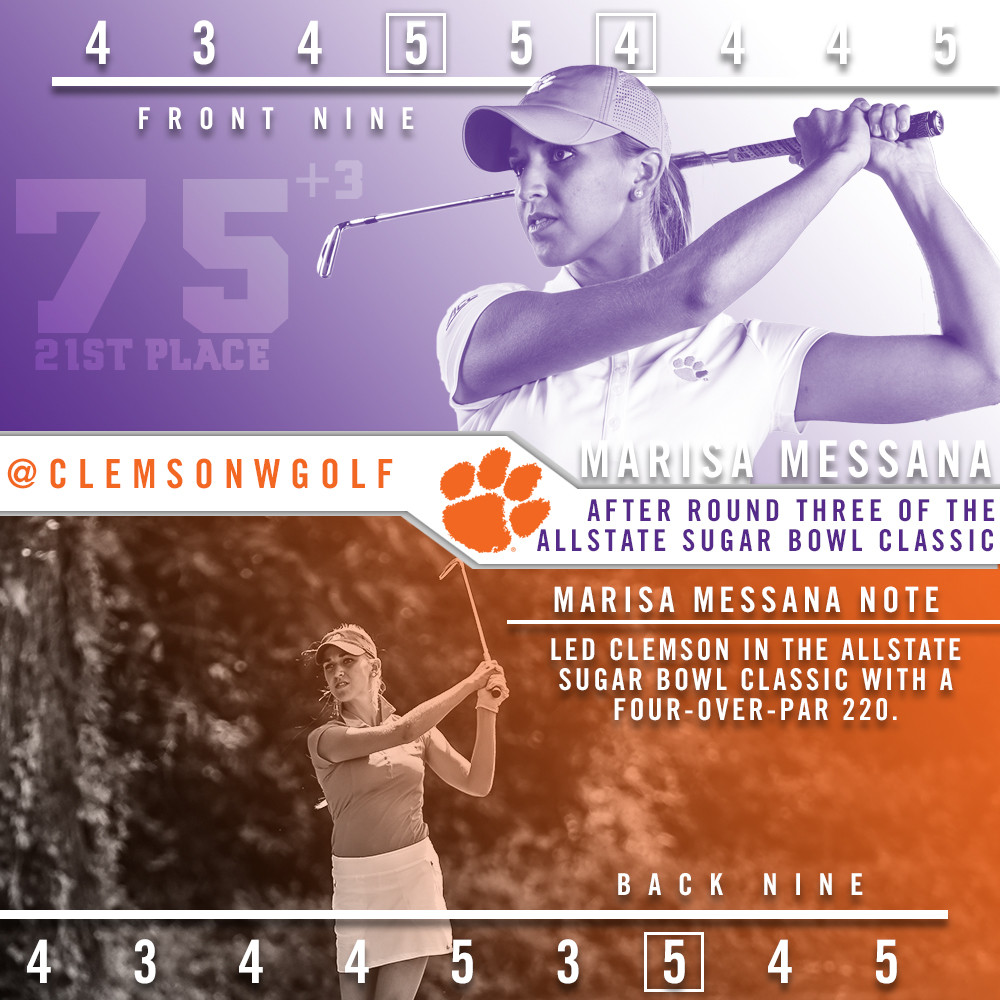 NEW ORLEANS, La. – In her first tournament of the 2016 season, Marisa Messana took advantage of the opportunity and led the way for Clemson at the AllState Sugar Bowl Classic. The Tigers finished 15th overall in a field of 17 with six of the top 13 teams in the country among them. The sophomore finished the tournament with a three-over-par 75 to tie for 21st overall with a four-over-par 220.

Messana’s season-best, one-under-par 71 yesterday highlighted her effort. She finished the tournament with seven birdies, four of which came in yesterday’s round.

Sloan Shanahan rounded out the scoring four with her 238 in the tournament.